Safety studies are essential before GM crops are approved 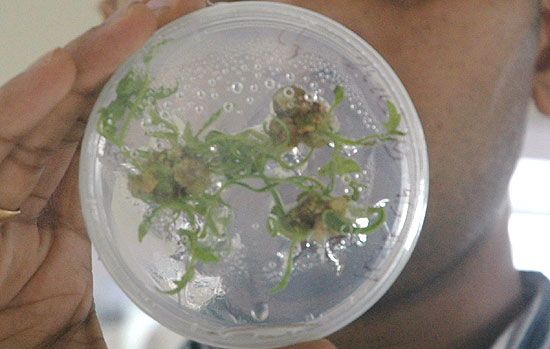 It is with great relish that Mathura Rai, director of the Indian Institute of Vegetable Research (IIVR), recalls being taken to a Bt corn farm by his hosts at Michigan State University last year. “All of us enjoyed the corn the farmer had prepared. It was so tasty that many of my team members accepted the offer to get it packed for dinner,” Rai relates with a flourish. This endorsement is understandable given that the IIVR campus, located 30 km from Varanasi, down a bumpy single-lane road, is one of the 11 locations across the country where field trials of Bt brinjal are being conducted.

Taking time off from a recruitment drive on campus, Rai is quick to defend the work being done on transgenic crops to improve food security. He says the data collected shows a sharp drop in use of pesticides and damaged fruits. “Approval for GM crops has to be done very cautiously after conducting all safety studies,” he emphasises. The GM crops are being grown in secure and spanking clean labs and green houses that dot the campus.

Dr Major Singh, principal scientist leading the biotech initiative at IIVR, reveals that besides Bt brinjal, transgenic varieties of drought-resistant and virus-resistant tomato are being developed. Work has also been initiated on transgenic cauliflower, arhar and chana dal. “Having completed contained greenhouse trials of Bt tomato, we are ready to seek permission for field trial,” says Singh. Over the past few decades, IIVR has had a successful record in developing (through conventional methods and molecular-assisted breeding programmes) as many as 400 varieties of high-yielding tomatoes, brinjal and chilli among others. With all eyes on GM food, IIVR’s real test will now lie in addressing safety concerns.