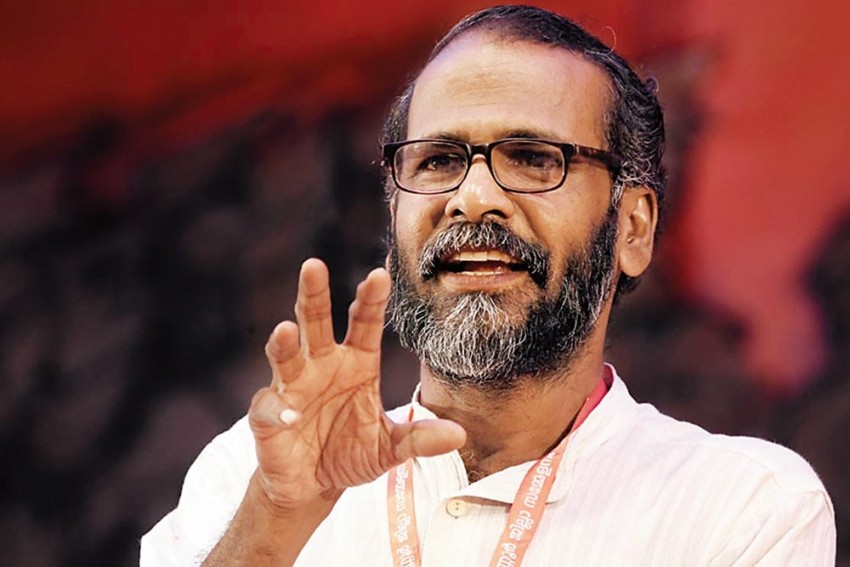 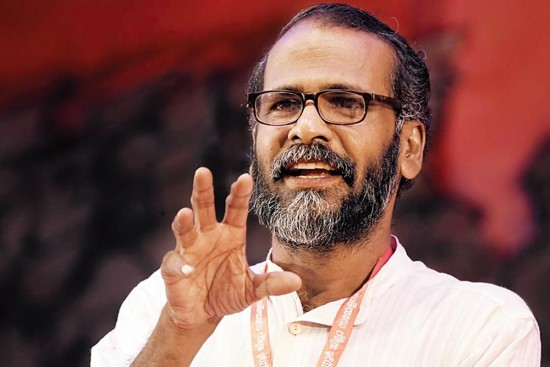 Kerala-based writer and orator Sunil P. Elayidom faced death threats and had his office vandalised because of his views in favour of the Supreme Court verdict on Sabarimala. Elayidom, who’s close to the ruling CPI(M), spoke to Preetha Nair. Edited excerpts:

You were at the receiving end of death threats and relentless social media abuse from right-wing groups. What was the provocation?

It started in 2015 after my lectures on nationalism, Mahabharata and social ref­ormers like Sree Narayana Guru. For the past two months, it has been more coo­rdinated. They are trying to silence me.

Kerala has been on the boil since the SC-ruling. Why is the order important?

There shouldn’t be any gender discrimination when it comes to faith. The SC stood for right to equality by upholding Article 14. In Sabarimala, a complete ban on women’s entry was enforced by the High Court only in 1991. It’s not an age-old practice, as widely projected. The argument that the deity is in the form of a ‘Naishtika Brahmachari’ is baseless. Where is it written?

Isn’t that the widely accepted tradition?

Tra­dition is not religion...it inevitably changes. Even in Sabarimala, sha­yana pradikshanam (where devotees roll on the ground around the shrine) has been stopped. So the claim of protecting customs does not hold water.

You say the ban is a result of the temple’s ‘Brahminisation’….

Till the 19th century, the Sabarimala temple was run by the tribal Mala Arayans. Later, it was taken over by the Thazhamon family, which introduced Brahminical customs. Barring the entry of women was at the core of these Brahminical diktats. Under the 64 anachara tradition, menstruating women are supposed to be impure. This idea was imposed on Sabarimala only 27 years ago.

Has Kerala’s progressive facade come off with this agitation?

Kerala has seen many reform movements like Vaikom Satyagraha. Sadly, we couldn’t carry them forward…instead, we are walking backwards. So, though Kerala has a progressive image, the domestic space here is still very conservative. We failed to question the inequality and hypocrisy inside our houses. It’s entrenched in patriarchy, casteism and regressive practices.

The number of women protesting against the order tells a story.

This huge participation of women in fav­our of an anti-women tradition wouldn’t have happened if this was 1990 or 1981. Now things have changed. The BJP has made its presence felt; also, all religions are more regressive.

Who is to be blamed?

The entire political structure. Only feminists were addressing this issue, but they were ridiculed, even by the Left. Parties failed to understand the conservatism of our family structures, how it fed regressive religious beliefs.