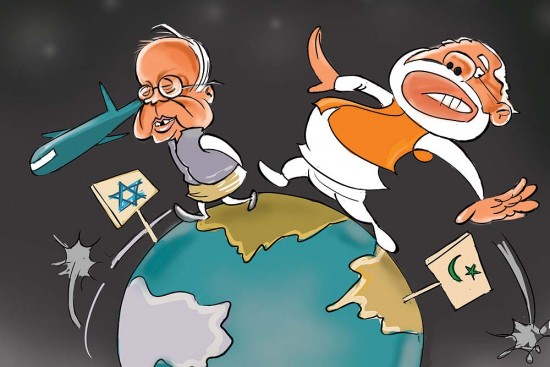 “You utter scum.... You are a coward and a killer.... You are less popular than Adolf Hitler right now.... The mouthwash at your clinic tastes like dish soap.”

Urban architects in Britain are pushing for the restoration of drinking fountains to encourage consumers to stop consuming packaged water...and help save the environment

Pakistan
India on the chair

Though not really a punishment, an Indian stint is considered “tough” for most Pakistani diplomats, especially the high commissioner. But the buzz in Chanakyapuri is that the current incumbent, Abdul Basit, may now end up in the foreign secretary’s chair, as did his immediate predecessor, Salman Bashir. Earlier, Jalil Abbas Jilani, who served as deputy in...