Towards Ruin: The Coast Is Finally Clear

Regularisation rather than regulation has become the norm in our coastal policy. What a foolish government! 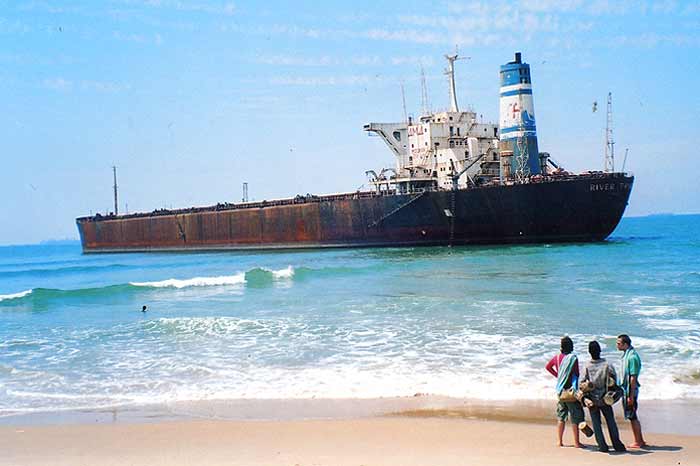 Indira Gandhi’s concerns about protecting the ecology of India’s coasts, which held sway for almost 20 years, are being subverted under a regime supervised by her daughter-in-law and grandson. Claude Alvares—who has been involved with coastal ecology issues for decades—provides a stinging critique of the way the present dispensation is actively undoing one of India’s most significant environment regulations.


Who remembers? In November 1981, Indira Gandhi issued a stern letter to all the chief ministers of India’s coastal states stipulating that nothing should be allowed within 500 metres of the high tide line (HTL) in order to maintain the beauty and ecological integrity of the nation’s beaches.

As long as she was alive, no one dared to challenge the directive. It was finally replaced in February 1991 by a special notification under the Environment Protection Act which defined the stretch of 500 metres from the HTL as “coastal regulation zone” and introduced severe restrictions on new developments.

Within a year of the notification, then Union environment minister Kamal Nath was ready to bring it down. As is usually done, a committee was appointed headed by B.B. Vohra. Kamal Nath abused the committee’s report to notify changes, some as drastic as allowing construction of resorts within 200 metres of the HTL. Several of us moved the Supreme Court, and got the infamous amendments struck down. But the environment ministry was relentless. By the time Jairam Ramesh had arrived, the notification had been amended 25 times in less than 20 years, each amendment diluting it further. (If you want something to compare this with, the Constitution of India was amended 90 times in the space of 60 years.)

Through the 25 amendments, almost everything that Mrs Gandhi frowned upon was gradually allowed in the coastal areas, including SEZs and IT parks in a classic illustration of the fable about an Arab, his tent and a camel. In the fable, after seeking the Arab’s approval for bringing its feet into the tent, then its head, then its hump, the camel finally edges out the Arab from the tent altogether.

It was the NDA regime that decided to do away with the CRZ law altogether (it was Mrs Gandhi’s initiative, after all). So, one more committee was formed under M.S. Swaminathan. When it was done, the Swaminathan report castigated the environment ministry for the 25 amendments and said they were all in the nature of unwarranted dilutions. Nevertheless, rather mysteriously, it recommended scrapping the notification altogether and substituting it with a fresh notification called the Coastal Zone Management (CZM) notification.

We found out later through RTI applications that the final chapter proposing the CZM notification had been inserted by a separate sub-committee after the last meeting of the Swaminathan committee!

The replacement of the NDA government with the UPA regime made no difference to the move to dismantle the CRZ, even though the leading lights of the UPA were, as we all know, daughters-in-law or grandchildren of Mrs Gandhi.

When the CZM notification was notified in 2008 for receiving objections, the revolt against it was huge. More than 8,000 letters were received, including objection letters from the chief ministers of almost all the coastal states. Several consultations were held in various cities by the environment ministry through the Centre for Environment Education (CEE). The CEE filed a detailed report saying that the public opinion expressed in all the consultations—especially from the fishing community—was unanimously against the new draft that sought to replace the 1991 CRZ notification.

The environment ministry brought in Swaminathan again to undo the damage. He was now asked to head a new committee to recommend scrapping of the CZM notification, which he dutifully did. When I met him in July 2009, just after he had taken charge, Jairam Ramesh expressed astonishment that the eminent scientist could put forward two diametrically opposite recommendations within one year. But the report gave the government an opportunity to wriggle out of a difficult situation. The government thereafter allowed the CZM to lapse and announced proposals to amend the 1991 notification instead.

Purportedly in response to this, a “pre-draft CRZ notification”, a sort of trial balloon that we can safely call a “daft” CRZ notification, was circulated in April 2010 which allowed construction even within 200 metres of the HTL, and several other monumental stupidities.

In response to the charges of the fisherfolk that their views were not considered, Jairam announced a series of fresh consultations on the “pre-draft”. It got fresh banging from not just the fisherfolk, but from alert environmentalists and state governments as well. The report of the consultations with the fisherfolk was uploaded by the ministry on its website.

This time the fisherfolk were noticeably furious because the results of the entire consultation process had simply been ignored in the new draft. In other words, the consultations had been a massive waste of public time and money. By this time, however, Jairam had lost all his patience with the objectors as well. In November, the fisherfolk showed they meant business when they ordered a total halt to any fish sale in the entire country. (Earlier, they had shown they could protest effectively with their boats blocking and affecting the functioning of all the country’s ports.)

So where have we finally reached?

Whereas Mrs Gandhi’s letter expressly forbade any development except low-scale fisherfolk stuff, the new draft allows almost everybody to be in the CRZ, even those who do not need to be there at all, be it SEZs, nuclear reactors, mass housing projects, airports, ports, roads or bridges. It even permits a whole lot of development between low and high tide lines (a zone submerged by sea water twice a day) which I am sure even Kamal Nath would have baulked at! These include roads on stilts, community centres, dispensaries, community toilets, desalination plants and bridges.

As a sop to environmentalists, the new notification gamely extends the CRZ across the 12 nautical mile zone, where, except for fishing, nothing else happens.

The prelude to the draft grandly declares that the government is doing all this heroic work to protect the interests of the fishing community and to safeguard the coastal ecology in view of sea level rise in the context of climate change. In fact, the fisherfolk get a massive kick in the teeth, even while all those people Mrs Gandhi expressly wished to keep out are not just welcomed with garlands but now also get a right to be there!

I have often wondered at the marvels of lawmaking in this country. The CRZ notification was designed to restrict and limit activities in the CRZ. Today, it legitimises atomic reactors and stilt bridges in even ecologically sensitive areas (CRZ-I). Since the careless EIA (environmental impact assessment) process—which the minister is unable to mend—allows every one who has 4,000 metres in CRZ-III areas a right to put up a hotel, the notification has ended up legitimising and allowing more and more hotels, a situation it was actually intended to prevent. In Goa, for instance, some stretches have 3-4 five-star resorts per kilometre! All these new entrants will claim their pound of the coast’s ecological assets, from sand dunes to mangroves.

In the two decades that the 1991 CRZ notification ruled, the environment ministry displayed minimal commitment to its enforcement or implementation. Almost all work of implementation has been done by NGOs through the high courts and the Supreme Court. In Goa, for instance, the high court has banned all residential construction in the entire CRZ now for 12 years, and all hotels for the last four years. Since even today implementation of environment statutes and conditions is almost non-existent, allowing a whole lot of new actors with rights into the coast is a sure recipe for ruin.

What a foolish country! What a foolish ministry! What a foolish government! Botanists have proved that in many areas of the world, trees are migrating to higher zones as a species to accommodate to new temperatures associated with climate change. Trees are supposed to be rooted, unable to move or migrate. Despite this, they are taking steps in the interests of their own survival.

Just when the entire world scientific opinion says get out of the coast, in India we have a notification that effectively says, ‘Welcome all ye here!’ The new regulation will be notified in January 2011. What a great way to start the new year! Amen!

Alvares is the director of Goa Foundation, which has fought several PILs for implementing the CRZ notification in Goa and elsewhere.