Towards A Strategic Vacuum 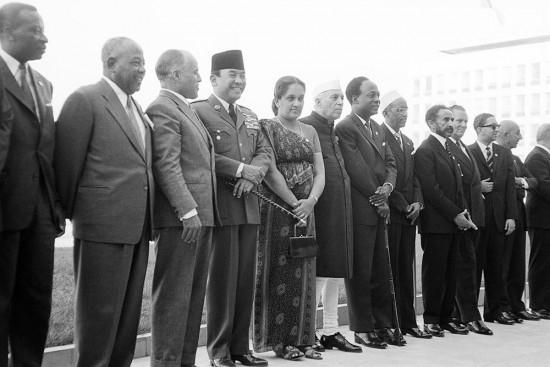 The world is in crisis. The risks from climate change, a renewed threat of nuclear weapons, the Long War on Terror, a refugee catastrophe and the possibility of ecological collapse have fed widespread anxieties about economic security and personal safety. Everywhere there is clamour for solutions, yet never have the options felt more restricted. On the one hand, there is the liberal order, which has brought us austerity, global corporatism and soaring inequality. On the other lies a return to majoritarian nationalism, which, unfettered by international institutions, helped lead humanity to two world wars.

India, for its part, has sought to play it safe, adopting muscular, majoritarian nationalism at home while embracing the liberal order abroad, unwilling or unable to make a clear choice between the two, or to think creatively beyond them. In contrast with this lack of imagination, India’s anti-colonial pioneers dreamt of a country on the move, in the world, alive with possibility. They brought commitment, energy and an undeniable zeal for tackling intractable problems, to make the impossible possible. The fate of India and that of the global polity, they insisted, were inextricably linked. As they applied their ideals, they inspired a generation to think and act in new ways, and their insights may well yet offer a pathway out of our current predicament.