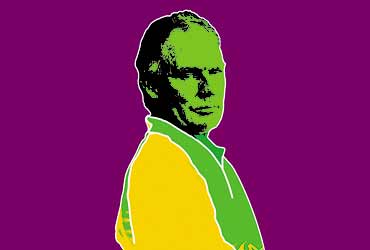 Sources Close To Chappell "It’s important that the more experienced batsmen and bowlers take it upon themselves to see the team through, particularly in key matches," was a mantra greg kept drubbing in, of course alluding to Tendulkar and harbhajan singh.

Sourav vs Dravid: ‘I Know What Is Right’

During Sourav Ganguly’s knock of 66 (129 balls, four fours) in the opening game against Bangladesh, Dravid is reported to have sent word twice or thrice to his predecessor to get the scoring rate going, but did not draw the desired response. The left-handed batsman, known to be a scourge of left-arm spinners, made just 45 runs off 69 balls against three left-arm spinners. He got out in the 44th over and left the later order with a lot to do, making Dravid fret and fume.

An SMS query about team composition that a journalist had meant for Sourav Ganguly ended up with another player. Of course, as is the nature of intrigues in the Indian team, the latter promptly shared it with skipper Rahul Dravid. The captain told Ganguly at a team meeting that he did not appreciate such interaction with the media. Ganguly shot back: "I have been captain of the Indian team and I know what is right and not. In any case, unlike you, I’ve friends in the media." Enough said.

Team India may have made a fast-track exit from World Cup 2007, but domestic fans and even hacks trooping from island to sleepy island in the Windies had their binocs glued onto a sordid cliffhanger unravelling in the subcontinent last week. Each day brought a new death over—full of twists and high drama centred around a clutch of compelling characters. On the last ball, coach Greg Chappell decided to "make himself unavailable for an extension". He cited personal reasons, but who would buy that line?

Mental disintegration. After a welter of charges and countercharges drew blood all around, the fabled Aussie technique of playing hard—playing to win—had rebounded. As Chappell and the senior players resorted to slight and innuendo, the BCCI, true to its nature, merely stood by. In fact, the coach saved India's cricket officialdom more heartburn by informing board president Sharad Pawar that he was opting out ahead of their meeting. One of Chappell's final lines as he prepared to end his 22-month stint was, "coaching the Indian team is one of the most challenging assignments in cricket". An understatement if ever there was one.

So, now the post-mortem and the inevitable questions. Has Indian cricket hit its nadir? Are the senior players guilty of making their juniors feel unwelcome? Ideally, Chappell's departure should provoke some soul-searching within the BCCI portals. And there are signs that some senior officials want to crack the whip. Sources say these figures have encouraged team manager Sanjay Jagdale to present an independent, honest account of the happenings on tour during the World Cup.

Ostensibly, Chappell stood by the team and its players in public but that attitude contrasted sharply with the thoughts he shared in private communication with some members of the media from time to time. As some of this leaked out to the public domain, naturally, it led to the players questioning his motives and even wondering if he was playing Dr Jekyll and Mr Hyde, out to bamboozle them and create insecurities? Sample his recent words: 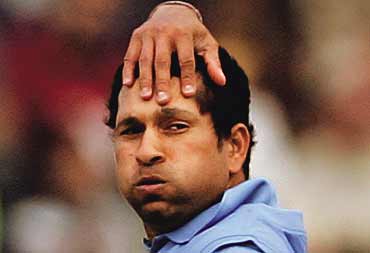 "It's a collective responsibility. We didn't play well enough and it's a disappointment that everyone has to share," he said on the day India lost to Sri Lanka and went out of the Cup. "Obviously, I have to take some responsibility and I am quite happy to do that, I'm the coach. But I don't think the coaching staff alone must be blamed for what has happened here. Apportioning blame is not going to change what has happened."

A day later, it was collective failure again. "Casting aspersions and putting blame on this area, that area, this individual, that individual is not going to change the scene," he said in Port of Spain while all of India waited for Bermuda to miraculously lift India into the Super Eights with a win over Bangladesh. "It needs a thorough investigation into all aspects of what has led to this happening...and if we can do that, we can move forward."

A TV report last Monday, citing sources close to Chappell, said the coach had concluded senior players were ganging up and behaving like a mafia to "hammer and abuse" juniors in the side. It was the proverbial last straw, prompting vice-captain Sachin Tendulkar into a rare public testimony. He called a freelance journalist in Nagpur and gave him the story of a lifetime—a scathing criticism of all those who questioned the attitude of players in the wake of the World Cup defeats.

The media, in fact, played a crucial interloper in the whole drama. Throughout his stint, Chappell consistently made mistakes in not being able to decide which journalist to trust. Early on itself, he was mailing a few cricket writers on how some players were like cancer in the team. It ended like that too—the wheel was set in motion after a newspaper report raked up a text message the coach had sent a senior journalist a fortnight before the team left for the Windies. Apparently, the cricket writer was aghast at the tide against Chappell and wanted to put some perspective into what he himself was writing on the senior-junior divide in the Indian team.

"It's this aspect we just don't understand," a senior batsman told Outlook. "We were fine as long as he was talking to us—either about our cricket or our personal development, and we respected his views enormously. But why go to the media with comments that came back to us. It was obvious...we could sense that he did not want us around, preferring the younger players because they could be moulded easily." 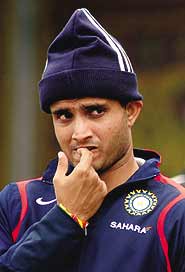 Another team senior was as forthright: "Remember how he worked to keep Ganguly out of the squad for so long. When Dada came back, he took the credit, saying he brought 'the hunger' back. Now he's again blaming Sourav for slow-scoring and causing pressure on the lower-order batsmen in the two defeats. It's just not done."

By now, Chappell himself was back to his won't-tell-the-media-anything self. "I am strong. I know what I have to do and will make my presentation on Friday. What happens after that depends on their will...and politics, of course," he told Outlook, a day before he made up his mind not to seek an extension on his contract. The 58-year-old Australian believes there could be no better time than now for Indian cricket to reform its thinking "for the sake of world cricket as much as Indian cricket". By the weekend, Chappell will have sought closure to an emotional assignment—and he'll also know whether Dravid and Jagdale had the courage to say what should be said. Better late than never, the groundwork must be laid for a side that values the concept of team-before-self.

By the end, one could sense that Chappell realised that the war in the media was futile and all it did was cloud the main issues. "It would be nice if someone could keep to the issues instead of personalities," he said. "TV is good at emotion and more emotion and sensationalism." He will go away from India with images of these emotions that myriad TV channels have burnt into millions of fans. He was quite stunned that a TV news channel could run a story, cite sources, and have no one going on record.

There is no question that players have used the latest round of leaks from Chappell and his camp to try and deflect the attention of the public—and the board—from their own failures. It rankles fans, critics and even a fair number of respected ex-cricketers when a Tendulkar says the team realises it played badly and takes full responsibility—but spins it around with a quote about being most hurt with the coach for questioning their attitude.

Harbhajan Singh is another player who has come under a cloud after returning from the World Cup without a wicket against his name in the two matches where he was preferred ahead of the more seasoned Anil Kumble. Worse, the fact that he had just 10 wickets in the last 15 matches and only 19 in his last 25 games has come under scrutiny, as has Ganguly's inability to force the pace in the key contests against Bangladesh and Sri Lanka.

"I am not saying his attitude can be questioned but Tendulkar should be talking about his declining ability to make runs when the team needs it the most," says former India wicketkeeper Surinder Khanna, mirroring what Sanjay Manjrekar had bravely pointed out some time back. These are but voices in the wilderness, drowned in the cacophony against Chappell.

The Australian coach is by now perceived as a villain in most quarters and a victim in some. Yet, if by mincing no words he sets the BCCI thinking and starts a process that sees at least elements of an attitudinal change sweep across Indian cricket, it really won't matter whether he is victim or villain—his Indian summers will have been meaningful.