Making a case for same-sex marriage, via religion, custom, culture, even law at times 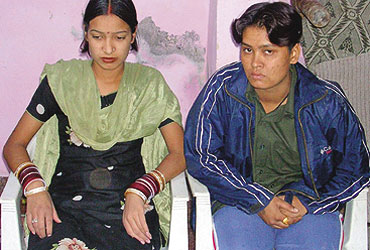 The story goes that Lalithambika and Mallika, two young women who loved each other and wanted a life together, killed themselves because the ‘marriage’ would not have been accepted by society. "Here are a thousand kisses for you in public," Mallika wrote to Lalithambika in red ink, and underneath, Lalithambika responded, "Come to me. I shall take you in my arms. I shall cover you with kisses. You shall sleep on my bosom and afterwards, maybe we shall have a little quarrel." Similarly, Kishori and Gita, both in their twenties, ended their lives. "I can’t live and sleep without you," Kishori wrote to Gita.

Remove the gender, and these could be what any two lovers say to each other. Ruth Vanita cites many examples. Take the story of Kiran Shaheen, one of the early women printers, and her partner, Khurshid, whose family tried to stop the two women getting together. Khurshid was locked up by her family without food, and Kiran was threatened at gunpoint. But the two women eventually managed to live together.

These are couples who wish to be married or live with each other. What marks them as different is that they belong to the same sex. When Shobhaa De launched her book Spouse at a glittering ceremony in Delhi, it wasn’t these sorts of couples she was talking about. De took the stage and invited five much-married couples to join her in extolling the virtues of marriage. First, second, even third marriages (the legal ones) were spoken of as the best thing since sliced bread, occasional hurdles notwithstanding. And when someone posed the question about the fragility of the institution, De’s response was characteristic. The fact that people come back to marriage again and again, she said, proves that it’s an institution that’s worth coming back to.

No such endorsement is likely for the marriages Ruth Vanita is talking about. Same-sex unions, she tells us, have taken place throughout history and are also accepted in religion, in custom, culture and sometimes even in law. This last, while important, is also the least of the issues at stake for, according to her, the fact that the state does not recognise a union as legal does not mean that it is not a union. 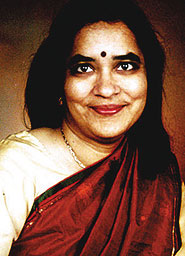 Vanita supports her argument by telling us that apart from same-sex marriages, there are many others that don’t have social sanction and remain taboo—inter-caste marriages, marriages between different religious denominations, marriages across borders and so on. Why, the author asks, can’t we think of same-sex marriages in this way? In support of her argument, she delves into history, religion, philosophy and in the time-honoured Indian tradition, shows how same-sex unions also have religious sanction. Mahant Ram Puri of the Juna Akhara says, "I don’t think this is something that is decided on a theoretical level. We do not have a rulebook in Hinduism. We have a hundred million authorities." Swami Bodhananda, a disciple of Chinmayananda, adds, "From a Hindu standpoint, there’s nothing wrong because there’s nothing against it in scripture." A stronger and more direct endorsement comes from the Art of Living guru, Sri Sri Ravi Shankar: "There’s nothing to feel bad about it."

Ordinary people, ordinary desires, ordinary relationships. How did they come to be seen as ‘abnormal’? What a loss, Vanita says, citing the Church’s throwing out of priests whose sexual orientation it is opposed to, to lose the intelligence of these young and old men. Perhaps the singular contribution she makes is to look at same-sex marriages in terms not of sex (which is what all same-sex relationships are only ever associated with) but in terms of friendship and commitment. After all, what interest could two old men, marrying after 40 years of living together, have in that salacious thing, sex? As in all relationships, the things that endure are not of the bodily variety, and if bodies are eventually inconsequential or at least unimportant, does it matter what gender the spirit emanates from?