Torchlights In The Swamp 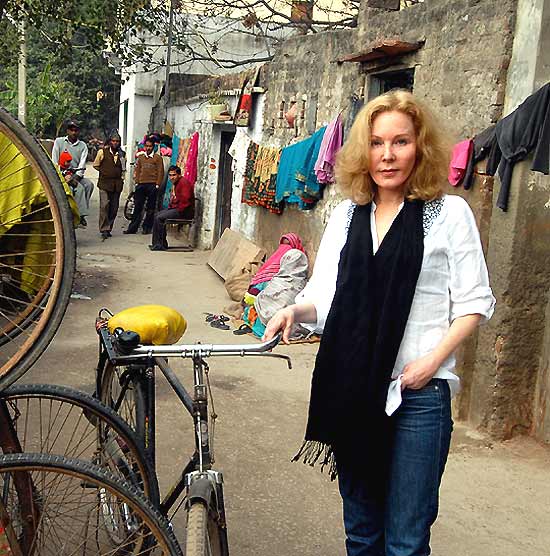 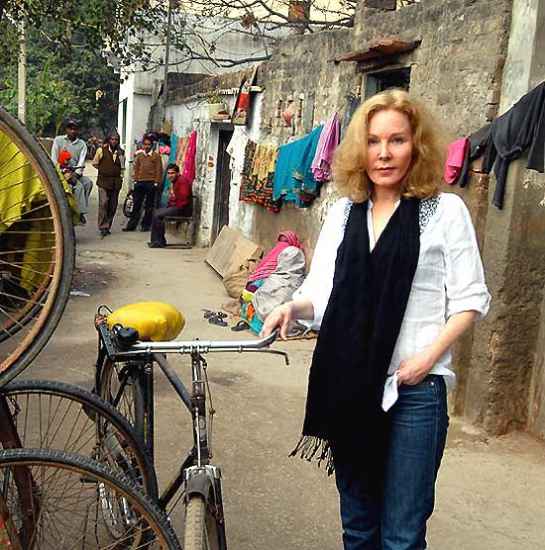 All manner of “India specialists”—journalists, sociologists, poverty-theorists, middle-class anti-corruption crusaders—may find themselves feeling inadequate by the time they have reached the end of Katherine Boo’s Behind the Beautiful Forevers (Hamish Hamilton, 2012). A 47-year-old American journalist, who has spent most of her working life writing about poor people in the United States, has produced an astoundingly well-reported and beautifully crafted book on 21st century India that is already getting rave reviews (note: from Indians too). All our raging debates are here—but explored through the experiences of people whose opinions on them we rarely seek.

From November 2007 to March 2011, Boo tenaciously followed life at an airport slum called Annawadi in Mumbai to tease out larger questions about “who got ahead and who didn’t, and why, as India prospered”. With gifted translators (in particular, a young Mumbaiite called Unnati Tripathi), notebooks, video- and audiotapes, she negotiated linguistic and cultural barriers, and documented Annawadians’ experiences, including those of its very young people: being killed, committing suicide, thieving, scavenging, being abandoned, getting richer or poorer, but also hoping, dreaming, renovating, flirting, play-acting and making sense of the world. She recorded, with the help of thousands of documents extracted through RTI applications, the venality that rained down on them everyday: corrupt policemen, social workers, government officials, doctors, even an unsaintly nun (many are unflinchingly named in the book). She also noted the misfortunes that Annawadians—not being the dull, blameless victims you often read about—inflicted on each other. And then she went and distilled it all into prose that blows you away with its beauty, wit and restraint.

“It was the time of Slumdog Millionaire...I thought who is going to be interested (about the death of a street child)?”

Boo does say, in her afterword, that she also made a fair spectacle of herself by toppling into a ‘sewage lake’ while videotaping in Annawadi. Even so, as you wait to meet her, you do rather brace yourself for an encounter with Superwoman. But Boo—warm, slight of build, distinctly edgy—is far more complex than that, even on short acquaintance. With back-to-back media interviews lined up before the book’s imminent release, she has the look of a mother forced to wheel her new baby through the din of the bazaar. (The arrival of Outlook’s photographer makes her look especially persecuted.) Annawadians waft into her replies to most questions; sometimes there is a break in her voice when she speaks of them. Boo, whose portraits of them stay in your head long after you have finished reading, admits, movingly, to doubts, fears—and tears—during her project: “I felt I lacked the skills to make anyone care about the death of a boy who lives on a pavement, sniffs Erase-X, whose life matters next to nothing to the society in which he lives. It was the time of Slumdog Millionaire, of stories of resilience...and I thought, who is going to be interested?”

And then, in the midst of all that, she tells you, her mouth lifting slightly, how the Mumbai social worker who took her slum-hopping in 2007 carried “an enormous green snakeskin purse”. It is such a Boo detail, funny and telling. Her work is scattered with such jewels. Abdul, the garbage trader whose story is at the heart of her book, “minimises distraction” by placing discarded Barbies in his trash-pile “tits down”. In a brilliant piece for the New Yorker (Boo is a Pulitzer Prize-winning staff writer for the magazine) in 2004, employees of an American-owned BPO in Chennai proudly put its name “on their wedding invitations, just below their fathers’ names”.

The point of the snakeskin purse, as you may have gathered, is that the slum visits, arranged for Boo to meet self-help groups (“Everywhere we went, they said, oh, we’ve been lifted up, we’ve been lifted up”), were “just an exquisite performance”. But they did introduce the writer to the beginnings of her book—a mother and daughter in Annawadi fragrant with possibilities. Boo was back, six weeks later, with a translator, and once Annawadians had got over treating her as a “freak attraction” (some initially followed her around, helpfully shouting “Hyatt, Intercontinental”, thinking she had lost her way to a nearby hotel), she began patiently unpeeling the layers of their lives.

However, the book’s seeds were sown even earlier—in frustration, you might say, with intellectual patter. Married to the historian Sunil Khilnani, Boo found herself visiting India often, constantly hearing talk of change, but always groping for a sense of what was happening on the ground; especially, given her interests, how poor people were negotiating the era of global markets. “There was so much talking,” she says, “and so little reporting—hard reporting, I mean—being done about ordinary communities.” So what do you do if you can’t find the book you want to read? If you are Boo, you write it.

It does seem to be her way. Boo, who worked for the Washington Post before the New Yorker, says she turned from editing to reporting partly as a response to journalism that “treated poor communities like, I am going on safari, spending two days and then coming back to tell you all what it was like”. If that’s vacation journalism (or let’s be honest, most journalism), Boo’s is “immersion journalism”; and shorthand for following her subjects around for weeks and months on end (yes, even on late-night thieving expeditions to Mumbai’s international airport), sometimes interviewing, often just watching, listening, and taping. (“Silence,” she once said in a lecture, “is the most underused reporting tool we have.”)

Being, as Boo puts it, “there and there and there and there” (she spent her days and sometimes late evenings for five or six months at a time, at Annawadi or places where Annawadian pursuits took her) can have sinister byproducts, like ugly run-ins with the police. Possibly threatened by what she had seen—people being beaten up by cops, having bribes extracted from them—local police almost charged her with an offence. Most journalists would have got a few hundred words out of that, but there are less than 20 in Boo’s author’s note. Not going on about herself is important, she explains. Media space for her subjects is limited (“too much cognitive dissonance,” as she once humorously put it, “with the Chanel ads”) and she wants it to be theirs, not hers.

Why Boo writes about poor people is a subject that comes up in various contexts; she always has illuminating things to say. But still there is something especially memorable about her reply when, trying tentatively to peel off some of her layers, I ask her on e-mail to speak of her ill-health, which gets glancingly mentioned here and there.

Her response: “Incurable degenerative disease diagnosed when I was a teenager (let’s leave diagnosis at that). Sometimes it hits me hard and sometimes it’s a little better. I had the immense advantage of a job with good insurance beginning just before I turned 30 (thank you, Washington Post!), and that insurance allowed me a series of life-changing surgeries.... Had I had the disadvantages that nearly everyone I write about has, in terms of medical treatment, I wouldn’t be working or possibly walking. There are a lot of reasons why I write about what I write about, and they were seeded long before I got sick, but my privilege of medical care is something of which I’m mindful as I do my reporting.”

As powerful a thought as any you will find in her book.