Too Much Of The Real World

Varma's India is no Area of Darkness, but it's not the material world he claims it is either 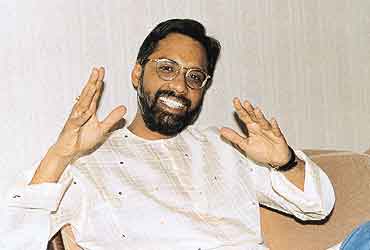 Being Indian—The Truth About Why The 21st Century Will Be India
By Pavan K. Varma
Penguin/Viking Rs 325; Pages: 238
Pavan Varma’s intention in writing Being Indian is highly laudable. He believes India must build on its own "foundational strengths" and "tap the real strength and genius of the Indian People". It’s especially important to do so now because in the drive for development, many Indians believe their country has to pursue economics and embrace a culture dictated by those who don’t understand its strength and genius. He sets out to find where India’s strengths do lie, to replace the self-image Indians seek to project and the stereotype foreigners see. But I fear that in deconstructing those images he has constructed new, perhaps even more dangerous stereotypes. He sees Indians as peculiarly prone to materialism rather than austerity, and to power rather than otherworldliness. He doesn’t regard Indians as being non-violent but as having a fear of violence "if it creates a degree of instability or disorder that threatens the social system".

The present state of Indian politics is taken to demonstrate India’s lack of idealism: "An absence of idealism and the rank display of opportunism that very quickly became the hallmark of Indian politics were not accidental." But Varma does not assess how far Indian politics differs from politics in other parts of the world. It’s an almost universal complaint that politicians nowadays lack principles. Nor does he place the development of India’s still young democracy in its historical context. Democracy in the US and UK didn’t emerge overnight in its present form, it grew out of murky pasts, and is, incidentally, still far from ideal.

According to him, Gandhi’s belief that the means are important, not the end, "quite spectacularly failed to attract followers as the concept was alien to Indian tradition". Much is made of Krishna’s apparent lack of moral scruples during the battle of Kurukshetra, as for instance when he tells Arjun to kill the unarmed Karna.

But it was the Bhagavad Gita, and the Krishna-Arjuna exchange, which inspired Gandhi’s morality. He once described the Gita as "not only my Bible or Koran.... It is more than that, it is my mother." If Varma had discussed the pitfalls of absolute morality, he might have qualified his condemnation of Hinduism for having "no binding or universal code of conduct". Down the centuries, Christian churches have been driven to take untenable positions by their binding moral codes which inhibit them from factoring in changed circumstances and new learning. The problem still exists with the Church’s absolute condemnation of same-sex relationships being undermined by new discoveries about our sexuality. He criticises Hinduism for concentrating too much on "mystical apprehension of an ultimate reality," rather than "differentiating between good and evil acts". Ironically, in the West the churches are being criticised for doing exactly the opposite, for being obsessed with morality and ignoring spirituality.

Varma does not detect any Indian idealism or morality, but he does find rampant materialism. He believes Indians have an "ability to single-mindedly pursue material benefit in the most adverse and improbable situations". That leads him to, in my view, give an unbalanced interpretation of "artha" in Hinduism. Yes, Hinduism does "provide explicit philosophical sanctions for the pursuit of material gain". But there’s a qualification when he writes, "Hinduism is a practical religion. It espouses a balanced life in which the demands of the world are given their due." That’s as it should be. The world does make demands on us, we have to feed, clothe, and house ourselves and our families, but holding those demands in balance surely means not "single-mindedly pursuing material benefit".

All this is not to say that Varma sees India as An Area of Darkness. He sees much that is good in Indian culture—inventiveness, entrepreneurial drive, endurance, optimism and an appreciation of the dangers of violence. He himself is optimistic. He dismisses Cassandras who forecast the Balkanisation of India. He doesn’t accept the assessment that India’s development is far behind China. But in the end he suggests India still has to discover what makes it tick and can’t become a global power till it does.

It’s India’s tradition of searching for balance and its suspicion of certainty and finality which chime for me. Varma doesn’t look at his country through Indian eyes, but through the eyes of those who do believe in certainties and claim to have "a sense of being able to react to issues rationally without prejudice or subjectivity". India’s always understood the limits of reason. By oversimplifying, Varma suggests Being Indian means throwing out much of what, to me, is Indian.

Getting The Fit Right