Too Much Is Half

A little overtaken by craft ... Ambition, even literary ambition, has to be made of sterner stuff.

Mistress
By Anita Nair
Penguin Pages: 428; Rs 350
I had read an earlier novel of Anita Nair, The Better Man, and had liked it. It had a formal artlessness and the Kerala the novelist had placed her characters in sounded authentic. Mistress is a little overtaken by craft. The author has employed an elaborate pattern with navarasas, the nine states of being, as chapters, with a prelude to each section, and the characters narrating a bit of the story by turns, creating a jigsaw puzzle for the reader. The southern form of dance, Kathakali, is used as a kind of backdrop and the book ends with an index for some of the terms referring to the dance. Adultery is a recurrent theme of the novel and it is difficult not to think of Anna Karenina. But the men and women in Mistress are small people whose small concerns are made even smaller by self-doubt about their social rectitude, parentage, heritage, etc. Men who go gallivanting aren’t sure they can ever father a child. Though there is some mention of places and a river, they don’t matter much. It is more the physical execution of Sringara, one of the nine rasas. 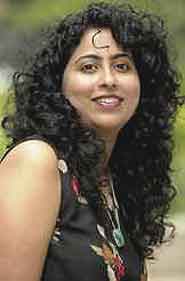 But the book does contain some wonderful snippets of life, possible only in the periods thoughtfully indicated. A whole village wasted by cholera and a helpless doctor and his assistant facing a paucity of medicines. The extraordinary courage of a 16-year-old girl bent on having her own way despite being branded three times by red-hot metal by her father. The legend of Arabipatnam where the local king gets 10,000 Arabian horses in exchange for spices, only to find all but one horse dying in a year because he had not thought of protecting their hooves with horse-shoes. A Brahmin village where a woman ejects tapeworms thinking she’s giving birth to snakes; the whole village is infected due to a belief that eating pork would ward off an epidemic.

The novel crisscrosses over generations with a liberal dose of misadventure, including a Kathakali performer ending up as a kept man in London for a while. Ambition, even literary ambition, has to be made of sterner stuff.