Too Little, Too Vague

Funds for the budget's 'human face' are inadequate, the delivery systems unclear 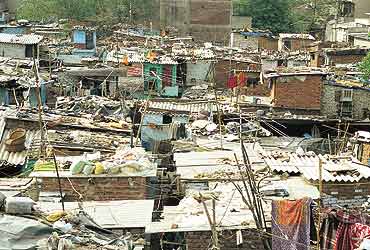 outlookindia.com
-0001-11-30T00:00:00+0553
The maiden budget of the UPA overnment was eagerly anticipated as it was expected to push forward the ruling coalition's Common Minimum Programme (CMP). How has it delivered on the social sector front—defined to include anti-poverty programmes, provision of employment in distress-type situations and other support in cash or kind? This article addresses this question. It is organised into two sections: the first deals with budgetary allocations and the second with delivery mechanisms.

Budgetary Allocations
The additional allocation (gross budgetary support) for the budget's 'human face' is Rs 10,000 crore and these funds are to be spent by the Planning Commission. The money is to be spread over current expenditures under heads such as 'mid-day cooked-meal scheme' as well as for capital expenditures such as the Sarva Shiksha Abhiyan. Though we are over three months into the new fiscal, this amount is too modest. The computed costs of implementing the CMP are much larger. Rs 10,000 crore amounts to only 0.33 per cent of the GDP. Hence, the FM's commitment to increase budgetary allocation for the social sector is modest, perhaps because of fiscal compulsions.

In addition, there is an allocation of Rs 3,500 crore to expand the Antyodaya Anna Yojana to cover 2 crore families, up from 1.5 crore at present. Preliminary work on the National Employment Guarantee Act has begun and there are minor allocations for programmes related to scheduled castes (Rs 1,180 crore), scheduled tribes (Rs 1,146 crore) and minorities (Rs 50 crore). A disappointment is the allocation of only Rs 295 crore for combating HIV/AIDS. This scourge is spreading rapidly in India and, according to UNAIDS figures released in July 2004, a disproportionate incidence of this disease falls on the poor.

The poor may also get benefits from other policy measures such as the planned expansion of investment in agriculture (although the amounts involved here are again much lower than that consistent with the CMP statement). However, the allocation for rural development has actually suffered—the allocation stands reduced from the budget estimate of Rs 14,070 crore and revised estimate of Rs 19,200 crore to Rs 15,998 crore (budget estimate for 2004-05). The Centre's allocation to panchayati raj institutions is Rs 31 crore.

Delivery Mechanisms
In terms of better implementation of the anti-poverty programmes, the government has clearly not finalised its strategy. To quote from the FM's speech, "Under the circumstances, it was considered optimal to allow the ongoing programmes to continue until the Planning Commission completes an exhaustive review and reorients the expenditure pattern to conform to the CMP objectives." Hence the problems besetting the current anti-poverty programmes may persist, at least in the short run. Part of the difficulty lies in the fact that anti-poverty strategy, to be effective, has to be very decentralised. But it's not possible for the Union government to have direct financial dealings with institutions such as the panchayati raj which must receive funds through the state governments. When these central funds reach the states, they become fungible and tend to lose their intended purpose. There are indications, as yet fuzzy, that NGOs may now have an important role to play in anti-poverty measures. This will not go down well with the government machinery responsible for such activity, apart from opening up the success of these anti-poverty programmes to another risk factor—the uncertain effectiveness of these NGOs.

I will briefly comment on two important parts of the anti-poverty aspect of this budget. There are indications that the government is planning an experimental Food Stamp Programme, thereby placing a question mark on the vitality—if not the viability—of the Public Distribution System (PDS). The contours of the programme have not yet been revealed and there is no indication whether any reforms are planned for the PDS, although what needs to be done has been known for some time. Foodgrain allocation to states should be made on the basis of demand, rather than on a 'historical basis' and better targeting needs to be achieved through, among other measures, increased concentration of fair price shops in the areas with high poverty and undernutrition, and better screening to reach needy households. Administrative problems can be minimised through private participation in the process—from issuing ration cards to selling subsidised foodgrain.

Similarly, the Employment Guarantee Scheme (EGS) in Maharashtra has had a chequered history with faults in design having been pointed out by some economists. Consequently, over the period 1980-97, there was a sharp decline in EGS participation. Part of the reason for this was the setting of too high a wage rate. Will a Left-supported coalition be able to justify a lower than market-clearing wage rate in order to maximise the employment impact of the EGS?

In conclusion, the budget of 2004-05 has taken some steps towards a more effective anti-poverty strategy. However, it has been fiscally responsible by not promising outlandish amounts to such programmes. But, much needs to be done to improve the delivery mechanism for these programmes and the government's strategy on this is not yet clear.