Too Big For The Party?

India, a progenitor of non-alignment, is now wavering 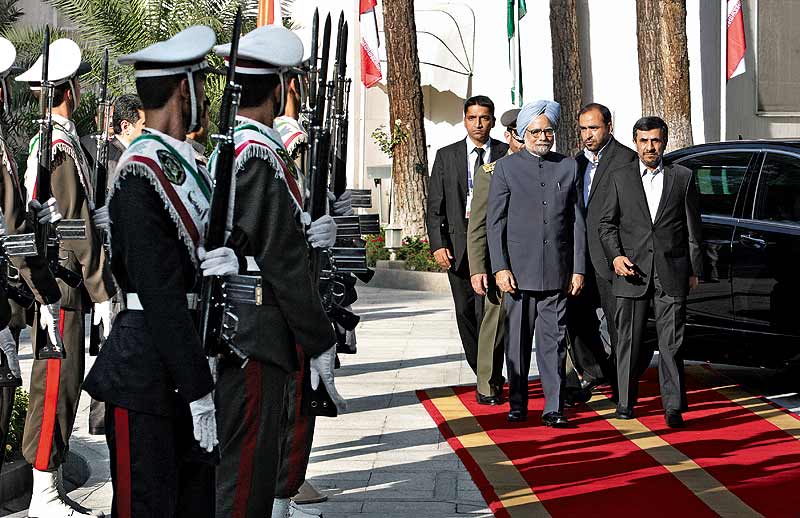 Since 1961, when the first Non-Aligned Movement summit was held, the membership of NAM has expanded, as has India’s engagement with other countries and groupings. Here are 10 major outfits with which India has been deepening its cooperation.

It is ironical that Prime Minister Manmohan Singh is in Tehran, extolling to NAM leaders the virtues of “lasting peace through joint global governance,” while in New Delhi the Opposition, led by the BJP, stalls parliamentary proceedings and bays for the government’s blood and the PM’s head over the alleged multi-crore coal scandal. Others are cautioning Manmohan not to cozy up to Iran—a country whose ‘clandestine’ nuclear weapons programme has led the US and its Arab allies to demand its isolation. Some  question the relevance of the Non-Aligned Movement in a multi-polar world order, particularly India, as it makes conscious efforts to whittle down its anti-US rhetoric and builds strong ties with the West.

So what is Manmohan doing in Iran and why is India still part of NAM?

“It is like being in a bad marriage which you can neither leave nor improve,” says former Indian diplomat K.C. Singh. He argues that if India wants to be part of NAM it must see to it that anti-US and anti-West rhetoric does not take centrestage, since that has been pretty much the track record of NAM.

“India’s not there in the NAM group on Syria. It’s time for the Centre to introspect on India’s role in the 120-nation NAM.”
K.C. Singh, Former Indian diplomat

Singh also wonders if India, one of the founder-members of NAM, still enjoys any sort of leadership position in the 120-member grouping. For example, he points out ruefully that NAM members suggested a four-member body—comprising Egypt, Saudi Arabia, Iran and Turkey—to engage with the Bashar al-Assad regime to find a peaceful resolution to the Syrian crisis. “India does not figure in it. I think it’s time for the government to do some serious introspection on India’s role in NAM,” he adds.

In recent years, India’s formal ‘non-aligned’ stance has come up for serious criticism from foreign policy commentators in India and abroad. Some who believe India’s future lies in being close to the US feel the leadership in New Delhi should dump an age-old stand that reeks of the Cold War period, and which has outlasted its utility in a changed world.

Earlier this year, when a document titled Non-Alignment 2.0: A Foreign and Strategic Policy for India in the 21st Century, written by a group of Indian scholars and commentators, was released for a public debate, it generated much controversy. Most of the criticism concerned the “non-aligned” in the title, as detractors wondered whether India was still looking at the emerging world through its Cold War prism.

Opinions differ. “While NAM’s utility in a post-Cold War period can be questioned, the principles of ‘non-alignment’ in formulating key strategic policies still remain valid,” says Srinath Raghavan of the Centre for Policy Research, a co-author of the document.

V.K. Krishna Menon was the first to use the phrase ‘non-aligned’ at the UN General Assembly in 1953. Subsequently, Jawaharlal Nehru used it in 1956, though he had spelt it out as a strategy for maintaining India’s independence in formulating policies on key issues much earlier. The landmark Afro-Asian Conference in Bandung in 1956 sanctified it, prior to the launch of NAM in Belgrade in 1961. Non-alignment helped newly independent nations maintain their sovereignty on key issues as Soviet Union and the US tried to carve up the world in their respective camps.

The ongoing controversy stems either from a selective reading of Nehru, or from confusing ‘non-alignment’ as a principle of foreign policy with the ‘Non-Aligned Movement’. Former foreign secretary Shyam Saran argued in one of his recent newspaper columns that Nehru’s attempt in “maintaining, and if possible, expanding the country’s strategic autonomy” continues to be India’s overall objective. He pointed out that our first premier demonstrated a realistic awareness of the limits of India’s ability to influence world events when he said, “We should either be strong enough to produce some effect or we should not interfere at all, unless India’s interest is involved”.

“While NAM’s utility can be questioned, the principles of non-alignment in deciding strategy still remain valid.”
Srinath Raghavan, Centre for Policy Research

Saran says Nehru was not against India entering into an alliance, if it was necessary, as in: “We are not going to join a war if we can help it; we are going to join the side which is to our interest when the time comes to make the choice.”

Post Cold War, and particularly in the past decade, India’s engagement with the world has grown and has helped it in expanding its options. Seen as a vibrant democracy and an emerging economic power with a strong, nuclear-powered  armed force, India has become an attractive partner for the US and other countries. But New Delhi has kept close ties with traditional allies, like Russia and groupings like NAM. MEA officials also argue that NAM’s support is necessary for India which aspires for a permanent seat in the UN Security Council.

Manmohan’s trip to Tehran—where he met Iran’s Supreme Leader, Ayatollah Khamenei, and other leaders—was to convey India’s commitment in deepening ties with Iran, whose importance goes beyond its being a main source of India’s energy needs. It is also a country which can play a key role in maintaining peace in West Asia—where India has a number of strategic assets. Instability there not only jeopardises the six million Indians who work in the Gulf, but also disrupts India’s energy flow and hits economic growth. Though India isn’t part of the NAM group on Syria, in Tehran the prime minister did stress on the need for peacefully resolving the crisis.

So, irrespective of what detractors say, the Indian leadership is not likely to abandon the principle of ‘non-alignment’ as an inherent part of its foreign policy. Especially, when no one is sure of the emerging picture, and most are hedging their bets.

Welcome To The Show