The Sanskrit minister of Rajasthan is not from the Union HRD minister's party, yet they've similar views on Sanskrit. It's not ideological.

More from Manvendra Singh
View All 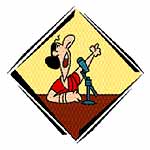 The difference and distance between India and New Delhi is vast, and is often insurmountable. And this difference seems to crop up ever so often. The latest example of this divergence of belief is over the Sanskrit controversy that seems to have got the goat of many in the national capital. Reading from the remoteness of the desert, the distance to Delhi appeared even further. For, what seemed to be the most vexing issue in the national capital scarcely even registered a blip here. This has been the source of much discussion around these parts, and like in all matters of concern in a district the starting point must, of course, be its state capital. Jaipur seems to have given its reply to those in Delhi tormented by the thought of having to learn Sanskrit.

The venue was the Rajasthan Vidhan Sabha and the occasion was a debate on demands for grants for various departments and ministries of the state government. So, demands for grants for the department of Sanskrit education were also discussed. The minister made a speech that quite honestly moved the Opposition to such a degree as to elicit complete support for her proposals. Calling it a scientific language, the minister said that the negligence displayed towards Sanskrit over the past five decades has harmed the society and the nation. Insufficient funding over the decades—since the society and the state administration have neither understood nor accepted the importance of Sanskrit—has resulted in the backward condition that we are in.