Some artiste-politicians in Bengal balance work and career masterfully. Others are devoted to their offices. 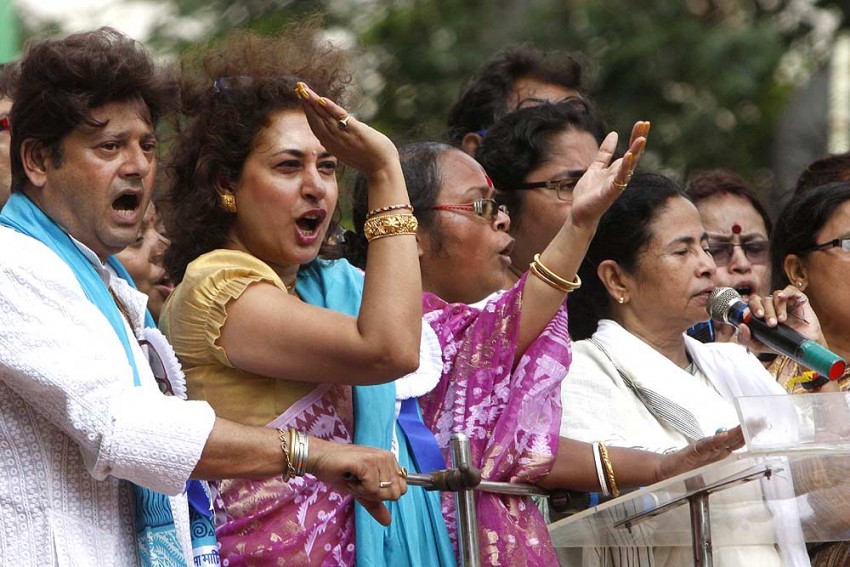 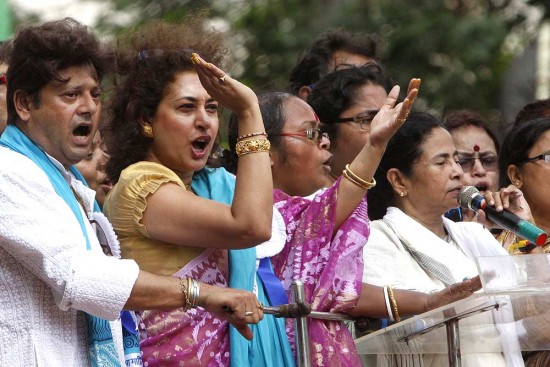 Indian political parties have been poaching celebrities, hoping to emp­loy their glamour and popularity to grab votes, for decades. Some outfits, for instance the Communist Party of India and other Left parties, have more or less steered clear of inducting stars into their fold, preferring to have themselves represented by those nurtured in politics, such as student activists. But most national and regional parties, from the Bharatiya Jan­ata Party to the Trinam­ool Congress, rely hea­­vily on famous people to woo voters. Many of these stars occupy important positi­ons in national or regional politics and are ministers, MLAs and MPs. Yet, in spite of demanding political careers and pre­ssing schedules as office-­hol­ders, many continue to pursue their cre­­a­tive pro­­fessions—from dra­ma and dance to  music, literature and films.

“I think if you love doing something, you will find the time to do it, no matter how busy you are,” Babul Supriyo, the singer and actor who joined politics dur­ing the 2014 Parliamen­tary elections on the invitation of the BJP, bec­ame a Mem­ber of Parliament from Bengal’s Asansol constituency and, subseque­ntly, a central minister, told Outlook. “To me, music is to my life as a charger is to a cell phone...without it, I will soon be drained out of all energy.” 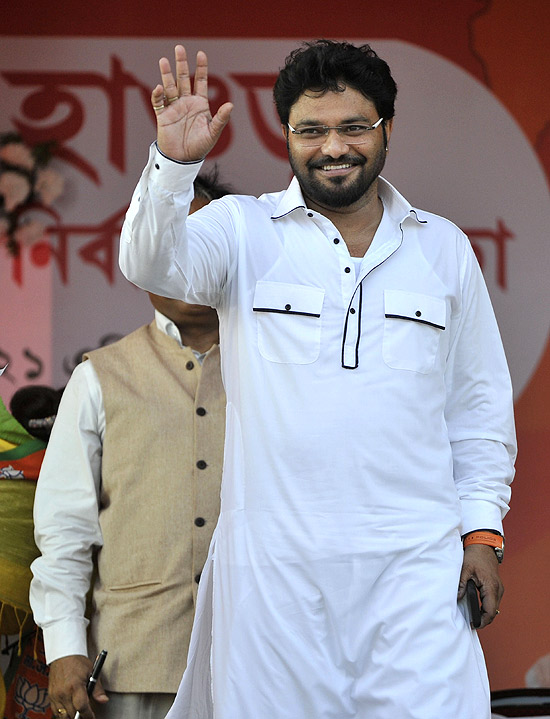 While the 46-year-old had never harboured political ambitions bef­ore 2014, he plunged headlong into his work when made minister and tried to initiate and complete a range of developmental work both in his constituency and in the rest of Bengal. His attempt, jointly with the state government, to solve the land problem that was holding up a subway project catapulted him to the category of a politician who was ready to take a different route to achieve goals. “I felt that if politicians in Bengal worked together to bring an end to the many problems faced by the people, rather than worrying about who would get credit for it, we would have been able to solve many problems. But the road to success is strewn with many hurdles and the reality here is that the state just does not want to work with the Centre, fearing that the latter would usurp power. So this makes my task a more uphill one.”

In order to battle the blues, as well as soften the tedium of work, Supriyo religiously finds some time to practise music. He jokes that it is his chauffeur who faces the brunt of his crooning bec­ause it is only in the car, in between shuttling from meeting to meeting, that he gets some singing time. 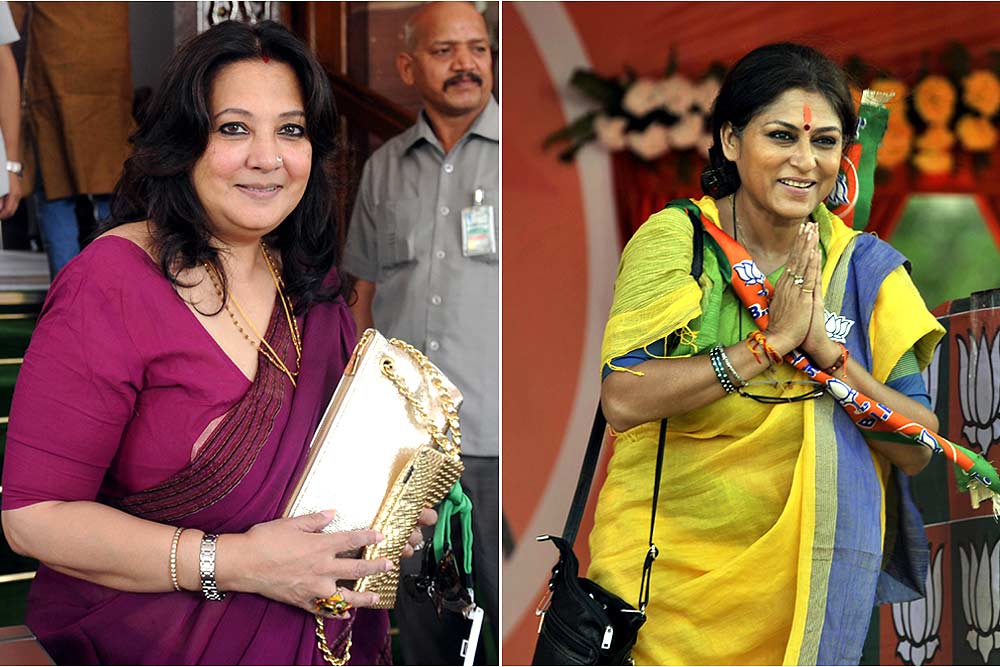 Thespian Bratya Basu, who was inv­ited by Mamata Banerjee to join the Trinamool Congress before the 2011 Assembly elections, is another prime example of a politician who has been balancing responsibility for his constituency with that of his creative pursuit. Basu’s stint during the first term of the Trinamool government as Tourism minister had seen a big boost to Bengal tourism, with the two former ‘disturbed’ areas of Jangalmahal and Darjeeling witnessing a “return to normalcy”. While this was attributed larg­ely to Mamata’s defusing the Maoist threat as well as managing the Gork­haland issue, Basu’s efforts at reigniting travellers’ interest in Bengal has been equally recognised. Yet, despite his workload, Basu, well-known for plays critical of the establishment, continued to stage production after production, each as critically acclaimed as his past efforts. It culminated in the staging of Boma in 2015, in which playwright-director Basu scrutinised the political car­eer of a ‘hero’ of Bengal, freedom figh­ter-turned-spiritual guru Sri Auro­bindo. How does he do it? “You have to have conviction in your work, whatever you do. I try not to separate the two in terms of politics or theatre, because both essentially stems from the same source,” he tells Outlook.

As far as star-studded political lists go, Bengal has an impressive cast. Celebrities constitute a significant part of TMC’s line-up of ministers, MLAs,  MPs and other members. In fact, the ruling party has been credited with bringing the trend to Bengal. What worked in Mamata Baner­jee’s favour in wooing art­istes to her camp was the fact that almost the whole of civil society—from celebrated author, the late Mahasweta Devi, to popular musician Kabir Suman—supported her during her agitations in Sin­gur and Nandigram.  Singer Kabir Suman acc­epted her invitation to join the party—at that time he called it “a movement”—as did other celebrities, namely artists Suvaprasanna, actors Sandhya Roy, Moon Moon Sen, Debashree Roy, Satabdi Roy, Tapas Pal and Deb. While a few of them chose to concentrate chiefly on politics (Satabdi, for instance), others continued to pursue their professions. Deb, who is the reigning heart-throb of Bengali commercial cinema, a successor to Prasenjit Chatterjee (whose father, veteran actor Biswajit Chatterjee, had also joined the TMC) at the top, delivered some of his biggest hits—Chander Pahar, (The Moon Mountain) and Buno Haansh (Wild Goose) after becoming an MP from Ghatal, in Paschim Medinipur district, in the 2014 Lok Sabha elections. He has also endo­rsed a host of commercial brands, including a fairness cream for men, as well as hosiery products, in the commercial in which he is seen mercilessly bea­ting up baddies. Though his riv­als criticised his “long absences” from politics, people in his constituency are pleased as punch with the glamorous actor.

“The decision whether to continue with your creative profession or dedicate yourself solely to political work is entirely the individual’s,” explains act­ress Roopa Ganguly, who is today a BJP Rajya Sabha member. “I personally felt that I would not be able to do justice to either if I attempted to do both and therefore have quit acting in films the day I decided to join politics.” Ganguly confirms that she has refused several film offers when she was contesting the assembly elections in 2016.

But if they had to choose one over the other which would it be? Babul Supriyo is unequivocal: “Both are equally imp­ortant to me and in spite of the challenges involved in politics I never regret deciding to be a part of it. I think I have been able to find the way to strike the right balance and multitask. In that sense, I think you can call me the perfect housewife material.” Supriyo, who has recently got married to his girlfriend, former airhostess Rachana Sharma, whom he met during a Calcutta-Mumbai flight, says he is also able to spend enough time with her, as well his daughter from his first marriage, because he has an in-built sense of prioritising his work according the need of the moment.

Roopa Ganguly, Moon Moon Sen, Satabdi Roy and Tapas Paul have clearly chosen politics over their craft. Like he has been in his soulful music, the only outlier is Kabir Suman. Being disillusioned with the various compromises of electoral politics, he has returned fully to serving his muse.