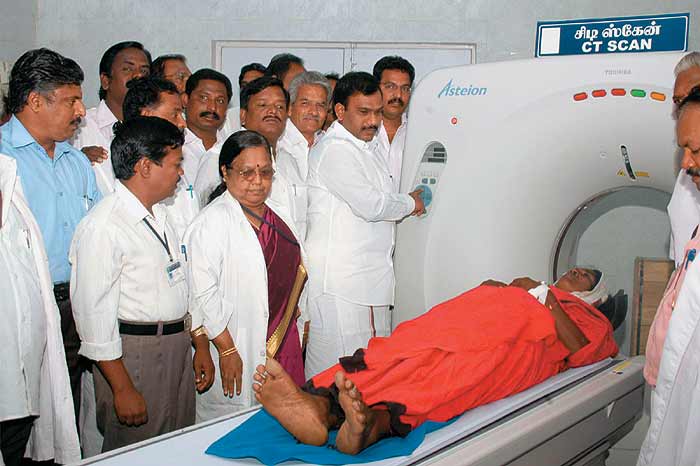 Here Radia talks to Chandolia on the ways the Tatas can fund a hospital in Perambalur, A. Raja’s hometown. Later, the Tata Foundation allotted Rs 9 crore to upgrade hospitals in the district.

Niira Radia: Hi, How are you?

RKC: Haan, good afternoon, I’m fine, how are you?

NR: I’m all right. Well, I’m snowed under, in Bombay, or should I say washed under with the rain...

RKC: When are you coming back to Delhi?

NR: Not till Tuesday, Wednesday...

‘(Tatas) can provide either equipment or some wards.’

NR: I did speak to Krishna Kumar, I did speak to him, he was supposed to tell the...take the...you see, let me tell you where they are coming from...they’re going ahead, they want to do that, they (are) doing the hospital in Perambalur, no problem right? But what they want to do is, and because the charter of the trust allows them to do it only in a particular manner, what they have to do is, they have to provide equipment for the hospital.

NR: Or they provide say, certain wards, they’ll build certain wards or something. So the letter that we have to do, it’s not a cheque-cheque that we give, we actually have to give a letter, and based on that letter, when they start working on the hospital, on certain areas that I decided, between the wards or equipment, then those disbursements start happening.

RKC: And tell him, because he was waiting your call...

NR: Okay, has he left for Chennai or is he still here?

RKC: Nahin, he is in Chennai.

NR: When will he come back?

NR: So I...I...that’s what he said to me, I just wanted that clarity. Toh maine kaha jo bhi hai, tum (unclear) leke jaake submit kar do na, do a nice photo-op and all that. Maine yahi usko bola tha.