Together In Fear & Trembling 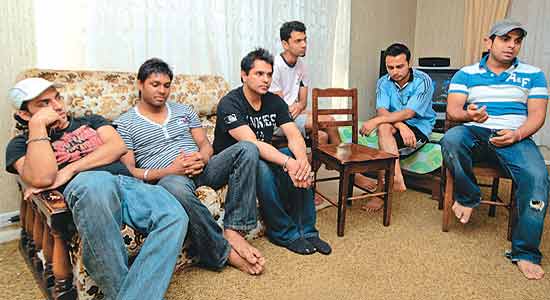 In the poorer quarters of Melbourne where Indians live, they passionately discuss the causes of their plight. They talk about how they are sitting ducks for the expressions of rage variously described as racial or criminal attacks. Some blame the media for hyping the attacks on Indians, blowing them up out of context. Others say it’s simply bad luck. You sometimes get caught in the “wrong place at the wrong time”. But there’s unanimity on one count: “curry-bashing” is fast becoming the young Australian’s favourite pastime. Some of the assailants are of African origin, either from Ethiopia or Sudan. A few are from Southeast Asia or the Middle East. Many,  though, are white kids.

Foots Cray and Sunshine are among the poorer suburbs of Melbourne, just 20 minutes by taxi from the city’s central business district. Traditionally, these are the areas where immigrants on arrival have always stayed. As they prosper, they move out to better neighbourhoods. Today, among the new arrivals in these quarters, the Indians, largely students, are the most visible. These two suburbs have their advantages—the accommodation is among the cheapest in the city and is close to Victoria University or the other colleges where Indian students are enrolled in courses such as cookery and hospitality.

“We don’t have a choice. The graveyard shift is the only one we get as the Australians don’t want to work at night.”
—Piyush Shukla.

Most Indian students here stay seven or eight to a two-room apartment. Usually, they are from the same state in India. Sometimes, they are from the same district, and even the same village. Sitting in one such house in Sunshine is Balwant Singh of Ludhiana. He tries to make light of the attacks. “There’s crime everywhere in the world,” he says. “Don’t we get robbed or attacked in India?” His flatmates maintain a stoic silence. Most of them have been here for three years. They have completed their vocational courses, and are on what are called “bridging visas”, waiting to become permanent residents. They complain that their application has been pending for long. But none of them wants to return to India.

As the Outlook team hangs around talking, and as the young men’s suspicion of our intentions ebbs, they drop the veneer of insouciance Balwant Singh had adopted. They say they are scared—about their lives, about their future. “If I get off the train late at night and see a group of non-Indians at the station, I invariably start thinking how fast I can get out of here and reach home safely,” says Kuldeep, who’s from Jalandhar.

Foots Cray and Sunshine are mixed neighbourhoods: there are people from Southeast Asia, Africa, even some European countries. It also has a sprinkling of Anglo-Saxons. These neighbourhoods crawl with drug addicts, drunkards and rowdy teenagers, who heckle Indian students, at times even mug them. There’s hardly anyone here who doesn’t know someone who has been roughed up.

“If I get off a train late at nig ht and see a group of non-Indians at the station, I start th inking how fast I can get out.”
—Kuldeep

Piyush Shukla arrived in Sunshine two-and- a-half years ago from New Delhi. He says he avoids travelling late. “If there’s no way out, I avoid taking public transport,” he says. But most Indian students can’t afford a cab; they cannot avoid travelling late night. They are mostly children of parents who aren’t rich, and who took loans to realise this Australian dream. They must work to support themselves and repay those loans back home. Invariably, they end up doing the late-night shifts at petrol pumps, hotels or 7Eleven places that are open round the clock. “We don’t have a choice,” says Shukla. “The graveyard shift is the only one available to us, since white Australians don’t want to work at night and if they do, they ask for higher wages.”

Since Indians invariably have to take late-night trains or buses home and walk a certain distance, it’s they who are most vulnerable to attacks, largely intended to rob them.

But there’s also evidence that “curry-bashing” is becoming a fun game for white Australians living in prosperous neighbourhoods as well. Toorak is counted among Melbourne’s poshest suburbs. But Indians who stay here have begun to feel nervous about venturing out at night and find the neighbourhood menacing. “It used to be a perfect, safe neighbourhood,” says an Indian who has been living there for six years. “But now taking a walk in the evening, when I see a group of teenagers, I get nervous.” Fear haunts Indians who visit bars and nightclubs. An Indian woman says she has stopped stepping out of the bar for a cigarette for fear of being accosted by hoodlums hanging around such places. She says, “It may be purely a mind thing. But it has started getting to many of us.”

A recent newspaper survey showed that 75 per cent of the respondents wanted their city taken back from the “drunken louts” roaming the streets of Melbourne, especially after dark. Many Australians also complain about the deteriorating law and order in the city. The attacks on Indian students could just be part of the larger crime scene that plagues most big cities. But more often than not, it’s the Indian who seems to be getting caught in the wrong place at the wrong time.

‘Some, Not All, Assaults Have Been Racial’