To Look At The Queen 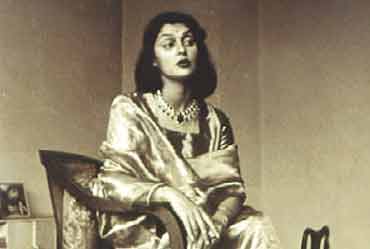 The action begins on the morning of December 12, 1911, in Delhi where King George V and Queen Mary are to grace the Coronation Durbar in their honour. Word’s gone around to all the maharajahs that they are expected to pay homage to their sovereign. They are to be dressed in their regalia and follow a prescribed routine: approach their majesties on foot, stand at a respectable distance, bow their heads thrice, retreat three steps before they turn around to go back. Or else!

The princes do not like to be humiliated in this manner. But only one of them has the guts to show his resentment: Sayaji Rao Gaikwad III, Maharaja of Baroda, the fourth richest princely state of India. Instead of carrying his bejewelled sword, he carries his walking stick; instead of bowing three times, he bows only once; instead of retreating three steps, he turns around and walks away. His demeanour is noted by the hawk-eyed Viceroy Lord Curzon. Baroda is already on the blacklist of the British rulers for hobnobbing with nationalist leaders. So is his Maharani Chimnabai, a powerful woman in her own right. The Gaikwad is asked to explain his conduct. The threat of being deposed hangs over his head. He makes an abject apology and assures the rulers of his unflinching loyalty to their Britannic Majesties.