To Keep The Core Still

World Yoga Day is here, a look at how the world took to asanas 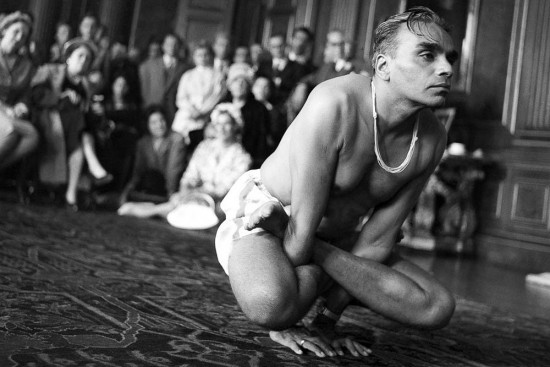 5:24 am on June 21, 2015, when the sun’s first rays touch our holy land, scorching us for the next 13:58:04 hours—the longest duration so far in what is the NDA regime’s second year in office—Prime Minister Narendra Modi will presumably be leading our ancient civilisation in paying homage to the only ‘pratyaksha devata’, the lone god you can see with your naked eyes among the Hindu pantheon of gods, by performing surya namaskar—a set of cardiovascular exercises that warms up the body to perform the yogasanas which follow. This World Yoga Day, move over Baba Ramdev, Om Namo Narendra is here. Now imag­ine how proud we will feel, barring of course the few anti- nationals among us, when seconds after NaMo comes out of shirshasana (the headstand and the king of asanas), Whats­app, Facebook, Twitter, Instagram and what have you will be jammed with Namo-images looking at the world, bottoms up. Our chest will swell with pride from yogic inhalations to 56 inches to assert to the world yet again that we Sanatanis, the first in transplanting heads, flying pushpakavimanas and using WMDs like the Brahmastra, were also the first to view the world upside down. Neeche se world kaise dikhta hai?

There is little dispute over the broad origins of yoga; however it’s interesting to examine when yoga, as we know it today, re-entered Indian lives. Or whether the word yoga is a western standardisation (Ramdev prefers the Hindi ‘yog’). Going by Wendy Doniger’s analogy of ‘available light’ on the history of Hindus, it is difficult to say whether the Indo-European tribe that started from the Caucusus and finally settled on the plains of Punjab, to be known as the Vedic people, had found some form of yoga to be already existing here. Since the BJP and the rest of the parivar wants to reinvigorate the Hindu fire in us, let us assume it was the Vedic people who brought yogic philosophy with them, because it’s unlikely that this pure race would have allowed a native philosophy to be adopted into the fold!