To Everything There’s A Fast Turn

The speedy aggregation of market, nature and technology befuddles us all, says Friedman 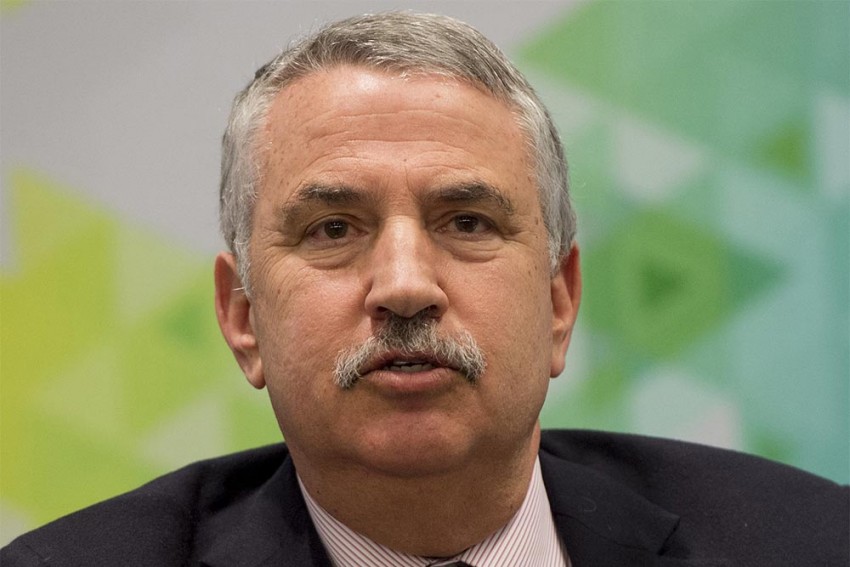 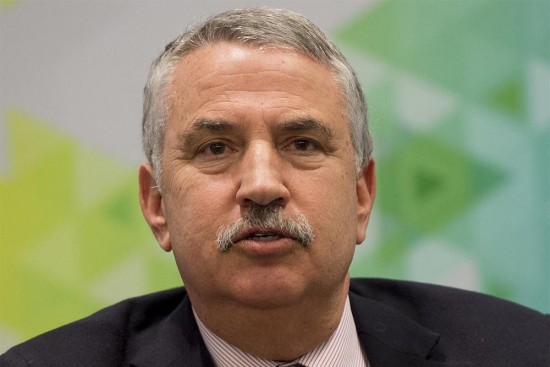 Thank You For Being Late: An Optimist’s Guide To Thriving In The Age Of Accelerations
By Thomas L. Friedman
Allen Lane | Pages: 486 | Rs. 799

Analysts the world over may still find reasons behind Donald Trump’s upset victory in the US presidential polls, and the rise of right wing and populist leaders in different parts of the globe difficult to comprehend. For some, the rising anger against the political establishment in the western world, manifested by the British in the Brexit referendum or subsequently by voters in the US, may well reflect the ill effects of globalisation. Perhaps it highlights the angst and anxiety of large number of people who are ‘scared and unmoored’ these days, especially those who feel being left behind by globalisation. But no one is sure yet on how to explain this phenomenon and the prevailing mood of uncertainity.

Three-time Pulitzer Prize-winning New York Times columnist and author of several best-selling books, Thomas L. Friedman, however, has decided to step into this debate and attempts to explain why the world is the way it is. Friedman, who in his seminal 2005 book, The World is Flat, had celebrated the benefits of globalisation and argued how the inter-connected world had created a level-playing field for people around the globe, now tries to explain the growing despondency and frustration that has set in among large sections of people, especially in the developed economies.

In his catchily named new book, Thank You For Being Late, Friedman, the self-proclaimed translator “from Eng­lish to English”, who loves breaking down complex subjects so that he can better understand it and in turn make his readers better understand it, argues how it benefits democracies if people are better informed. “Our democracy can work only if voters know how the world works, so they are able to make intelligent policy choices and are less apt to fall prey to demagogues, ideological zealots, or conspiracy buffs who may be confusing them at best or deliberately misleading them at worst,” says he.

According to Friedman, we are living through one of the greatest ‘inflection’ points in history, something as great as Johannes Gutenberg launching the printing press and paving the way for the Reformation. His core argument is that we are now living in an “age of acceleration” where the Market, Mother Nature (his shorthand for Climate Change) and Moore’s Law—the principle that the power of microchips will double every two years—are all accelerating simultaneously at such great speed that it is making it difficult for most people to comprehend what’s going on.

With his folksy style, Friedman, through a host of interviews, tries to weave a story—a ‘giant column’—to explain the challenges the world faces due to this ‘great acceleration’.

Much of the problem stems from the human ability to adapt to changes in tec­­hnology, climate and society and the rate of changes in these areas. Though the ability of humans to adapt to their environment has increased considerably thanks to “greater literacy and knowledge diffusion”—which now takes us about 10 to 15 years to get used to “something new”—the rate at which these changes are taking place is also making it difficult for us not only to adapt but also to make good use of changes in technologies. For example, it may take a patent four or five years to be issued after someone has come up with a new technology or a new idea and given a monopoly on that idea for 20 years in exchange for which people will get to know the information in the patent after it expires. But what good will it be if after five years that technology itself becomes obsolete?

It is not only new technologies and a slew of new ideas that are emerging at regular intervals that is making technology obsolete. It is also the fast pace, or the great acceleration, at which these changes are happening that is making it so much more difficult for people to get used to these changes. What is compounding the problem further is that in an interconnected world where technology, market and climate are all linked and all of them are changing much faster than they did in the past, large number of people are feeling totally at a loss.

With his usual ‘folksy’ conversational style, Friedman, through a host of inter­views with CEOs, innovators, market man­­agers, political leaders and common people, like a parking attendant blogger, tries to weave the story—which he describes as a “giant column”—to explain the various challenges the world faces because of this “great acceleration”. Tho­ugh he assures his readers to take a pause and reflect—as he does when one of his friends turn up later for his appointment and thus gives the book its title—the solutions he suggest seem too simplistic to deal with the complexities the world faces today. Maybe the quote he uses from Marie Curie—“Nothing in life is to be feared, it is to be understood”—serves as a better guide than his solutions.