To Defuse A Train Of Gunpowder 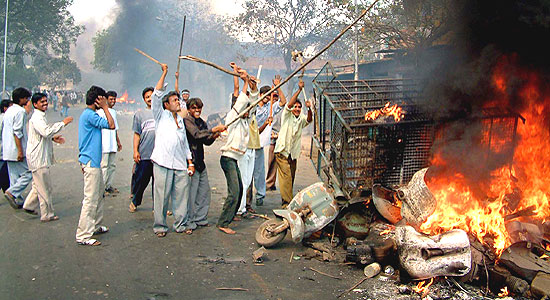 Fear And Forgiveness: The Aftermath Of A Massacre
By Harsh Mander
Penguin | 240 pages | Rs 299

Rarely does a senior IAS officer resign from service to dedicate himself to the uplift of those who have no voice. Ninety years ago, Netaji Subhas Chandra Bose gave up the ics and plunged into the freedom struggle. Harsh Mander did the same a few years ago. We are fortunate that such officers exist. Without them, the pain and sorrow of 2002 would have been far, far worse. Most IAS and IPS officers (in Gujarat) surrendered their conscience at the hour of crisis for a few pieces of silver. But let’s not forget to salute former DGPs R.B. Sreekumar and Rahul Sharma and a few others who paid a heavy price just to be true to their heart. Mander’s book should bring tears to the eyes of anyone with a non-partisan, objective view. As he rightly says, Muslims in Gujarat became the children of a lesser god.

Muslims in Gujarat have done everything possible to bring the 2002 guilty to justice. But it is a Herculean task, due to the utterly communalised political leadership, lower judiciary, police and language media. What can you make of Justice Nanavati, a retired Supreme Court justice, whose entire first report has just one focus: to exonerate Narendra Modi. Had it not been for the honourable role of the Supreme Court, the NHRC and the devotion of a few human rights activists and senior lawyers, we would have had no justice at all.

It would surely have been better if the Gujarati Hindu leadership, whether political, business, intellectual or religious, had taken a moral position, introspected and expressed remorse. But that is akin to asking for the moon. Even the poet-prime minister Vajpayee, in his flip-flop style, thought it proper to blame Muslims for the horrible killing of Muslims. As Mander so clearly brings out, (Vajpayee) publicly demanded an apology from Muslims for the Godhra carnage in the heat of the pogrom in spite of the widespread condemnation of the incident from Muslims within Gujarat and throughout India. Later, there was not a word about the brutalities inflicted on Muslims, particularly women. History will judge Vajpayee harshly. When there is no moral compass guiding the man at the top, what can be expected from people like L.K. Advani?

Sadly, the general Gujarati Hindu response has been that Muslims had to be taught a lesson, and therefore whatever happened was right. A popular columnist did a Rudyard Kipling by suggesting that Muslims needed to be civilised, and it was the duty of Hindus to cure them of their barbarity. The gate of Sabarmati Ashram was locked to prevent any pollution from Muslims and activists. For me, Gandhi died that day.

Incidentally, the attack on Muslims of Kwant near Bodeli came from the nearby Gandhian ashram at Rangpur. Repeated appeals were made by Muslims to eminent Hindu godmen to recognise the fact that Muslim women were raped and killed to the cries of Jai Shri Ram, using trishuls which were blessed by Swaminarayan sants. Many women who survived speak of Durga Vahini women egging their men on while these horrors were committed. As Ram bhakts, these godmen should at least condemn this blasphemy against Ram. These sants regularly speak of harmony and vegetarianism, demanding that their devotees should not even eat eggs. Yet they saw nothing wrong in the slashing of a pregnant woman’s stomach to kill the unborn. To his eternal shame, George Fernandes, a disciple of Lohia, described, on the floor of the Lok Sabha, this last atrocity as something that happened often in India, and which should therefore not be given much importance. Well, socialism too died that day.

It is over seven years now, and other than a few cases currently under the SIT, most victims will see no justice. In the destruction of my own home, the mob was led by a neighbour who is a senior M.S. University official. He bragged about his role, both in print and on TV in the Tehelka expose. Yet he has not even been served a simple notice by the government or the university.

The absence of justice is inordinately difficult to accept for countless victims, particularly women and children. Muslim leaders must handle these cases with utmost sensitivity to prevent any violent reaction. The Quran urges Muslims to fight against injustice. But if they fail to secure justice on earth, they should leave it to Allah. Muslims must grant unilateral forgiveness to those who carried out these horrors. That is the essence of Islam. That will please Allah, and He will compensate the victims, while inflicting His own severe punishment on the oppressors. Muslim pain and trauma will gradually become a memory as they turn their attention to quality education and business.

Forgiveness may also serve to awaken the conscience of Hindus, both in Gujarat and across the nation, to the enormous damage done to Hinduism by the tragedy of 2002.

Vedantic Hinduism is a vast ocean of spiritual grace and beauty. It is best exemplified by the life of the greatest Gujarati of all time: Mahatma Gandhi. In this frenzy of hatred toward Muslims, Narendra Modi and his parivar may have done great harm to their own faith and to the memory of Gandhi.

Forgiveness does not imply we forget. As Harsh Mander rightly quotes the philosopher Santayana, those who cannot remember the past are condemned to repeat it. This is very relevant in the present context, with Narendra Modi poised to play an important national role in the future. Eternal vigilance is the only way to handle Modi.

Muslims have changed a lot since 2002. The fear is gone. There are over 650 Muslim schools today as against 250 seven years ago. There is a sharp rise in the number of Muslim engineers and doctors. There is a renaissance within the community. But we will never pardon the Sangh parivar for its perfidy.