To Cast The First Stone 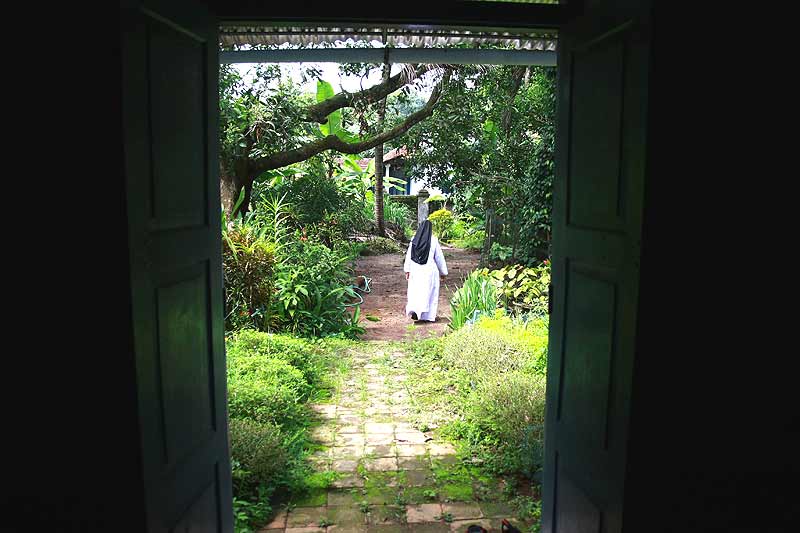 “Later, I’m taken to the priest’s room for coffee. While I’m having coffee sitting on the cot, the only place in the room to sit, he comes and embraces me hard, almost suffocating me. When I struggle to escape from his clutches, he squeezes my breasts and asks me to show them to him. ‘Have you seen a man?’ Stunned, I shake my head ‘no’. In no time, he undresses himself.”

Sister Jesme in her book Amen: The Autobiography of a Nun

“The convents and nunneries are being converted into brothels. The priests have sex with the nuns at night in these convents. Because of these acts, the chastity of the priests and nuns has come under suspicion. Their love for God has shrunk...some of the clergy protect their chastity by watching pornography and reading pornographic material. They lose themselves in this habit. These books and DVDs are kept in secret places and can’t be found easily.”

“The cry of a baby came from the bathroom of one of the inner rooms along with the sobs of a woman. We used our might to force open the bathroom door and what we saw would break anyone’s heart. A nun who had given birth to a child was pushing the head of the baby into the closet. The bathroom was filled with blood. The legs of the child, which were sticking out of the closet, were kicking for life.”

On the gentle slopes of Pulpally, Wayanad, where the Naxal movement once sent terror into the hearts of the land-owning gentry, a lone ex-nun, Sister Mary Chandy, is raising the hackles of the Catholic church. Her autobiography, Nanma Niranjavale Swasthi, a no-holds-barred account of her life in the convent, is littered with pregnant nuns and wayward priests. The 67-year-old Sister’s memoirs comes a good 14 years after she walked out of the congregation of the Daughters of Presentation of Mary in Chevayur, Kozhikode, in north Kerala. The Church was quick to proclaim that Sister Mary was never a nun in any of their convents and asked the laity in Wayanad not to associate with her.

So what happened after she saw the nun trying to kill her newborn baby in a convent in Mananthavady in Wayanad, as she has described in autobiography? “After I broke open the door with the help of another nun, I grabbed the child and held it to my chest. I thought I was doing the right thing but the sisters turned against me. I want to know why. In a previous incident, when I hit a priest on his head with a stool when he tried to grab me, the nuns sympathised with the priest. From then on, I was watched carefully.” After 40 years, Sister Mary fled the convent life.

“Earlier, most of the nuns, priests suffered in silence. Now some are openly questioning the church.”
Sara Joseph, Feminist author

Mary Chandy’s book has many more such harrowing tales. Like the nun who had tried to commit suicide many times over telling her of priests coming to the convent well past midnight and taking nuns out to the nearby schools. When this nun was called, she would not open the door. She was terrified the priests would break down the door and come for her. She said she hated this life of fear and wanted to end it. In one chapter, Mary Chandy recounts how porn magazines and CDs are commonplace among the priests. In one instance, she says a young nun came to her crying as another senior nun was forcing her to watch these videos with her. Elsewhere, Mary describes feast days in the seminaries when wine flows freely and there is dancing and much else. Once a father asked her to join in the revelries saying life is meant to be enjoyed. When she refused, he threatened her with dire consequences.

Tell-all memoirs are not new in Kerala, nor are church scandals. The Sister Abhaya murder case (1992) has still not seen closure and in the last five years there have been three other cases of alleged nun ‘suicides’. But a nun coming out, writing an autobiography, warts and all, was a first even for Kerala. Sister Jesme’s autobiography three years ago caused quite a stir and embarrassed the church no end. Following close behind was Father Shibu Kalamparambil’s effort in 2010, which described in excruciating detail the depraved lives that many priests and nuns led. And now comes Sister Mary Chandy’s memoir, about nuns who got pregnant by priests and aborted foetuses and other such horror stories. 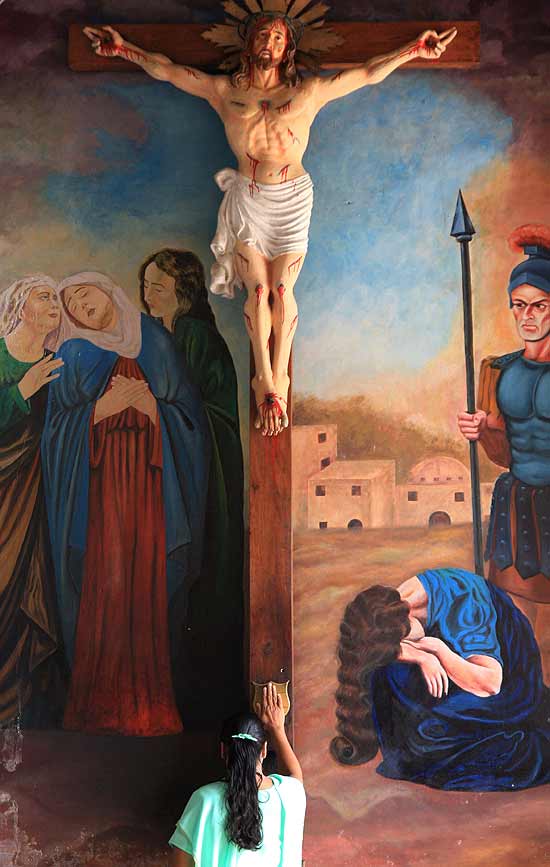 Noted writer and feminist Sara Joseph, whose novel Othappu incidentally explores the life of a nun who leaves the convent, says, “Most of the nuns and priests suffer in silence for suffering is a quality that they are conditioned to accept as a virtue. What you see here is the expression of the individual’s conflict with the establishment. They did not have the courage till now to take on the establishment but now they are openly questioning it.” Joseph Pullikunnel, editor of Hosanna and director of the Indian Institute of Christian Studies, says he hasn’t heard anything like this against the Catholic church, in such an open manner, ever before. “Perhaps the church was ‘whitewashing’ itself,” he says hesitantly.

Ex-MP and commentator Dr Sebastian Paul is a bit more unabashed about the sociological implications of these revelations: “These autobiographies have become bestsellers but the allegations they make have not been publicly debated. So there is not much impact on the organisation. The Catholic Church is a highly centralised organisation and there is very little criticism happening within.”

So will a soon-to-be-released film, aptly titled Father, Son and Holy Ghost, on the hardships and dilemmas faced by nuns, put things in perspective? “The Church is traditionally patriarchal. I have explored the lives of two nuns in a nunnery in my film and have touched on various aspects, including homosexuality and abortion,” says director T. Deepesh.

That doesn’t sound like things are going to get better. Father Paul Thelakat, spokesperson of the Syro-Malabar Catholic Church, says the fathers and nuns who have left the order and are writing books now are the ones who could not cope with the spiritual life. As he puts it, “If one cannot stay celibate, it is better to get out, marry and live happily. One is called to a difficult way of life; it needs an ascetic’s will to live a life of celibacy happily. It is always better to marry than to ‘burn’ mentally. I do not appreciate those who make a hue and cry of something they fail to live up to and then blame others for their failures. It is too naive to say, ‘since I could not, nobody can’.”

“You can’t make a hue and cry over something you can’t live up to, then blame others for their failures.”
Fr Paul Thelakat, Spokesperson, Syro-Malabar Catholic church

Kerala, incidentally, has now around 50,000 priests and nuns. And, incredibly, there are about 1,35,000 of them outside the state, serving in various institutions in India and abroad. Malayalis constitute a sizeable 15 per cent of the world’s Catholic priests and nuns. For the past few decades, their strength has been growing while the reverse is the case in the West. Brother Mani Mekkunnel, national secretary of the Conference of Religious India, points out that one cannot disregard the importance of Catholic institutions and the yeoman’s service they do to society. He feels the media picks on stray incidents and “unsubstantiated accounts” to judge the entire edifice of the Church and millions of its devout followers. “Why don’t you focus on the hundreds and thousands of priests and nuns who are living for a noble cause? Today, English education is synonymous with convent education. Catholic institutions have contributed in an immense way to India’s economic growth. Why not highlight that?”

Sara Joseph too stresses the unsubstantiated clause, saying if these writers want to be taken seriously they must reveal names. “Only if they are exposed can they be questioned,” she says. Take, for instance, Sister Mary’s book. It takes no names nor are dates clearly mentioned. Fr Stephen Mathew, director of Neethivedi, an NGO in Wayanad, points out, “We are suspicious because they haven’t revealed everything. A small minority may be behaving like this...but it is not good to generalise.”

The Church’s critics, though, offer a different view. They feel even if it’s only a handful of priests and nuns who have spoken out, it’s still a brave effort as it is unthinkable for the majority to speak against the strict order. There is both fear and subservience. Those who dare to leave this cloistered life are often not accepted by even their family and are ostracised by society. And most don’t even have a place to stay.

“Judas! Fallen Angel! Mad! These are some of the epithets being hurled my way by the church,” says Sister Jesme, 56, a former principal of St Mary’s College, Thrissur, fully at ease in a pair of red tights and a black T-shirt, enjoying her freedom in her tiny flat in Guruvayur. “I am foisted as an example to quell dissidents within the nunneries and seminaries. They preach that I have been disowned by my family and by the Church and the same would befall anyone who dares to be another Sr Jesme.” Fr Shibu says his parents were threatened by the Church. They were even told that they would not be buried in the church cemetery if they accepted him back home.

Curiously, this comes at a time when the Vatican itself is under attack. A tell-all bestseller, Sua Santita, has outed confidential personal letters between the Pope and his associates revealing many embarrassing details. Last month, the head of the Vatican bank was sacked on money-laundering charges. Many connected with the Church say the kind of depravity prevalent among the priests and nuns in Kerala and abroad is because of the arcane rules and practices. This perhaps is the time to usher in some much-needed reforms in the Catholic Church. As Dr Valson Thampu, principal of St Stephen’s College, Delhi, puts out, “Every institution stands in need of continual reform. What is not reformed or renewed is headed for death. Only those who are spiritually insensitive will resist reform.” So will the Church let more light into its pews or wait for another book by one of its own to rake up another scandal?

For A Berry Flavourful Pulao