To A Malabar Chameleon

Kamala Das’s many personas star in a story of friendship 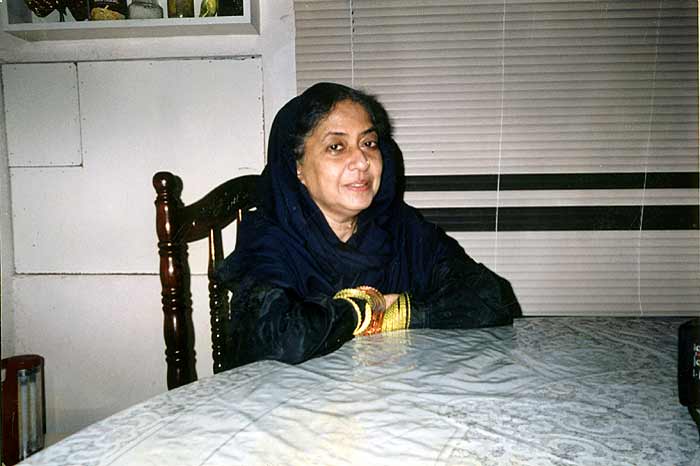 The Love Queen Of Malabar: A Memoir Of A Friendship With Kamala Das
By Merrily Weisbord
Research Press | Pages: 267 | Rs. 395

In the early 1960s, Kamala Das gave up her name, and started writing in Malayalam as Madhavikutty. Later in her life, she would repeat many times this act of trading off a part of herself for more space. The mould she broke was a tough one, that of a respectable ‘upper-caste woman writer’ in her language; tougher, because her poetess-mother had fit the role so well. For the next four decades Madhavikutty wrote fiction, in evocative and minimalist prose, mostly about the state of being a woman.

In the more anonymous urban environs of Calcutta and Mumbai, Kamala Das wrote poems in English, under her own name. Her poetry brought her many honours, including a nomination for the Nobel Prize in literature in 1984. One year after her death, it has drawn Canadian writer and documentary filmmaker, Merrily Weisbord, to publish a memoir about her friendship with Das.

After two marriages, a relationship, and with her children flying the coop, Weisbord was ready to take a break from her own memoir. She caught a flight to Kerala to meet Kamala Das, who according to her was “the first Hindu woman to write frankly about sexual desire”.

Weisbord, like the rest of the world, came to know of this aspect of Das when she published her autobiography, Ente Katha (later, in English, My Story). Apart from the often quoted instances of marital rape and her husband’s homosexuality, the book was yet another attempt by Das to cut away from her ancestral roots.

In 1995, when Weisbord first met Das, she was recently widowed and was brooding. Weisbord was similarly restless and adrift. Das agreed almost instantly to the Canadian memoirist’s suggestion that they write a book together. The Love Queen of Malabar is the story of two remarkably strong women bonding across—and perhaps because of—cultural chasms.

Weisbord is no Boswell and that works well for the book. Her directness drew out Das, instinctively rebellious, yet weighed down by Kerala’s oppressive proneness to manufactured consent. For Weisbord too the process was rewarding; she rediscovered her world through Kamala’s eyes.

For a period after her husband’s death, Kamala Das was writing repeatedly about her childhood in her ancestral Nair home, with its retinue of maid servants, oil baths, snake gardens and other feudal trappings. Writers as early as Shelley were fooled by the female autonomy suggested by the inheritance law of matriliny practised by the Nairs of Kerala. Kamala Das laid the Nair exotica thick. It was getting a bit tiring.

Then, suddenly, on a December day in 1999, she announced her conversion to Islam. Two days later Das also spoke of her intention to remarry. It was out of the blue; she had even kept Weisbord in the dark about her plans for conversion. It was also her final break with the past. Her life was under threat. There were uneasy thoughts that she might be triggering something bigger than the Hindu-Muslim thing. “Certainly her action has electrified Kerala’s somewhat moribund social scene,” journalist Leela Menon wrote during the time. “The state, many feel, is evolving into a land of widows, with women outliving men and depression stalking the land. In such a scenario, Kamala may even appear to be an alternative.”

In Weisbord’s memoir about Das’s tumultuous last 14 years of her life, she brings out her creativity with honesty, her habit of inventing truth (there is nothing she said about herself or her husband that she didn’t later contradict), her mood-swings, and her life under siege, both from her enemies and from the ‘protectors’ of her new belief.

Happily, it also brings out the very core of Das, which is her writing. There are descriptions about Das breaking into a poem often, and playfully constructing a roman a clef novel about herself and the Kerala MP who loved and betrayed her. An insight I got from the book is the empathy Das felt for the poetess Lawrence Hope. Adela Florence Nicolson or the masculine name she took, Lawrence Hope, was a popular romantic poet of the early twentieth century whose book of poems, mostly about unrequited love, raised a storm for their eroticism and autobiographical suggestions. In the ensuing scandal, Hope took her life. The reason for Kamala Das’s identification with the poetess could be that annihilating her own self was something she did quite often.

(N.S. Madhavan’s novel The Litanies of Dutch Battery was recently published by Penguin)

The Epic Of Malignancy