Northeast emigre Jews are having to prove their credentials in Israel

Who Are The Bnei Menashe? 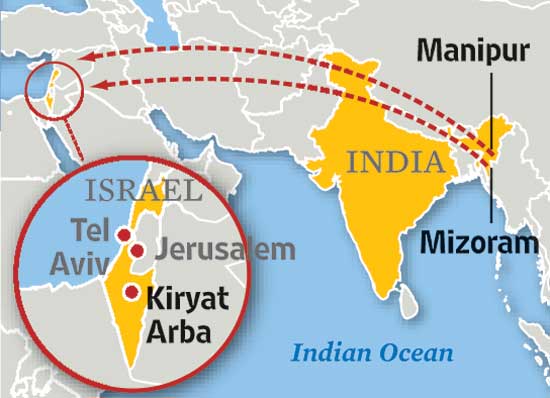 “If there is a need to live in the occupied territories, we will do it,” declares Rabbi Yehuda Gin  Vaiphei. He lives in Kiryat Arba, a volatile illegal settlement near Hebron on the West Bank, whose residents routinely clash with Palestinians. “World opinion,” he tells Outlook, “changes with human cycles but the truth of the Bible remains. The Palestinians say they belong here but I also belong here. Where was the Palestinian nation for 2000 years? Israel did not invade her.”