In China, Modi must shift gear to propel Sino-In dia ties to a level of trust 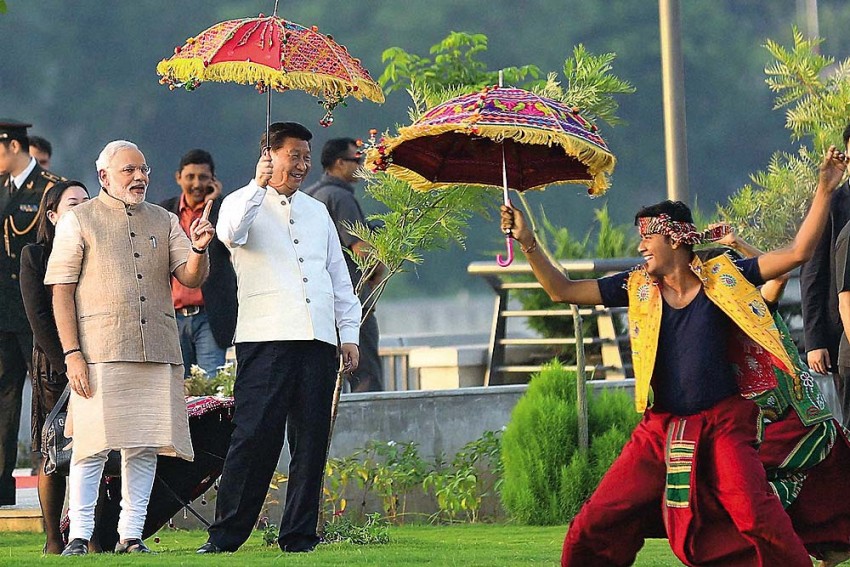 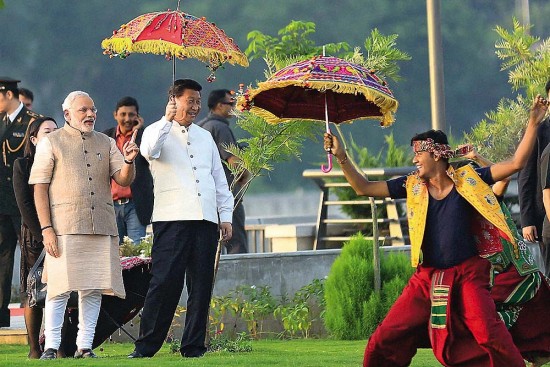 Never before has a first-time Indian prime minister travelled so widely in so short a time as Narendra Modi has since May 2014. In his forays across the globe he has met leaders to showcase India as an att­ractive investment destination as well as making common cause with some of the world’s pressing challenges. Yet the one theme that has run through most of Modi’s talks with world leaders has been how to deal with an assertive China.

As a neighbour which shares a 4,000-km long disputed boundary with China—an issue which led the two sides to war in 1962—some of India’s concerns are understandable. But Modi also sees China as a major source of investment to develop India’s infrastructure. He also wants to replicate the Chinese success of turning the country into a global manufacturing hub, a veritable template for his much-touted ‘make in India’ programme. Finally, through his visit, Modi is trying to create a strategic space in China for better engagement in the future.

No wonder his three-day visit to China, beginning on May 14, has generated considerable interest. How he balances India’s economic needs without diluting its concerns on security issues pertaining to China will be keenly watched in India and across world capitals. “The China visit will be the most important event in Modi’s foreign policy agenda,” says Delhi-based strategist, C. Uday Bhaskar.

“If China wants to see India as a partner, it should look at some of its concerns, like those arising from Sino-Pak nuclear ties.”
Uday Bhaskar, Foreign affairs strategist

Modi is no stranger to China or to its president, Xi Jinping—widely believed to be one of the most powerful leaders China has had since Mao Zedong. As Gujarat chief minister Modi had visited China four times; he has engaged with Xi on several occasions in the past year, especially during September 2014 when the Chinese president visited India. Next week, when he travels there as part of his three-nation East Asia tour—he is also scheduled to visit Mongolia and Republic of Korea (South Korea)—it will be his maiden visit to China as prime minister.

The context of Modi’s visit to China makes it significant. Modi’s engagement with leaders of countries like the US, Japan, Australia and Vietnam have given occasion for concerns over tensions in the South China Sea and the Indo-Pacific region. For China-baiters these have fuelled hope; others worry if India was now preparing to break its earlier ambiguity to join ranks with those attempting to contain and isolate China.

The Chinese leadership, too, realises India’s importance as the country that holds the strategic balance in Asia. Even if it can’t win India over, China definitely does not want to see it crossing over to its opponents. Additionally, China sees huge economic opportunity in India; under “business-friendly” Modi it wants to make the most of a mammoth market.

Hence, the Middle Kingdom is set to accord the Indian PM a reception it reserves only for a select few world leaders. President Xi has insisted Modi begins his China visit from Xian, capital of his own home province Shaanxi—much in line with the Modi gesture of hosting Xi in Ahmedabad in 2014.

“There is enough scope for installing a new set of CBMs like starting hotlines between commanders along the border.”
Nirupama Rao, Former foreign secretary

Xian is also famous for the Wild Goose Pagoda—a tribute to the 7th century Buddhist scholar-traveller Hiuen Tsang’s journey to India through the ancient Silk Road. In Beijing, Chinese premier Li Kiqiang will host Modi at the Temple of Heaven, with a public performance of Indian yoga and Chinese tai chi. Modi will also address students at the Tsinghua University and captains of Chinese business and industries. In preparation for his sojourn, the tech-savvy PM has opened an account on Weibo, the Chinese equivalent of Twitter, to reach out to the younger generation.

The palpable enthusiasm over the visit has also rubbed off on the Indian community in China. “There is an unprecedented interest among Indians to attend and engage with the PM,” says Amit Waikar, president of the Indian Association in Shanghai. The association is organising an event at the Shanghai World Expo and Convention Centre, where Modi will interact with about 5,000 Indians, including students studying in China.

The visit, as such, will be steeped in rich symbolism of the ancient civilisational ties between the two countries. But the obvious question remains on the extent of progress on substantive issues.

South Block officials point out that for the past decade or so a template has been set on which Indian leaders have been working to strengthen Sino-Indian ties. “But most of the low-hanging fruits have already been plucked. So to achieve something substantive Modi will have to take it to another level,” says a senior Indian diplomat.

“There is an unprecedented interest among Indians to engage with Prime Minister Modi while he is in China.”
Amit Waikar, President, Indian Association, Shanghai

So does that indicate a paradigm shift in Sino-Indian diplomacy? There are many in the Indian establishment who feel that without replacing the existing template Modi has enough room to engage with the Chinese leadership on substantive issues, particularly those concerning the regular standoff betw­een soldiers along the border, growing cooperation between China and Pakis­tan—seen in India as an attempt to keep it boxed in in South Asia—as well as the huge trade imbalance in bilateral trade.

“There is enough scope for putting in place a new set of cbms, like starting hotlines between commanders along key areas of the boundary which have seen regular standoffs as well as urgently addressing other issues on the economic front,” says former foreign secretary Nirupama Rao, who also served as India’s ambassador to China.

Strategist Uday Bhaskar points out that if China wants to see India as a partner, it should seriously look at some of New Delhi’s concerns, particularly those that arise from China’s nuclear cooperation with Pakistan and Islama­bad’s penchant for using terrorism as a tool against India.

But as hardliners within the ruling BJP try to draw red lines within which they want to limit the PM’s engagement with China, it will take an effort for Modi to break free and take Sino-Indian relations to a higher level. The assurance of better trust and understanding would surely offer a higher pedestal from which to reach towards common goals.

Put On The Hard Hats