Three’s Not A Crowd On A Belt

OBOR’s binding terms perplex some in Pakistan, put India on careful watch, open up a vista of geo-political transformation 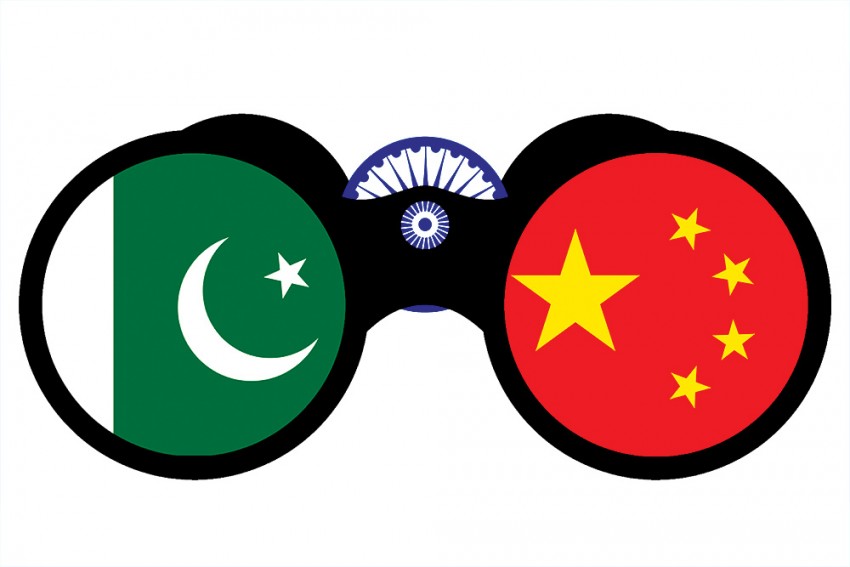 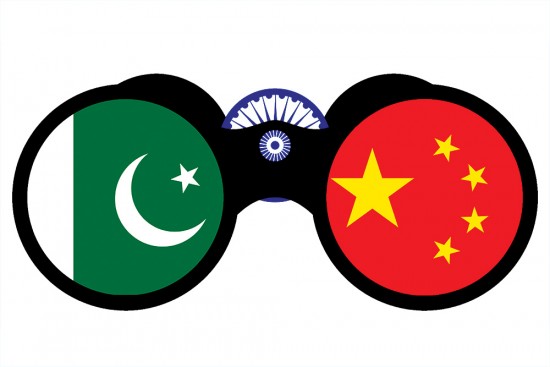 As the dust settles over India’s judicial triumph at the Hague, New Delhi will derive satisfaction from what it has ach­ie­ved—that too, in a rule-bound international setting. But there is a parallel geopolitical circumstance where India may be haunted by a sense of not being in the game at all: the giant, transnational web that China calls One Belt One Road (OBOR) and its proximate segment, the China Pakistan Economic Corridor (CPEC).

It’s natural that India looks at this phenomenon with a mixture of chagrin and defiance—this week it stayed aloof from the grand OBOR jamboree in Beijing. Some see in the Chinese initiative to exp­and its own area of influence in the Asia-Pacific region a parallel to what the Americans had done after WWII—prop up several Asian economies, like Japan, South Korea and Taiwan.

“China’s One Road One Belt is indeed a parallel to the American onslaught on globalisation. Now that the US is pulling out of various global pacts like the Trans Pacific Partnership trade deal, which was in keeping with its global ambition, the Chinese have de facto replaced the US. The aggressiveness of the Chinese president and the withdrawal of the American administration from engineering the whole world have worked in China’s favour. This is going to affect India as it deals with issues on its borders with Pakistan,” says Biswajit Dhar, professor of economics at JNU.

Surprisingly, there are mixed feelings even in the country that CPEC may transform completely: Pak­­i­­stan. As exhaustive details of the CPEC blueprint became public last week, revealed by Karachi’s Dawn newspaper in an exclusive, the full immensity of China’s plan became clear.

It’s virtually a wall-to-wall mapping of every inch of Pakistan territory. The blueprint reveals a netw­ork of hubs and micro-­zones, marked out for a var­iety of interrelated economic activities, and an infrastructural grid linking them up to a bigger dragnet in such an exhaustive manner that Pakistan may eventually resemble a Chinese colony. No wonder, foreign policy experts in Islamabad are displaying a measure of ambivalence, even apprehension.

The Long Term Plan (LTP) document for CPEC was developed by the Chinese Development Bank and later finalised by both the Chinese and the Pakistani governments. But since the document was made public, questions are being raised on its effect on Pak­istan’s sovereignity, even as China tries to transform Pakistani society into a smaller version of China. Naturally worried about its implications and how people and political parties would react to it, Pakistani minister for planning and development, Ahsan Iqbal, was forced to clarify his government’s position in a popular TV talk show and explain that since the document was written, it has undergone several changes. The minister also promised to make details of the grand plan public soon. But this has not stopped questions both from within and beyond Pakistan on the plan’s ramifications and if it was to be implemented on India and other regional countries too.

Dhar points to the fact that with Chinese helping build Gwadar Port in Balochistan under a 40-year operatorship deal, it will help China dominate the western seas and substantially ease its access to Africa, saving millions of dollars in transportation of goods.

Referring to the CPEC, Dhar states that it conflicts with India’s security int­erests. “If Pakistan agrees to be the junior partner of China in the CPEC project and allows China to use its territory in more ways than one, one cannot rule out anything. While Pakistan’s sovereignty will be truncated, India too will have several reasons to be worried. Once the infrastructure is in place, Pakistan will be able to dominate, while China would control the entire region around the corridor if they can put some money in different projects in an area of strategic importance.”

According to Sachin Chaturvedi, dir­ector-general of Research and Information System for Developing Countries (RIS), while the US model was very much private sector enterprise driven, one is not so confident if the same is the case with the Chinese model. “We are not aware if the Chinese model would reflect innovation-led growth, though in form and appearance both the US and China model look similar. The China model largely reflects the narrow interests of Chinese state-owned enterprises, on top of which China is likely to leverage the essential principle of South­-South cooperation, whereby mutual benefit becomes the bottomline,” says Chaturvedi. However, irrespective of how Pakistan grapples with the CPEC plan, the grand OBOR blueprint is important for India also because it indicates how its ties with Beijing are likely to evolve.

Of course, more imminently, developments in the Hague over the Kulbhushan Jadhav case will have an impact on India-Pakistan ties, possibly deciding the immediate fate of the stalled dialogue. The Int­ernational Court of Justice ruling saves Jadhav from the gallows for now. There is a strong likelihood that in the next stage, India will seek consular access to him (at the ICJ) in an unknown Pakistani prison. 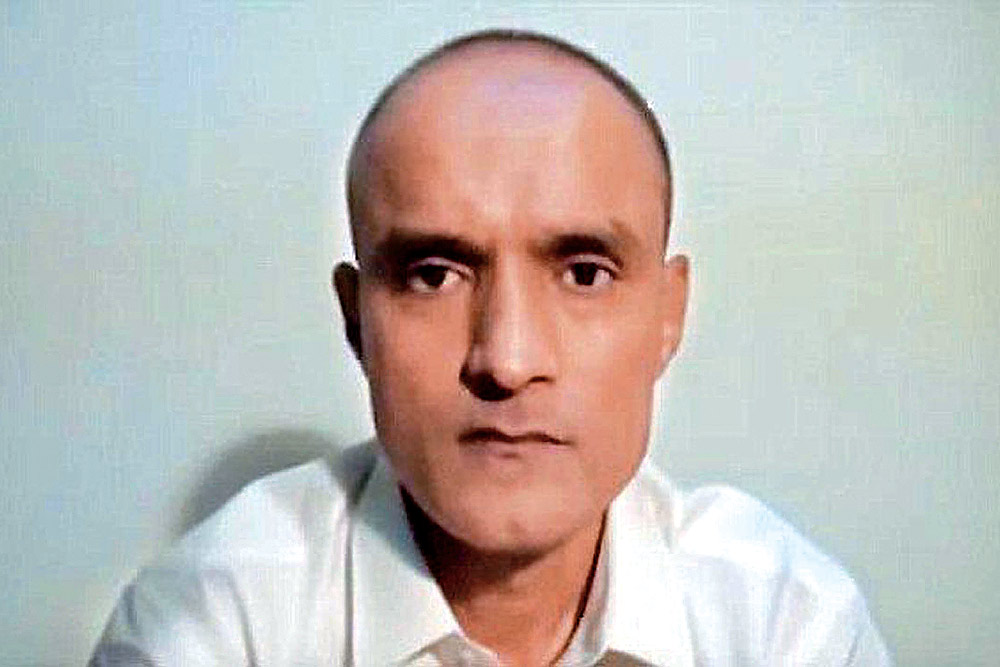 The fate of the India-Pakistan stalled dialogue will depend on developments in the Hague in the Kulbhushan Jadhav case.

The Indian establishment had alw­ays been wary of the OBOR plans of China, even though its opposition to it became much stronger only after the CPEC was introduced in it and sho­wcased as one of its main highlights. Since much of the CPEC—connecting Gwadar in Balochistan with China’s restive Xinjiang province—runs through the Gilgit-Baltistan area, which is part of Jammu and Kashmir that India’s claims as its own, New Delhi’s opposition to it was well-known. That, and the fact that the project was being given the name ‘China-Pakistan Economic Corridor’, see­­­­med to the Indians as legitimising Pak­istan’s disputed claim over Kashmir.

Next only to the US, China is the other significant beneficiary from globalisation. While US multinationals were able to make use of cheaper labour and have access to raw material supplies, China emerged as the largest manufacturing and export hub. With the US pulling out of the TPP, a practical, and crucial, imp­ediment to China’s ambition may have been removed—under the trade agreement, many of the Asian countries would have been exclusively bound to North and South America. Without those constraints binding Southeast Asian countries, the OBOR areas would cover 55 per cent of global GDP and 70 per cent of the global population.

Chaturvedi clarifies that while the grand OBOR project is akin to the US’ Marshall Plan, under which it provided $13 billion in 1948 for the resurgence of European industrialisation and to create a demand for its goods, OBOR has an element of loan, there is no ‘charity’ as such and that China “would definitely like a slice of the cake”.

With estimated reserves of around $3 trillion, China is well geared to meet the financing needs of hundreds of projects in and around the proposed OBOR. Between 2004 and 2013, China’s overseas investments increased 13.7 times, from $45 billion to $613 billion, according to a report published by World Resources Ins­titute in 2015. Citing Chinese government data, the report states that since 2010, two Chinese state-owned banks (CDB and the China Exim) lent more money annually to other developing countries than the World Bank. It is proposing to fund many of the projects on the OBOR through the New Development Bank, the Silk Road Fund and the Asia Infrastructure Investment Bank set up in 2014.

But India’s absence at Beijing’s big OBOR meeting is not couched in inflexibility. Though riled by the CPEC’s trampling on its sovereignty, New Delhi is prepared to react positively on other OBOR plans. The Bangladesh China India Mya­nmar (BCIM) initiative, part of OBOR and talks for which were st­a­lled for over two years, began last month in Calcutta. Amidst the gloom, India is not averse to picking out the bright spots.

By Pranay Sharma and Lola Nayar

The Chinese Map For A Dependent Pakistan