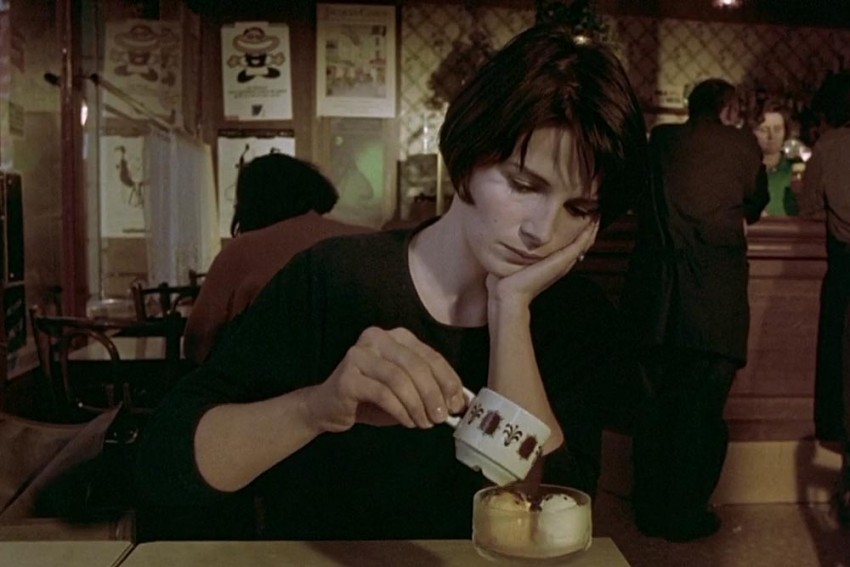 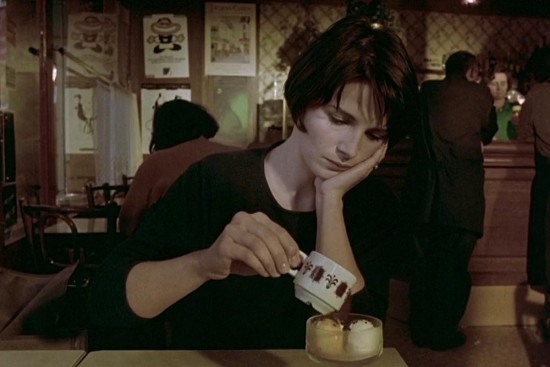 There is a shot in Blue, where Julie (an achingly stunning Juliette Binoche) is sitting in a cafe, meeting her ex-lover who has found her after a lot of effort. She is still in shock as she has recently lost her husband in a car accident. There is a man sitting on the street playing a haunting tune on his flute. Julie picks a sugar cube, places it on her brimming cup of coffee and the extreme close-up fills the screen showing the cube turn from white to brown as it soaks up the coffee. This shot takes five-and-a-half seconds. Kieslowski, in an interview, says the idea was to convey the feeling that Julie is focused on such a mundane activity, she doesn’t care about her lover coming back to her. But the shot had to be of exactly that length, not three seconds, not 11 seconds. Kieslowski’s assistant spent half a day, buying various brands of sugar cubes and timing it with a stopwatch to see which would soak up the coffee in exactly five-and-a-half seconds. Because the filmmaker believed the audience will only appreciate the shot for that length. This is Blue—lovingly chiselled, sparingly distilled, unbearably light.

Blue is of course part of Kieslowski’s celebrated Three Colours series—based on the colours of the French flag and what they stand for—the other two are Red and White. His other standout work is Decalogue, a brilliantly original take on the ten commandments made for Polish television. All 10 short films of one-hour each are a masterclass on filmmaking, out of which A Short Film About Killing and A Short Film About Love are the usual festival favourites.