What punishment awaits the guilty? And can the loss be recouped? 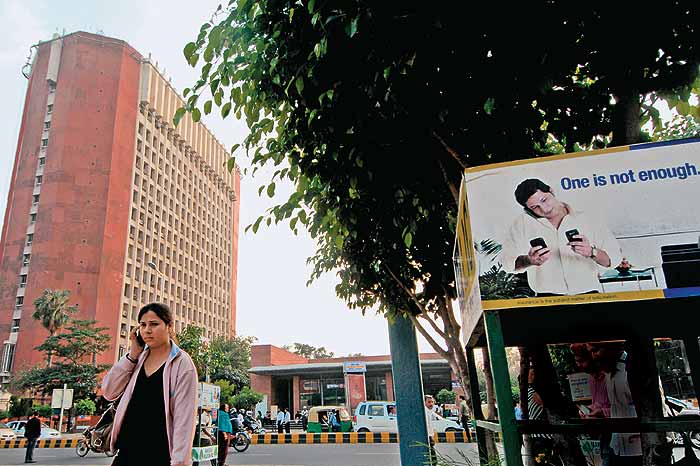 It’s clear the authors of the Comptroller and Auditor General (CAG) report on the allocation of 2G spectrum knew they were preparing no ordinary document. Worded rather eloquently by CAG standards, the 77-page report stresses that the issuing of 120 licenses in January 2008 had caught the attention of the “media, Parliament and informed members of the civil society” and an in-depth examination “needed to be done”. Well, the report certainly opens a can of worms in one go, exposing one of India’s biggest scams ever—one that has now even drawn into its widening web Prime Minister Manmohan Singh.

“In India’s telecom sector, there is a scam every five years, and there is no deterrent for the culprits,” says Rajya Sabha MP Rajeev Chandrashekhar. But the beauty of this scam is that no one—ousted telecom minister A. Raja, bureaucrats, or companies, whether new or well-established—escapes the fallout. There is, however, a caveat to that: that happens in a perfect world, where justice is actually delivered. Wallowing in the immediate outrage, everyone is seeking answers to whether the guilty will eventually be punished and whether the enormous sums of money will be recovered.

To be sure, the CAG report is a clear indictment of Raja. CAG finds plenty of faults, from the decision of the department of telecom (DoT) to allow dual technology in late 2007 to the under-valuation of licence fees and spectrum to the manipulation of dates and applications to favour a few. It’s clear that DoT flouted its own guidelines on eligibility and arbitrarily changed things to give an unfair advantage to some companies. Many companies that got 2G licences also misrepresented facts, or just fudged them.

The Telecom Regulatory Authority of India (TRAI) has already jumped into the fray: on November 18, it recommended the cancellation of 62 telecom licences of five companies—Loop Telecom, Etisalat DB, Sistema-Shyam, Videocon and Uninor—for non-fulfilment of licence conditions. It’s a smart move: while cancelling licences on the basis of the CAG report could lead to litigation, a non-rollout of licence obligations can be done without getting into such problems.

If acted upon, this would be the first step in salvaging some pride—and money—for the government. How much is really at stake? The CAG report arrives at a figure of Rs 1,76,000 crore as the “presumptive” loss on account of this scam, using many routes. But all this could be conjecture—market conditions and 3G prices would have been totally different if the existing players were given spectrum according to the original subscriber-linked formula in the first place.

That’s why the decision to retain the 2001 price of Rs 1,651 crore for 2G licence and start-up spectrum in 2008 has rightly been questioned in the CAG report and has been cited as one of the main reasons for the huge loss to the exchequer. In fact, Nripendra Mishra, then chairman of TRAI, had told Outlook in December 2007 that “the licence fees need a relook. At today’s prices, the Rs 1,651 crore fee should be Rs 6,000-10,000 crore.” Calculated at this rate, yet another estimate of the loss can come up.

Whatever the number, what’s the government going to do to get the money back? Mahesh Uppal, a telecom analyst, says, “All the government needs to do is cancel the licences, take back the spectrum, and sell it at market rates. The entire value potentially lost will be recovered.” There are options before the government. Chandrashekhar has an interesting, and perhaps workable, suggestion: the government should not only order forfeiture of the licences of the erring companies but also of those who have not rolled out services, besides making the existing players with excess spectrum pay up at market rates. If the government is serious, it could also impose a windfall tax on companies who have made money, especially in the case of Unitech and Swan.

Additionally, given that the awarding of spectrum to dual-licence holders Reliance Communications, hfcl, Shyam Telecom and Tata Teleservices has been found faulty, the players may have to cough up more for spectrum allotted to them. There could be more bad news for Reliance Communications in particular, as it has been named in the CAG report for having more stake than the permissible 10 per cent in Swan Telecom at the time of application. Reliance, of course, has refuted these charges, saying that CAG arrived at the figure of 10.71 per cent stake by adding preferential equity, which was not allowed by law, a fact it says is endorsed by the Registrar of Companies, Mumbai. Lawyers are sure to have a field day here.

TRAI may also come in for some flak for its weak response while Raja was on the rampage at Sanchar Bhawan. TRAI did not clear the ambiguities and was not vocal enough in opposing Raja’s policies. Chandrashekhar, who has been writing to the prime minister warning of the scam in telecom for over two years, questions TRAI’s actions: “It is impossible for a minister to use his administrative discretion to award licences as there is a system of checks and balances, the centre of which is TRAI. The spotlight now should be on TRAI—on why it did not object when its recommendations were being misinterpreted.”

Already, the spotlight has shifted to bureaucrats and officials in the telecom ministry who either aided Raja or just played along as he twisted policies. One among them, R.K. Chandolia, earlier Raja’s personal secretary and currently economic advisor to the ministry, could face action.

The biggest question is whether the government can muster enough political will to put the guilty to task. Actual punishment for white-collar crimes is rare in India. Then, there is the issue of subscriber interest, which may prevent disruption of services (if licences are cancelled). But one thing is clear: for now at least, public opinion is stacked heavily against Raja and the erring companies. The government must act now.

There Was A Swan, It Had A Tale