This Way To Oudh 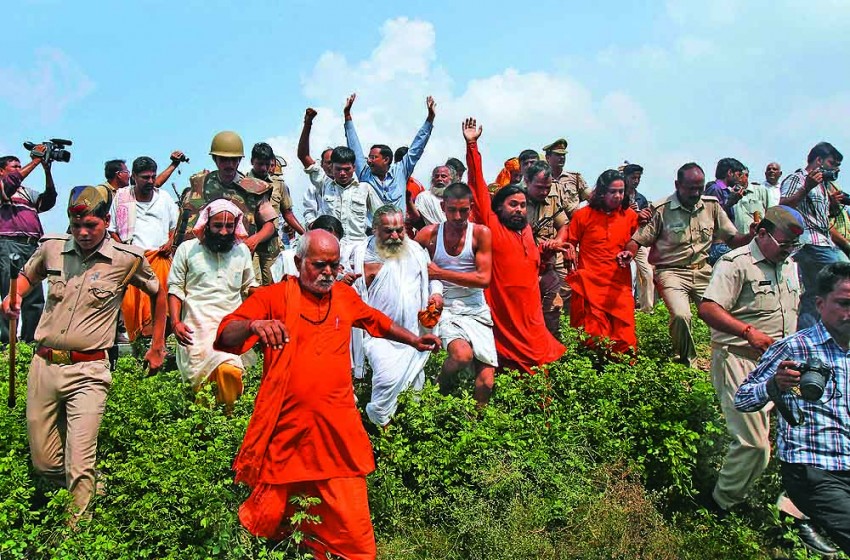 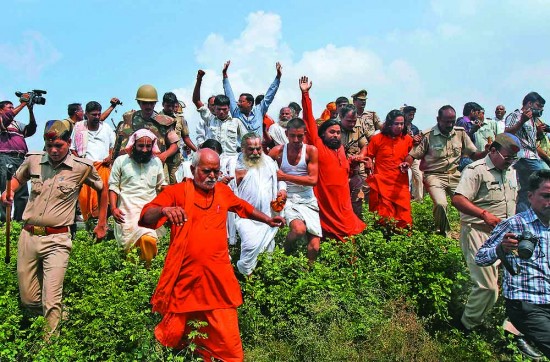 Four full years after he last set foot in Uttar Pradesh, Narendra Modi arrives in dusty Kanpur on October 19 to kickstart the the BJP’s 2014 poll campaign for the state. He won’t be just the party’s PM candidate or the much-touted ‘vikas purush’. Instead, over the weekend in UP, Modi will also revert to ‘Hindu hriday samrat’—a construct his party and strategists hope to wield with profit in a state communally charged after a longish hiatus.

After all, freshly scarred by the communal riots in Muzaffarnagar, Uttar Pradesh, as BJP masterminds have always seen it, is fertile ground for the strategy of severe polarisation that the party believes will help them wrest at least 40 out of the 80 Lok Sabha seats in the state. For the BJP, Uttar Pradesh matters. Not just because of the number of Lok Sabha seats, but also because it is the only state where, as party leaders concede, “some kind of polarisation is possible, given the simmering anger amongst young Hindus over appeasement of Muslims by successive governments and the presence of Muslim sympathisers like the Samaj­wadi Party”. The September riots in the Jat belt of Muzaffarnagar have strengthened their faith in this theory.

BJP leaders in Lucknow confirm this. “The Jats have traditionally backed Ajit Singh’s Rashtriya Lok Dal. The Sama­jwadi Party’s failure at dousing the recent riots exposed their duplicity. It also made the Jats realise that Ajit Singh, a Union minister in the UPA, was not going to protect them, especially since his ally at the Centre, the Congress, was going to be busy protecting Muslims. The riots have forced the Jats and other upper castes in UP to think and wonder which party would serve their interests,” says a leader. The simmering cleft between communities and castes is too evident to be missed.  UP’s BJP leaders believe and argue that the slide in the party’s fortunes here can solely be attributed to its “deviation from its core agenda of Hindutva”.

It wasn’t without reason then that BJP general secretary in charge of UP, Amit Shah, raised the emotive Ram mandir issue from Ayodhya on July 6, when he visited the makeshift Ram temple at the disputed site. Although Modi had turned down an invitation from Mahant Nritya Gopal Das to visit the temple in June, his trusted aide was allowed to reintroduce mandir into the discourse. Soon after, the party announced its support for the Vishwa Hindu Parishad when the latter’s members were stopped from undertaking the 84-kosi yatra, from Mathura to Ayodhya, with senior leaders lending voice to the VHP’s anger in New Delhi.

It is fraternal outfits like the VHP, which takes orders from the RSS, that are now being used to whip up passion aga­inst minorities in Uttar Pradesh. With polls just six months away, meeting after meeting lays emphasis on emotionally charged communal issues. A party strategist for Uttar Pradesh explains, “If UP has to be won, it can only be done through the politics of polarisation. The RSS has been taken into confidence and it has okayed roping in Sangh outfits to do the needful. The VHP will play a big role in the state in 2014.”

While Modi has steered clear of communal rhetoric, he will not mind the dividends of being a Hindutva mascot in UP.

It is with this clear agenda in mind that the BJP has designed its strategy for UP. Sources confirm that while Amit Shah is the party’s political face in the state, parallel set-pieces are being closely planned by VHP chief Ashok Singhal. In fact, Singhal has been given the task of personally reviving the careers of fiery orators like Sadhvi Rithambara and Swami Chinmayanand through rallies planned across the state in the run-up to the polls. The instruments of polarisation in UP also include the revival and reactivation of Sangh-inspired outfits like the Bajrang Dal, Hindu Jagaran Manch, Dharam Jagaran Manch and the Dharam Yatra Mahasangam. Most of these outfits, sources confirm, have been either dormant or technically inactive for the last five years. Led by the VHP, these outfits are being prepared to mobilise and consolidate the sadhu samaj, which will be employed to keep up an overtly religious pitch through election season. Interestingly, some sadhus had evoked the chants of Modi-for-PM from the ghats of the Ganga during the Kumbh in Allahabad.

The RSS, convinced of a 2014 poll victory under Narendra Modi, “is sparing no efforts in connecting the intellectuals in the country with emotive issues”. “The RSS and its sympathisers will ensure that the youth and intellectuals are aware of the dangers we face from Pakistan. Regular updates on the Talibanisation of Pakistan and opinions on the issue are being sent to citizens through our internet database. People must know what Pakistan is up to and how the Congress-led UPA can do nothing to change our status of a soft state,” explain sources in the RSS.

It is this “soft-state” argument against the UPA that Modi is poised to play up in his UP campaign, say party leaders. Given that Modi has pitched himself anew as a  pro-dev­elopment man of late, any communal rhetoric from him would be poison for his carefully nurtured aura that’s needed to counter the stigma of the 2002 Gujarat riots. But that’s for the rest of the country. In UP’s Hindu heartland, the calculation goes, Modi needs to invoke his image of a Hindutva mascot that his rural audience will connect with. Strateg­ists have therefore found him a safe passage. Sources say that even as Modi will steer clear of the temple issue, he will fire salvo after salvo against Pakistan and the UPA’s failure at controlling cross-border terror. A senior leader confirmed that the idea is to “multiply the anger against Pak­istan, turn it into a concentrated cam­paign against the UPA and use that to produce an anti-Muslim rhetoric.”

Hindu chauvinism may work for the BJP. Especially in UP, where it is working hard to tap hordes of kar sevaks it once collected for the Ramjanmabhoomi movement. These leaderless, often unemployed men, say sources, have long nursed an anger against Muslim appeasement. Forced to cool their passions with the BJP’s electoral nosedive in Uttar Pradesh in the last decade, they are now being wooed for the final coming of the messiah. The promise on offer is simple: if not in Ram, then faith in a messianic Narendrabhai is the safest bet for deliverance.

That Lawyer In Natal