This Test Is Only Getting Uglier

NEET popped up issues this time too. Is the exam proving to be a disaster than failure? 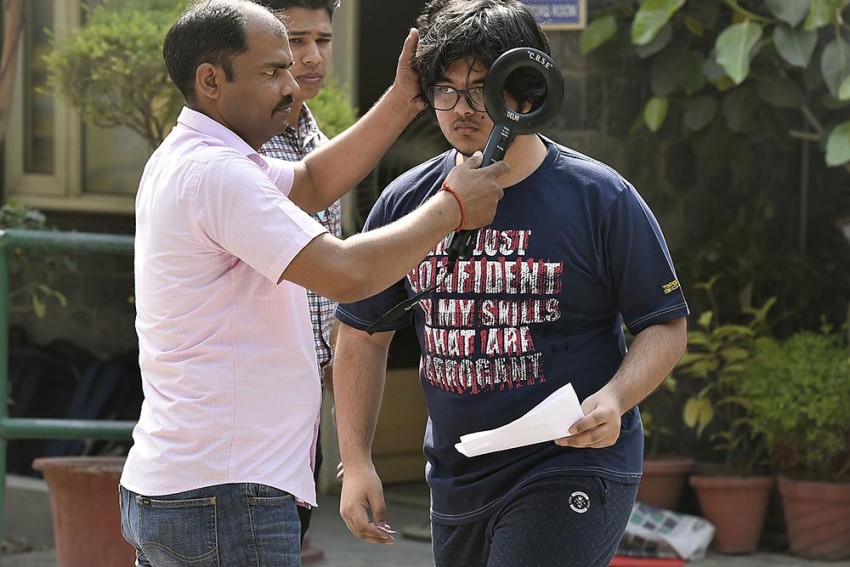 Frisked
A student at the May 7 NEET exam in Delhi
Photograph by Getty Images
Arushi Bedi May 23, 2017 00:00 IST This Test Is Only Getting Uglier 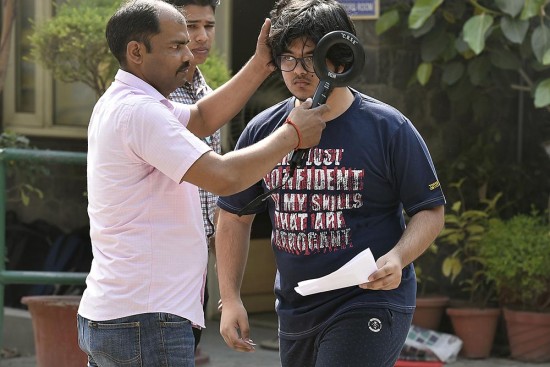 The National Eligibility cum Entrance Test (NEET) has been rife with controversies since it was introduced two years ago. This time, too, controversies cropped up after a strictly-enforced dress code led many to either miss the exam or start late in the hall. Sources in the health ministry have indicated that the medical entrance exam, like it happened last year, may be held again. In 2016, a Supreme Court order forced NEET authorities to hold the exam for a second time—on July 24. The controversies this year prompted some students to move court. They filed a writ petition in the Madras High Court, which has sought the Union health minister’s views on conducting the NEET exam once again this year.

In any case, there are more problems to NEET this time—following rumours of exam papers being leaked in Bihar. More importantly, many students allege exam papers in regional langua­ges, mainly Gujarati and Bengali, were more difficult than those in English and Hindi. Such irregularities with the question paper have students questioning the validity and uniformity of the NEET, the main purpose of which was to provide a uniform playing field to all those applying for admission.

Formulated in 2015, NEET was envisioned to be a one-point entrance exam for admission to MBBS and BDS courses, on the lines of the JEE conducted for engineering courses in both public and private colleges. This year, the test conducted by the government on the May 7 saw students, ahead of the exam, being frisked, asked to remove shoes and clothes in non-conformance to the advisory issued by the CBSE on its website. In an incident in Kerala, some invigilators asked girl students to remove undergarments to ensure the strict anti-cheating guidelines.

Arati Menon, a student who appeared for the exam in Kochi, said that different invigilators were assigned for frisking and classroom monitoring and those in the first category might have become a tad overzealous. “The students did adhere to the guidelines for dress code given on the CBSE website, but many teachers in our centre made children remove clothes and shoes despite the students having followed the rules,” she says.

Rumours are afloat that NEET may be discontinued from next year. It can only add to the chaos in more ways than one.

More than 11 lakh candidates appeared for the exam this year, competing for 53,430 seats in over 3,000 colleges across the country. The paper was held in 9 different languages. Just like it did last year, confusion and inconsistencies prevailed. Many students who had opted to give the exam in regional languages were given English question papers. Students who opted for regional language paper in West Bengal allege they had fewer questions. “NEET is supposed to have 180 questions of four marks each making a total of 720 marks. In the Bengali paper though, we had lesser number of questions,” states a student, pointing out that this put them at an immediate disadvantage in the rankings. The Bengal government too has complained to the central authorities that the Bengali question paper was tougher than the questions in other languages.

The controversies have already led the Central Board of Secondary Education (CBSE) to re-conduct the exam in Telangana’s Warangal for 230 students. This was after 228 of them, who had opted for taking the exam in Telugu, were given Hindi language question papers.

Student protests have been reported from the country’s different parts, including in Tamil Nadu, Gujarat and Bengal. Many students recently met with human resources development minister, Prakash Javadekar, to put forth their complaints. The HRD ministry in turn has asked the CBSE for a report on the validity of such complaints, but is yet to receive a response. Several attempts by Outlook to get CBSE officials to comment on the various complaints yielded no result. An email reply from the CBSE says that officials were unavailable to comment due to upcoming results for Class 12 board exams. Some members of the CBSE, speaking off the record, did imply that there was a huge possibility that the exam may be held again, given the outburst from the student and parent community.

Dr Major Gulshan Garg, Chairman of Sankalp Charitable trust, which was instrumental in the Supreme Court order to hold NEET, has also pushed for the exam to be held again on a national scale. Garg tells Outlook that the trust has already written to Union health minister J.P. Nadda in this regard. “The way the NEET exam was held this year was not only unfair to the students appearing from different states, but also unconstitutional,” he says. Reason: an Act passed for the NEET exam “clearly mentions that all papers in different languages need to have uniformity”.

Some students and teachers though are not too keen on the government re-conducting the exam this year. A Delhiite aspirant who appeared for the exam says that this would simply mean another round of preparations and a delay in the admission process to different colleges. Her thoughts are mirrored by city-mate teacher Ganguly, who says that it would be a bad idea to put students through another round of the same test.

Amidst the controversies, there are rumours that the NEET may be discontinued from next year. Such a move will not only result in chaos in the admission process, but would also enable fake colleges with no standardisation to select students. Discontinuing with NEET will be “extremely difficult” to do, Garg adds. “NEET was brought about after a bill was passed both in the Lok Sabha and Rajya Sabha and has the approval of the President. To cancel it would mean going through this whole process again.”

NEET has helped integrate state board syllabus with CBSE, with a higher preference being given to the syllabus of Class 11 and 12 in CBSE. Data suggests that this has pushed several parents of students studying in state boards to shift their children into schools affiliated with CBSE.

With pressure mounting on the ministries of HRD and health from the Madras High Court as well as the West Bengal government besides the civil society at large, there is now high likelihood of the exam being held again. The answer, which is key to the test,  is soon to be uploaded online though it is already available from various coaching institutes.

In the event of a re-exam, it remains a concern for many whether students who appeared for the previous exam would actually be able to opt out of retaking the exam. The government does need to ensure uniformity and standardisation in the papers as well as better management of resources and manpower. Clearly, the effort this time too was not neat.

Men’s Chamber No More As She Opens The Doors