This Is My Charminar

How can I let politics liquidate my sense of belonging to this city? 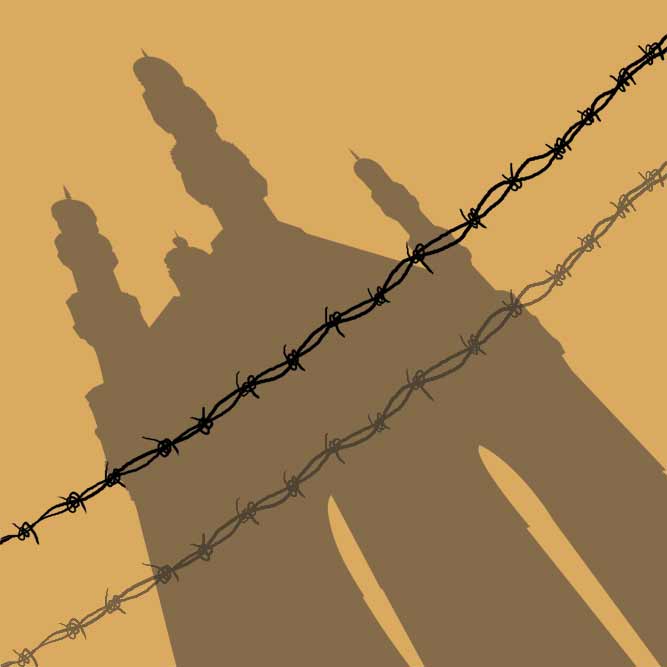 Illustration by Sorit
Parakala Prabhakar March 03, 2014 00:00 IST This Is My Charminar 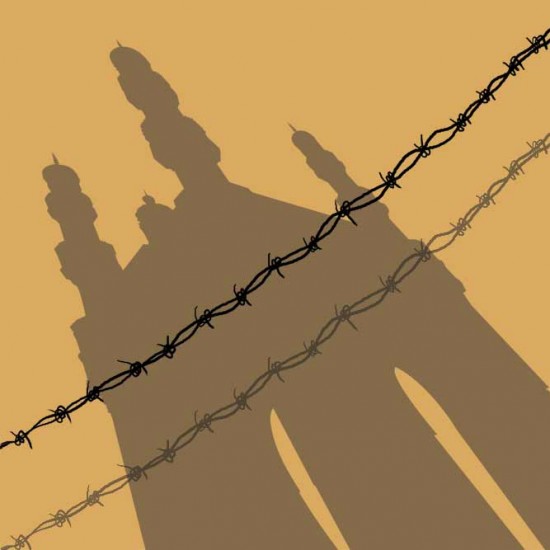 I came to live in Hyderabad in 1992, a few months after I returned from the London School of Economics (LSE). Economic reforms had just been unveiled in India. Perhaps no other city adapted itself so fully and quickly to the liberalised and globalised phase of the Indian economy as did Hyderabad. Today, you will find the icons of new economy dominating the city’s landscape. Interestingly, before that Hyderabad was quintessentially a comm­and economy city with a large num­ber of public sector ind­ustries and government R&D establishments around its core. Before that, it was a city that personified a feudal-aristocra­tic ambience with an unequal mix of high culture and gruesome backwardness. Hyderabad thus has the uncanny ability to reflect and own the essence and drift of the political economy of India. In many ways, it is a microcosm of our country.

My relationship with the city started in the early 1960s when I was a toddler. And my family’s bonds with it began even before it became the capital of the larger Telugu state, Andhra Pradesh. Two of my uncles married Hyderabadis and one of my aunts came to live in our native small coastal town. So I had a taste of Hyderabad at home even before I came to the city. My father’s responsibilities as a legislator and subsequently as a minister brought him to Hyderabad for long periods. That’s how my trips to Hyderabad began and became quite frequent. It was love at first sight with Hyderabad for me. I can’t say that even about Paris, the other city on the globe that I like so very much. Maybe because somewhere in my consciousness I knew that the Charminar was mine in a way the Eiffel Tower was not; Salarjung Museum was mine in the way the Louvre was not.

The imposing Charminar, Salarjung Museum (one can’t forget the clock that has a small toy man come out to strike the hour bells), the historic Golkonda Fort, the zoo, the Tank Bund, Gandipet lake, Naubat Pahad, Assembly building, the majestic state central library, they have never ceased to fascinate me. Every relative or family friend who came to Hyderabad did this sightseeing circuit. I seldom missed a chance to accompany them and see these places again and again.

Life in Hyderabad those days was very laid-back. Shops never opened before 11, there were hardly any motor vehicles on the roads. Cycle rickshaws and bicycles carried people around. We had double-decker buses (no child would ever agree to sit on their lower deck). When autorickshaws came, they were a novelty. Their starting fare was just 5 paise. They were a respectable compromise for the middle class, between cheap city buses and expensive kala-pila taxis. Even in the 1960s and 1970s Hyderabad was still transitioning from the charming old-world phursat to the time-keeping rooms of the public sector-dominated socialistic pattern of society.

Telugu cinema was still made in Madras, most newspapers still printed in Vijayawada. People came to Hyderabad from coastal, Rayalaseema and Telangana districts only to move their files in the state secretariat. They promptly went back home after business was done. Even MLAs had no perm­a­nent establishments in the city; not even those from the Tel­­angana region. The advent of public sector industries changed things. They started pulling people into the city from every corner of the state, and even the country. As late as 1981, there was paddy cultivation in Punjagutta, a central place in the city. A concrete carbuncle of a busy commercial com­plex stands there today. The onset of liberalisation in the ’90s took the city to a different level altogether. The hectic pace of economic activity has rendered the city unrecognisable.

People came to Hyderabad from many parts of the country. But they came knowing that they were coming to a different part of the country. But when people came from coastal and Rayalaseema districts to Hyderabad, they came in with a different consciousness. They came in the same way as people from the Telangana districts. They too thought they were coming to their state’s capital.

I came to Hyderabad because it is my state’s capital. I would have gone to Visakhapatnam or Kurnool much the same way had any one of them been my capital. But today politics wants to tell me that this is not my city. Politicians tell me that I too can live here but as a stran­ger, as a visitor with a backpack. They want to liquidate my sense of belonging to this city. I have to wage a battle: a battle between my sense of belonging to the city and the politics that is threatening to deny that to me. I don’t mind feeling like a tourist in front of the Taj Mahal, in the midst of Trafalgar Square, on the Champs Elysee and admire them. But I don’t want to feel like a tourist in front of my Charminar. I am sure many people are waging a battle like me and feeling like me today. Since we have no politics, our battle is a silent one, fought in our own minds and hearts.

To All The One-By-Four Hyderabadis