This Is A Jail

A prison where freedom rules, inmates live in houses and work outside the premises 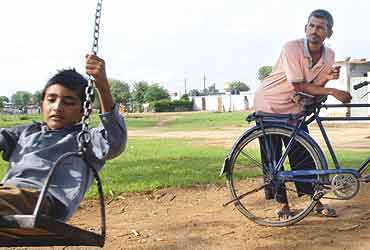 outlookindia.com
-0001-11-30T00:00:00+0553
Khula bandi. An oxymoron on the simple hand-painted signboard: Khula Bandi Shivir. Open prison. So the government has a sense of humour, I mutter to myself.

Open it certainly is. The grill gate is not padlocked. The 5-ft-high boundary wall merges into the back walls of the rows of living quarters on the right. To the left, it begins with a payphone booth owned by Naveen Sharma, the most prosperous prisoner and mukhiya of the five-member prisoners’ committee that works like a panchayat, his two-room dwelling, and then the free primary school. Thereafter, the wall loses itself behind a big textile unit shed. Through this broken patch, Sanganer residents often take a short cut to Mansarovar town, when the lone security constable isn’t looking.

Welcome to Shri Sampoornananda Khula Bandi Shivir, Sanganer. The centre of Rajasthan’s famed vegetable-dyed hand-block prints also hosts Asia’s—and probably the world’s—oldest (1958) and fully open prison. The 10-acre land is home to 163 people, 12 of them women, all convicted of murder. Not a cluster of iron-barred cells but houses built by themselves with their own money. Homes that contain parents, spouse, children, grandchildren—one living room with a TV, a kitchen, a toilet and a square of empty patch to keep a cow or a two-wheeler. Naveen Sharma’s Tata Sierra is too big, so he parks it in front of his house; the trucks and trailers used for the building material supply business he conducts over a couple of phone lines stand on the road outside.

It’s as close to a normal life a prisoner sentenced to life under section 302 can have. Staying with family, getting parole to visit relatives/village property, leaving every morning for a job/shop/business, going even to a matinee show—all the work/play that can be done between 6 am and 7 pm. At those precise hours, prisoners gather near the gate in the courtyard for a headcount. None must stay out at night, none must delay his return without prior notice. Families though are free to move in and out. Relatives dropping by to stay are fine too. 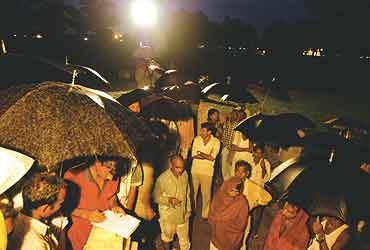 Because of the haajri (headcount) bar, Sanganer inmates must have a job within a 5-10 km radius. Still, they consider themselves blessed. All of them make a decent living—the poorest gets Rs 1,500 working the borewell pump. Most are ready to leave in two months to a couple of years and are tying up loose ends before beginning a new life, where none might regard them with suspicion or fear. Says 45-year-old Vinod Kumar Sharma, cutting master at a Rajasthan Industrial and Investment Corporation (RIICO) unit, who’s already spent 12 years eight months in prison, seven of that in Jaipur jail: "The older boy is 22, I have to give him a respectable life. After I get out, who cares what I eat, how I earn? Phir toh aaraam hi aaraam hai (then I’ll just relax)."

Right now, there’s no time to relax. Not for 38-year-old Urmila who lost both her son and husband 10 years ago. Husband testified she’d poisoned the child for the property. "My parents stood by me. I didn’t spend Rs 70,000 on a house only to give it up. I’ve called for the papers, I’ll take back my property from my in-laws." 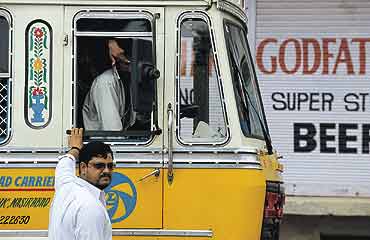 Naveen Sharma became mukhiya after his predecessor J.P. Sharma was released last January. In his spotless white kurta-pyjama and plush leather slip-ons, the fair and plump Sharma seems a greasy politician’s son. In reality, he is toiling all day to rebuild a life he self-detonated while in high school. "Haan, maine murder ki (yes, I killed a man)," says this son of a police constable in a rare confession (most prisoners say they were wrongly framed). "Must have driven the dagger into him 30 times. It was a mistake, I know now, but I’d no choice. This man had terrorised the entire locality". Sharma now works for projects worth Rs 15 crore and has a turnover of Rs 70 lakh a year."I can’t even give my address to my clients, yet God has been kind to me".Last year, he built the lone temple in the jail compound in gratitude.

But homoeopath Anil Sharma isn’t so kind. "I don’t treat patients here. They are welcome to my clinic." A five-minute scooter ride from the prison, his clinic does steady business through the day. Your practice must be fetching at least ten thousand a month, I suggest. The doctor smiles indulgently: "That’s what it costs to just run the house and pay school fees."

Prisoners have another god—additional DGP Arun Dugar, head of prisons. To him goes the sole credit for the success of the open jail concept launched in the state by a governor inspired by the film Do Aankhe Baarah Haath. "Till 1996," says Naveen, "there were three huts and 35 prisoners working as farmhands. It was an experiment gone awry."

Dugar fought for every single penny, every single privilege. "You have to take a calculated risk. Sarkar sarak sarak ke chalti hai (the government moves slowly), so I gave up waiting for permission. There are nine such jails in Jaipur, a few in other states, but none as open." Open jails are also a cheaper option for states: Sanganer inmates pay for everything they use. 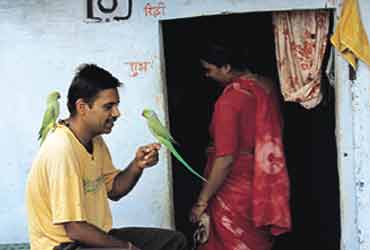 But does trust work all the way? Says Dugar: "To come here, prisoners need to have served at least one-third of their term in a regular cell, have a spotless record, and can’t be a rapist or serial killer. I have a three-R principle: reform, rehabilitation and (self-) reliance. The idea is to prepare the lifers to reintegrate into society." That the concept is working is clear from the fact that in eight years, only three went AWOL. One returned after a few days, one was found drunk; only the third is untraced. Bad behaviour gets punished by a return to normal jail.

Dugar doesn’t consider Sanganer inmates criminals—"they’re just unfortunate people". They don’t need any help to find jobs now. He’s now working on a grand open prison at Kota for 441 people and one for hardened criminals with a higher wall and tie-up with local factories. He shows as much exuberance as his prisoners. When Naveen proudly displays his bank statement of the last three years, when Urmila vows she won’t quit fighting for her rights, when Narpat Singh regrets he can’t keep his provision store open till nine because of the evening haajri, I’m reminded of what they say about the human spirit being unbreakable.