‘This Government Has Quite Clearly Lost The Plot’ 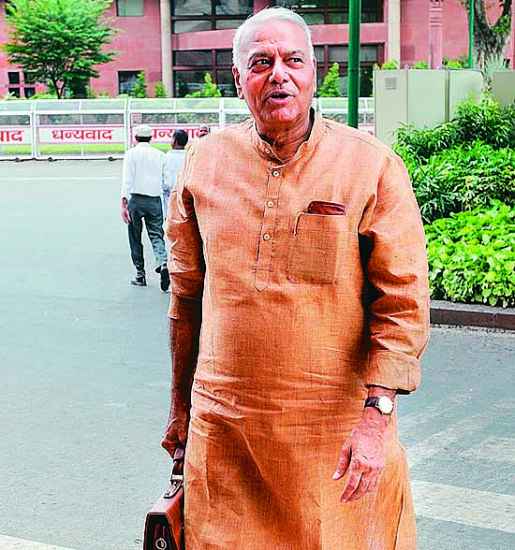 Twice India’s finance minister, first in 1990-91 during the Chandra Shekhar government, then in 1998-2002, under the Vajpayee-led NDA regime, Yashwant Sinha presided over the critical phase of the Indian economy in 1990—just before India went to IMF—and is also credited with India’s current tax structure. His advice to UPA-II in the midst of the current economic crisis is: call for early elections. If that happens, it will prove the other critical point he tries to make in his phone interview with Pragya Singh—that this government has lost all credibility.

Critical as you are of the government’s moves, what would you have done to arrest the slide of the rupee?

What we are witnessing is a crisis of confidence. Confidence does not return in a jiffy. Quite clearly, this government has lost the plot; every measure of theirs has backfired. They have been treating the symptom, not the disease, while markets expect steps to resolve problems. As long ago as 2004, I had warned, in the Rajya Sabha, to be careful of interest rates, that rising inflation will be a problem. But they were in seventh heaven while things were good. They destroyed the economy.

Are you saying that the current account deficit (CAD) is manageable, and leadership is the real problem?

The CAD is dependent on many factors, but we (the NDA) were lucky. We even had a surplus for a while. Towards the end of the regime, it did rise again, but if we have a CAD of around 2 per cent, I will still say, live with it. At today’s levels, it is a cause for concern. The present government let the CAD keep climbing on, telling people it’s a sign of a growing economy. Ultimately it’s near 5 per cent, when in 1991 it was only 2.5 per cent....