This Colt Is Too Young

From the promising new face, Fadnavis is seen to be floundering 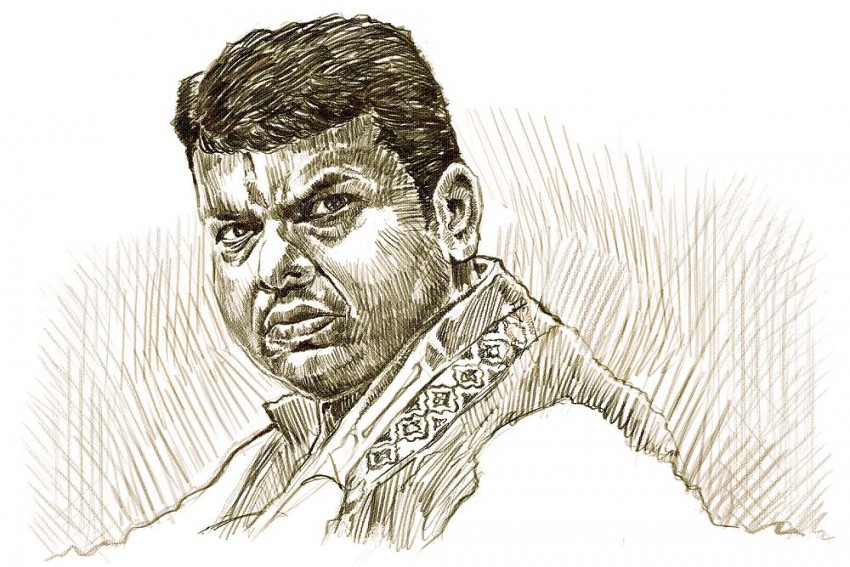 Illustration by Saahil
Prachi Pinglay-Plumber March 23, 2015 00:00 IST This Colt Is Too Young 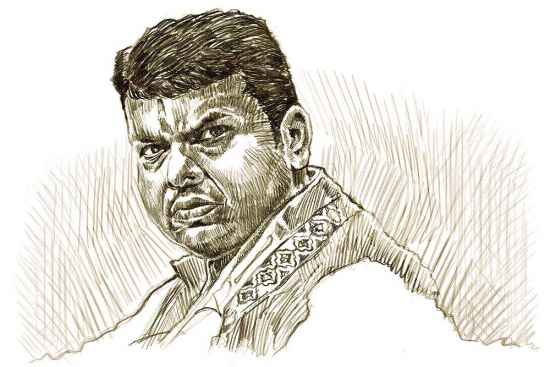 When he zoomed past senior leader Eknath Khadse, Vinod Tawde (and Uddhav Thackeray if you please) to become Maharashtra’s first BJP chief minister over four months ago, the young Devendra Fadnavis was welcomed as a breath of fresh air. A great organiser, well-educated, with an excellent understanding of law, economics and budgets, affable, approachable, he was, above all, clean—the “incorruptible urban face of the party”. He was the guy who gave an interview to an 11-year-old girl for a school project, the man who had a ‘corporate banker’ wife, led a normal life and would routinely break into old Hindi film songs.

Four months into the job, the sheen is beginning to wear off. He is being accused of pandering to the evolving BJP-RSS agenda that is starting to show amid the ‘unwarranted’ rush for development and make in India/Maharashtra efforts.

Banning cow slaughter in the state is only the latest, a law for which President Pranab Mukherjee gave his assent and for which Fadnavis enthusiastically tweeted in gratitude: “Thanks a lot Hon President Sir for the assent on MaharashtraAnimal PreservationBill. Our dream of ban on cow slaughter becomes a reality now.”

“It is very clear that they have maintained a two-tact policy at the Centre and here,” says former CM Prithviraj Chavan. “While the prime minister speaks about development, other agencies are furthering the Hindutva agenda.”

Earlier, it was the scuttling of reservation for Muslims in education that earned Fadnavis the wrath of critics. It was touted as a populist measure even for the then stuttering Congress-NCP government and announced just before the assembly elections. Fadnavis’s government not only upheld the reservation for the Marathas but let go of the Muslim reservation on the specious ground that the “ordinance has lapsed”. “They will see how far they can go. They will continuously push the envelope,” cautions Chavan about the saffron agenda. Fadnavis defended the move, though he assured the media that Muslims would not be sidelined.

However, even the Shiv Sena, whom the BJP got on board rather reluctantly, is turning the heat on Fadnavis. Uddhav Thackeray said that the BJP government could take the controversial nuclear power plant project at Jaitapur to Gujarat. Saamna editorials take regular potshots at the CM, from criticising his government’s inability to nab the assailants of Govind Pansare to the land acquisition bill, the looming agrarian crisis, the possible felling of trees at Aarey Colony for the metro project and more. “Only the CM has changed in Maharashtra, nothing else,” declares one editorial.

Marathas and OBCs being the dominant force in state politics, his being a Brahmin is also working against him.

This isn’t exactly spontaneous or unplanned on the Sena’s part. The party has been feeling increasingly isolated, a fact its leaders are making no bones about. “At present, there is no communication between the CM and us,” says a Sena leader. “The attitude has changed completely since they formed the government. He is no different from the previous chief minister. He remains inaccessible to us but they should not forget that ours is the party that is truly connected to the people of Maharashtra.” The salvos are coming not just from the Sena quarters. His relationship with senior leader Eknath Khadse is under strain. The young CM claims that he inherited a huge financial mess from the previous Congress-NCP government, but it was his tea party that the opposition parties boycotted before the state budget session citing several differences, from reservations for the Dhangar community to the relief package for farmers. There aren’t many takers for the ‘Make in Maharashtra’ pitch he made at Davos either.

To be fair, he has tried to push the cause of Vidarbha’s development, as he had promised before the election. He cannot be blamed for unseasonal rains and hailstorms but there is no denying that despite his visit and stay in a farmer’s house in Yawatmal, Vidarbha, suicides continue to rise and farmers see little hope in a man who seems to further the national agenda of urbanisation and industrialisation as ‘development’. His putting the MIHAN SEZ project on fast track has succeeded only in highlighting the issue of displacement and land acquisition.

Panned by secular liberals for decisions such as the ban on beef and doing away with quota for Muslims, and by activists and environmentalists for his untrammelled ‘development’ ambitions, Fadnavis has been left to fend for himself. “He is not receiving adequate support from the Centre because they are battling their own issues and Fadnavis is not their priority,” says Girish Kuber, editor, Loksatta. “Secondly, he is not able to overcome the internal party squabbles of Eknath Khadse or Pankaja Munde. Although he is able to restrain the Shiv Sena at the administrative level, he is unable to do so at the political level. So now, he is succumbing to RSS demands because he needs some support. It is not in keeping with his identity of a modern, educated leader.” The ban on beef, in cold storage for nearly two decades, was one such decision, taken to appease the RSS.

“Apart from all this, Fadnavis will also face opposition as a Brahmin chief minister,” says Kumar Ketkar, veteran journalist and political expert. Marathas and obcs are the stronger force in Maharashtra politics and the Brahmins a minority, Referring to the beef ban, Ketkar goes on to say, “Cruel as it may sound, the farmers have to dispose of the cattle once they are old. Beef is essential food for adivasis as well as Dalits apart from Muslims and Christians.”

“He is a well-meaning person and a very good administrator,” says Shiv Sena spokesperson Harshal Pradhan. “He is the leader of the government, he takes everyone along and we are his partners. As a party we are committed to the public of Maharashtra. We represent the people and their issues are of prime importance to us. We have always fought for the common man and will do so together.”

The overtly simple and supportive statement is as loaded as the weight of a troublesome coalition, unfriendly colleagues and tricky times for the second Brahmin and the second youngest chief minister of Maharashtra.

A Disgrace To Hippocrates