This Alien Is Our Own

The pasha of pulp is back to his best 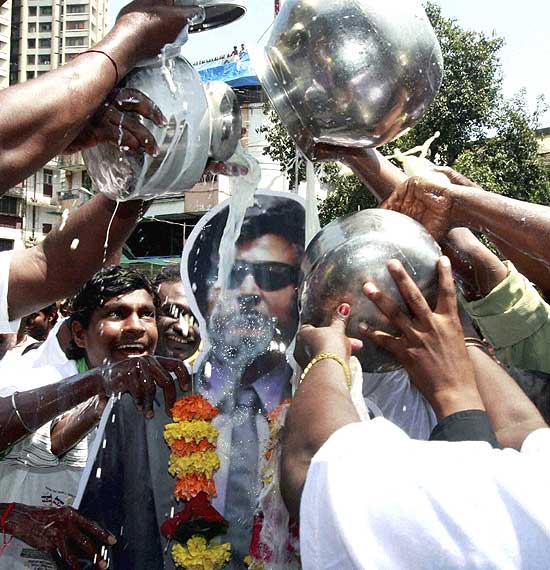 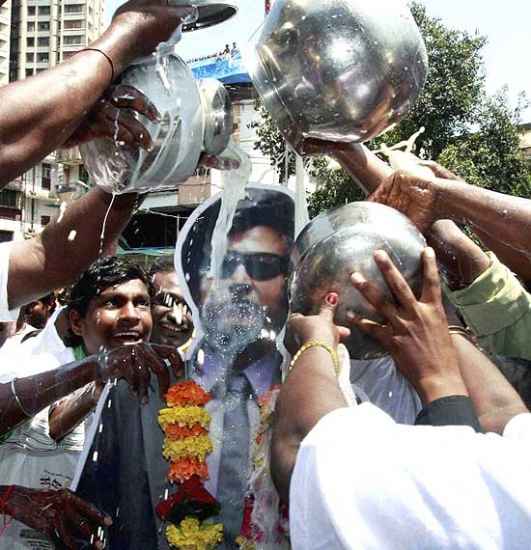 Technical wizardry, visual effects marvels, international technicians and the combined efforts of two Oscar winners go to make the Rajnikanth caper, Enthiran, a superlative extravaganza. The tale is an improbable pageant to celebrate a 61-year-old superstar’s eminence as the pasha of pulp.

A mammoth budget, the line-up of two homegrown Oscar winners, A.R. Rahman and Resul Pookutty, animatronic technologists from Stanwinston Studio, international stunt coordinator Yuen Woo Ping, and the coming together of the biggest name from south Indian cinema, Rajnikanth, with Bollywood’s beauteous face, Aishwarya Rai Bachchan, would have been enough to make the film a talking point.

But with the hand of S. Shankar, the filmmaker known for mounting his plotlines on a spectacular canvas, Enthiran also does not fail to deliver as the first-ever gala involving special effects of this magnitude in Indian cinema. Shankar uses the sci-fi delusional fantasy and his trademark stylised way of telling a story to send home the moral of tinkering with cloning and the dangers of humans seeking omnipotence. Terminator meets Chennai gunpowder and the effect is monstrous.

“I’d say the Almighty has got two things right...you and me,” snarls Robot, admiring Aishwarya’s curves.

“I’d say the Almighty has got two things right...you and me,” snarls Rajnikanth aka Robot, admiring the curves of Aishwarya Rai during a momentous occasion in the run-up to the film’s climax. Maybe, but this time around, Shankar has split Rajnikanth’s colossal image into a hundred clones and turned him into a robot, giving the hero the subdued human avatar of a nerdy scientist. Unrecognisable for his fans, Rajni is hardly noteworthy when he plays Dr Vaseegaran, a robotics scientist who has no time to trim his beard or date his lady love Aishwarya. Enthiran’s real hero is Chitti as “Rabart”, the humanoid robot designed by Vaseegaran to aid the Indian army as a war machine who kicks butt with frenzy.

The irony is not lost as Rajni’s avatar as a man machine comes close to reflecting his superstar status. He is a dangerous, edgy and destructive megalomaniac with a “silicon lion’s” appetite for ravishing the heroine. Rajni is in his element, with his poker-faced dialogue deliveries, his romantic antics, his slipshod show of affection and his ability to make Ash’s beautiful eyes swim in tears. To mark his love, he performs dorky feats like delivering babies (why do heroes win brownie points when they help birth babies under stressful circumstances these days in Indian cinema?) and cooking up a feast, enough to have the women melt. Later, as the devious terminator who wants to demolish and annihilate the whole of Chennai and its citizens for the sake of mating and producing humanoids with Aishwarya, Rajni scores.

As for the music, someone tell Rahman all is forgiven, including the criticisms over the CWG and the World Tamil Conference anthems. With Malaysian rap and hip-hop artistes, Kraftwerk feel and groovy electropop, a good number of Enthiran’s songs carry the Rahman brand multi-ethnic music fusion.

Rajnikanth’s cult demands undying devotion, age be damned. This caper is a salute to kitsch without any apologies. For those with a different cultural palate, it may seem incongruous for a weathered and aged star to cavort with a beauty contest winner, but in Enthiran, Rajnikanth, the last superstar standing, is brave enough to mock his own incredible status.