Thirst Beneath The Red Lips

Her dressed-up ways are signs of not just luxury. From running a sex racket to embezzling money to threatening witnesses, the allegations against Radhe Maa are many. 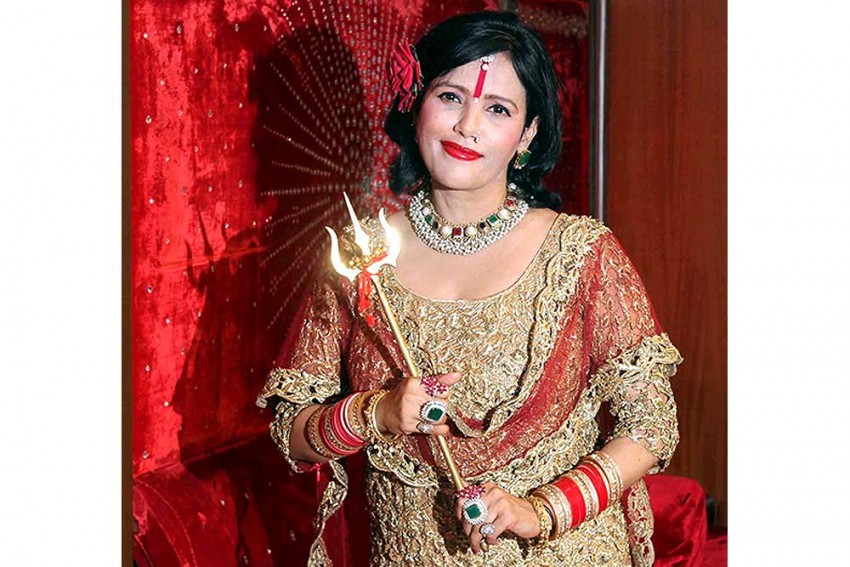 Radhe Maa
Cosmetic Spiritualism Her dressed-up ways are signs of not just luxury. From running a sex racket to embezzling money to threatening witnesses, the allegations are many.
Photograph by PTI
Prachi Pinglay-Plumber August 31, 2017 00:00 IST Thirst Beneath The Red Lips 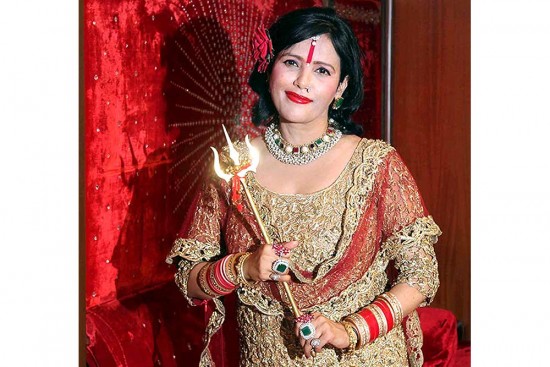 Radhe Maa’s official website introduces her as a “spiritual teacher from India with roots in Sanatan Hindu Dharma who emphasises on seva or service to all sentient beings as a means of self-purification for those aspiring divine grace.” This near-perfect pitch apart, the style and tenor with which Radhe Maa has run her operations in Mumbai for over a decade is more in tune with B-level Bollywood.

The biographical details give no early warning of the colourful person that was to come later. Born Sukhwinder Kaur in Dorangla town of Punjab’s Gurdaspur district, she lost her mother at the age of five and was married at 18. As a young mother of two sons, she was deserted by her husband who wanted to pursue business opportunities abroad.

Her introduction to spirituality/vairagya is said to have come as early as age 23. The official website puts it thus: “Whatever time remained after giving sewing lessons, Radhe Maa devoted to reciting the Gurbani.... Her father took heed of her state and took her to Mahant Ramdin Das 1008, the caretaker of the Paramhans Bagh Dera, who was 130 years of age at the time.” The mahant was “impressed” with her devotion and “remarked to her father that she appeared to be a radiant spiritually gifted soul.”

A 2015 dowry-related case against Radhe Maa was dropped after initial probe. An actress then filed a complaint against her over sexual harassment.

The Gupta family, which runs the popular MM Mithaiwala chain of sweet shops, was instrumental in bringing her to Mumbai. They provided for her stay and organised fortnightly Mata ki Chowki programmes that began winning her followers, including celebrities. Hoardings with her photos—the face sporting bright red lipstick—became a common sight. She has famously said that it is her disciples who like to dress her up.

In 2015, one Niki Gupta filed a case alleging that Radhe Maa was instrumental in asking her in-laws to demand dowry.

After initial investigations, the Mumbai police dropped Radhe Maa’s name as a co-accused from the case last year. Advocate Falguni Brahmabhatt filed a litigation in the Bombay High court urging probe on various counts. The PIL was disposed; there was no victim on record. Actress Dolly Bindra also filed a complaint against Radhe Maa alleging sexual harassment. That is pending.

“To pursue a matter like this is very difficult,” says Brahma­bhatt. “They are politically connected, and amass huge amounts of money from the public. They bribe witnesses and even threaten them. In Radhe Maa’s case, the local police station was aware of everything. The ignored the evidence we brought to their notice.”

“There are many victims and allegations of a sex racket and embezzlement,” he adds. Earlier, Radhe Maa would project herself as an avatar of a goddess but now she says she herself is a devotee of Shiva. Attempts to reach her through numbers on the website and e-mails were not successful.

A Scary Cort Of Bliss