‘They’re Sending A Message, Stay Within Limits...Or Else’

Teesta Setalvad on being in the Govt's line of fire. 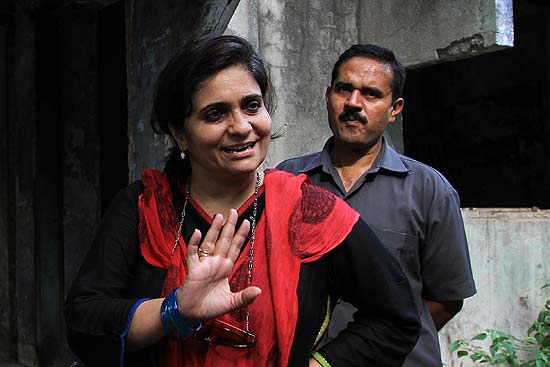 The Ahmedabad police is investigating alle­ged embezzlement of funds by activists Tee­­sta Setalvad and Javed Anand. The  latter have handed over 20,354 documents, yet the state wants “custodial interrogation”. Seen in this light, says Teesta Setalvad, the curbs on Ford Foundation, which once funded her, look personal. Excerpts from an interview:

The state seems to be cracking down on your funding. What will the impact be?

It bodes ill for our democracy. This rather crass attack on us by the government, PMO downwards, not to mention the FM (Arun Jaitley), has three aims. Keeping its hawkish, hate-filled constituency happy and baying for blood. Secondly, in true protofascist style, it scares off supporters and donors. Three: it sends a message far and wide, ‘Stay within your limits. Or else....’

Are you being made a scapegoat?

We are targets as we have persistently tried to keep the battle for justice for survivors of 2002 flying. Strange isn’t it, a worldview built on false notions and historical misconceptions of Hindu ‘trauma’ can’t accept the need for acknowledgement, transpare­ncy and accountability for mass car­n­a­ges? Forces like the RSS believe in public defamation and smear campaigns. They did it with upright officer Hemant Karkare bec­a­use he investigated some Hind­utva groups connected to the Mal­egaon and Thane blasts. They are doing it with Gan­d­hiji, 70 years after being part of a conspiracy to kill him. We are small fry in comparison. But our work is needed, it is legitimate. It’s never stopped because of funding. It won’t stop now.

Are international agencies supporting you?

Both international and national support has poured in, be it National Alliance for People’s Movements, Medha Patkar, PUCL, (anti-) POSCO movements, Human Rights Watch, Special Rapporteur on Human Rights. What has been most disappointing, even disgusting, is how some of the electronic media is acting as a propaganda tool for the regime. The widespread disgust at this brazen targeting has been reassuring.

What’s your take on foreign investment?

Has government come down as heavily on human rights organisations before?

Even those who lived through the Emer­gency feel that the majoritarian authoritarianism of the current regime is unp­r­ece­dented. This period will test us all—the Indian people, our capacity for resistance. We now have a RSS-run regime, driven by a worldview that has nothing to do with our country’s foundations in the Constitution. They never fought colonial domination and peddle protofascist nationalism.

An update on your legal case related to the emb­e­zz­­lement charge?

We have broken no law, not the FCRA, nor any other. And nobody is above the law either. We have consistently operated within the law.