The unparalleled bull run was creating anxiety, hence the check on hot money 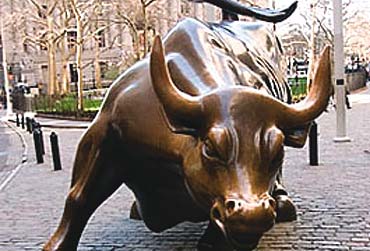 outlookindia.com
-0001-11-30T00:00:00+0553
The highs were euphoric as 20000 points came within smelling distance till the Securities and Exchange Board of India (SEBI) stepped in with checks to regulate the inflow of foreign funds through participatory notes (PNs). Did SEBI need to act the spoilsport as by Thursday evening the index had shed over 1200 points, affecting the fortunes of many after several weeks in which the 30-scrip BSE Sensex zoomed to a record level of 19198 points.

The main drivers of the over 5000-point Sensex rally since August have been Reliance Industries Ltd, Reliance Energy, Reliance Communication, infrastructure giant Larsen & Toubro, telecom major Bharti and finance sector behemoths HDFC and ICICI Bank. They account for 42.78 per cent of the Sensex weightage, and contributed about 58.71 per cent of its total gains.

The dip in market value to below 18000 points is akin to the steep rally in the last 1000 points in just four trading sessions, reflecting Morgan Stanley's annual report forecasting that the Sensex could hit 50000 by 2020. "The Indian growth story is unstoppable, given the strong fundamentals of companies in the power, capital goods, telecom, banking and engineering sectors," says Viral Doshi, an equity and derivative strategist. "Most traded companies are growing at 20 per cent-plus rate and Indian markets are getting re-rated, thus investors are ready to pay a higher multiple for profits. Indian stocks normally trade at 17-18 times earnings multiple but at current prices, it is 26 times for the Sensex," he adds.

Also driving the market to these unprecedented levels are foreign investments, as total foreign institutional investment (FII) in the Indian markets zoomed to over $16 billion this year especially after the US Federal Reserve cut interest rates in September. So far in October, FII investments have been around $433 million.

Says Sandeep Wagle, chief technical analyst, Angel Broking. "The cost of funds has become cheaper and investing in the US markets is currently unattractive. On the other hand, the Indian markets are based on strong fundamentals, and the returns expected are around 10-15 per cent, making it attractive for FIIs." Abheek Barua, chief economist, HDFC, opines that "the bull run is nothing but an indication of the overall growth story that Indian business is experiencing. And the overseas money is not just portfolio play but long-term FII interest, which has been piqued especially by sectors like telecom and real estate." 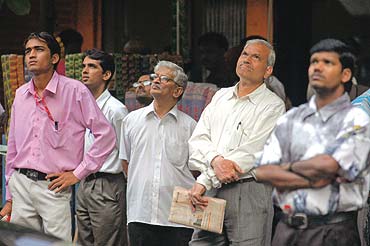 The dollar deluge from FIIs has also played both cause and effect in the incessant appreciation of the rupee. Consequently, on expectation of an even stronger rupee, FIIs are bringing in more dollars to benefit from the exchange rate difference apart from stockmarket returns.

Haunted by the memory of the Harshad Mehta scam that saw a similar Sensex surge, the government this week fired the first salvo by curbing PNs—instruments that allow foreign funds, including hedge funds, not registered with SEBI to invest in Indian shares. As a result, the Sensex crashed on October 17 by 1743 points within minutes of opening. This prompted suspension of trade at the BSE as more than $100 billion was wiped off the value of Indian stocks. JPMorgan Chase estimates over half of the $17 billion of the net purchases of Indian stocks this year have been through PNs. Brokers feared that the SEBI move could lead to a big sellout from investors who have brought in their money through PNs. Points out Doshi: "The reaction could hit like a huge wave as investors may want to unwind their positions when the going is still good."

Manish Sonthalia, vice president of Motilal Oswal Securities, nevertheless, feels the real impact of this will be visible only when the final regulation is out. "The bigger issue is that capital inflows will be moderated and near-term inflows will be impacted," he notes.

Neeraj Deewan, director of Quantum Securities is, however, not alarmed. "The SEBI curbs had to come at the right time, as you cannot have money coming in through unknown sources. It has also come at a very good time as there is a lot of liquidity and people have made good profits. Other than heavy speculators, nobody is cribbing," Deewan opines. 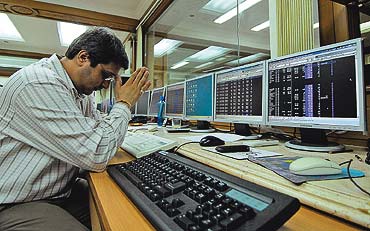 K.K. Mital, vice-president, Escorts Mutual Fund, also feels: "The rapid 3000-point journey in the stockmarket, which was unseen in the past, was causing concern not only to the regulator but also investors who were wondering if they were in for a rapid slide. The PN curbs will hurt in the short term, but in the medium and long term it will help the regulatory mechanism."

From Rs 21,179 crore or 25 per cent of the total fiis investment of Rs 84,762 crore in 2003, PNs have risen to almost 50 per cent of the total FII investment till September 2007. In early 2004, scares of SEBI banning PNs have led to stocks crashing as investors feared FII funds inflows would vanish. The SEBI has, however, clarified that FIIs would be allowed to roll over PNs in the derivatives market, provided it does not exceed the 18-month limit. To calm the market, Union finance minister P. Chidambaram has assured all that there is no attempt to ban PNs, "and SEBI's move has been only to moderate the rate of unchecked foreign capital into the country".

Many in the market shared the government disquiet over the continuing bull run. Says Raamdeo Aggarwal, managing director, Motilal Oswal Financial Services: "A 1000-point rally in a day is not only unhealthy but unsustainable, so at 19000 points the market was moving unchecked, especially as it was buoyed by a large deluge of unaccounted foreign investments. So, SEBI's move will check that and also influence the serious long-term global investors to convert from PNs to registered FIIs." Amitabh Chakraborty, president (equity), Religare Securities, is hopeful "the government will put the entire FII registration system on a fast track as SEBI has promised recently."

On the whole, nothing has changed for the long-term investor—especially as the power, real estate and telecom sector continue to show great growth. As Y.M. Deosthalee, CFO of Larsen & Toubro, underlines, "In the first quarter of 2007, we booked orders to the tune of Rs 10,000 crore, and grew over 32 per cent when compared to last year. We also had a carry-over order book worth Rs 45,000 crore, which was up by 47 per cent."

On whether to stay invested or pull out, the market analysts have no clear answer for investors. Their cautious advice is that the journey henceforth will not be very straightforward.