There's Dew On The Moss

Their issues are not just Muslim, there's a desire to be part of decision-making 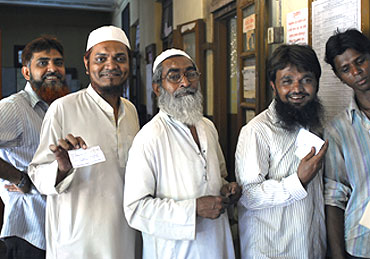 A fortnight earlier, a scene at the Dr Salim Memorial School in Uttar Pradesh's Azamgarh constituency. It's late at night, and a group of local Muslim intellectuals is drinking tea and agonising over the transformation of the Ulema Council (UC) into a political party. The UC's politics is more protest than ideology—protest against the gunning down of two Azamgarh youth at Batla House last September in Delhi's Jamia Nagar, and the ensuing spate of indiscriminate arrests of others from the same district. Here it's an election issue, with the UC whipping up the protest vote and cutting into the support base of the Bahujan Samaj Party (BSP)'s Akbar Ahmed. And that's worrying the local notables. "No political party raised the issue properly, and so," says Naziruddin, a lawyer, "the UC hijacked it. It should have remained a pressure group, not become a political party." Some UC candidates, he alleges, are BJP pawns; their speeches are competing in inflammatory content with those of the BJP's Yogi Adityanath in neighbouring Gorakhpur. "Batla House must be countered, but countered democratically," stresses Maulana Siddiqui Nadwi, who heads the well-known Shibli Academy here. "If the UC makes a dent," he adds, "it will be a setback for us. We must live and die together in this country. We have to work through strong secular parties." 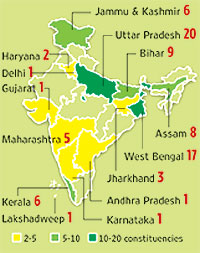