At a secluded farmhouse on the outskirts of Delhi, on the serpentine NH8, a handful of couples come together fortnightly for what are popularly known as swinging parties. At these soirees, couples—all married and in the 35-40 age group—meet to explore their sexuality with and amongst each other. Following a light dinner, the host, a demure man named Vaibhav, with a gentle, almost feminine nature, introduces the couples to each other, all of whom he has handpicked for the evening after probing interviews. The couples then interact freely with each other in play areas such as the dressing room, the film club, and the ‘grope wall’.

“The internet has broken barriers. Earlier, swinging, like other non-conformist sexual activities, was confined to the rich and fashionable circles. The internet has brought this opportunity to the urban middle class. My parties mostly include married, middle-aged, committed couples who are looking for ways to make their marriage more interesting,” says Vaibhav Singh, a Delhi-based organiser of swinger parties and successful computer engineer by day.

Swinger clubs, like the one initiated by Vaibhav, can be easily found on the internet, says Manu Sachdev, a small business owner and a community-familiar who has been attending the former’s parties for the past three years. “My wife and I enjoy these parties, we feel it helps spice up our family life (Manu has two teenage daughters) and if done in a safe environment can help build our relationship.”

Elsewhere, a young woman meets a man whom she had known years ago on Facebook: a childhood friend of her brothers. Renu, an air-hostess based in Bangalore, has just divorced her husband after six years of unhappy marriage, one which had been arranged by her parents. After endless nights of talking on the phone to Rushab, who lives in Delhi, she decided to pay him a visit. She even decided to stay back permanently, but with one condition—she will not ever marry him.

“I’ve just had it with marriage,” says Renu. “I enjoy being in a live-in relationship, it has all the benefits of marriage, but none of the drawbacks. Some people frown upon my arrangement, but for me it is the perfect solution.”

Just down the road from Renu’s South Delhi home, I meet Sangeeta. For a soft woman of benign, even nondescript appearance, short and pudgy—clad in a simple salwar-kameez—she is surprisingly loquacious. An eager Sangeeta talks freely, almost in a manner of showing off, about her open marriage.

An open marriage is not what people think. Some of my friends do think that I am promiscuous, or that my kids see me with other men. Many of my so-called friends ended their friendships with me, they thought I was immoral, and that the only way to live was in an orthodox marriage, caged in with the in-laws. But my husband and I know that our marriage looks like most people’s marriages, except that we are honest with each other, and that we are happier than we have ever been before.” 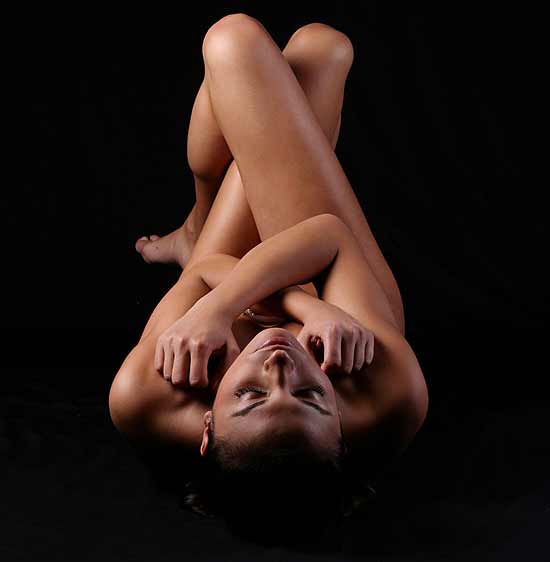 Sangeeta speaks to me quite openly about how sexuality plays a very big important part in her and her husband’s relationship, especially now, after ten years of marriage, when they have reached what she calls the “middle-age dumps”. She tells me that despite being from an educated, urban background (both her parents are doctors), every cultural standard that she had encountered told her that sex before marriage was bad and that “nice” girls waited until marriage. She had always believed that being a good wife was the one thing above all that she should shoot for, because it was ingrained in her that it would prove her worth as a woman. Now, finally at 35, Sangeeta has pretty much overhauled her views. A three-year overseas stint in the UK with her engineer husband, exposure to glossy magazines, television and liberal faceless friends made on the internet have encouraged her to enter new forms of relationships—something she would never have imagined she would do when she was 18.

“My husband and I know that our marriage looks like most people’s marriages...except we’re honest with each other.”

The above are all true stories, based in middle-class urban Indian neighbourhoods. The relationship paradigm is slowly changing in pockets of India where a subculture is brewing which is dancing an unconventional dance to the conventional song of marriage.

When I was a kid, my girlfriends and I teased each other chanting the popular jingle, “First comes love, then comes marriage, then comes (Smriti) with a baby carriage.” In the Indian context, the order of love and marriage was understood by all of us to be the other way around. At this time, such truisms were uncontroversial and as empirically accurate as they were morally prescriptive.

Those were the days when any sort of love other than arranged monogamous relationships dared not raise its head, and nobody would have thought of any other form of a romantic relationship than what this jaunty jingle celebrated.

Baby, carriage and all sure have come a long way since those innocent times. Paths between love, marriage, sexuality and children have multiplied, divided, inverted, eroded and been re-paved. Stories of people such as Manu, Renu and Sangeeta demonstrate that today in India there are more ways of organising relationships and of exploring sexuality than there have been ever before.

Just a decade ago, Indians could not imagine procreation and marriage as separate, or even procreation and sex as separate. We never imagined tolerance for premarital sex, live-in relationships, or open marriages, yet as I interviewed urban, and largely middle-class couples and individuals for this article, I found them speaking eagerly about their unconventional relationships and desires.

The past decade has seen a marked increase in the importance placed on sexuality within a relationship, increasing pressure on the relationship equation with new parameters in the fray.

According to Sanjay Srivastava, professor of sociology at the Institute of Economic Growth, “There is increasingly a realisation amongst Indians that life-long romantic attachment does not guarantee a happy marriage. Romantic love in India, at least through movies and novels, has been mostly built around non-sexual attachments. However, the increasing realisation that romantic love does not necessarily lead to the kind of happiness that it promised, is leading to greater focus on sexuality in relationships.”

A prime reason for this shift, continues Srivastava, is the increasing distance from wider kinship networks. Couples marry, move away to other cities, and are less likely to be under surveillance from kinsfolk than before. So, urban mobility, changing nature of work and, very significantly, the lessening of stigma (at least in some circles) on women having unconventional relationships, is also an important context in this regard.

We certainly live in sexually interesting times, a time during which we are surrounded by hypersexuality in the guise of navel-baring Munnis and gyrating Sheilas, yet we retain our puritan underpinnings in equally exact proportions, and the act of marriage remains of paramount importance.

Unconventional forms of relationships such as live-in partnerships and open marriages are certainly not the norm or the mainstream in India, but through these new paradigms we get a sense of where marriage and sexuality may be headed, not according to statistics that tend to capture the most tectonic shifts, but according to pioneers, such as the people who I have spoken to, who stand on the frontlines. These arrangements still risk being judged, and for this reason, every individual that I spoke to asked for their names to be changed and declined photo requests.

According to Renu, “There is a definite social reward attached to sticking it out in marriage and conforming to prude sexual behaviour. There is shame and a whole lot of stigma attached to changing the rules, leaving marriage, refusing to marry, or opting for a set-up like I have even if it has given me a happier life.”

It is surprising to see the large number of low-conflict, melancholic marriages, mostly in the cohort of people in their late ’30s, 40s and early 50s. My interactions and studies indicated a beguiling paradox: many of the people who I spoke with either felt more comfortable existing within the rules of melancholy marriages/relationships or with breaking them completely through affairs and divorce, than by revising their mindset towards relationships.

It seemed that even though there existed an incentive to bring about change, couples seemed disinclined to figure out how marriage and sex might evolve substantively, and not merely superficially into something better and more satisfying within the existing relationship. This is probably linked to the shortage of marriage counsellors, sex therapists and family psychologists who can speak freely to couples and guide and counsel them. As the uncomplicated (though not necessarily happier) age of the baby carriage comes to end, we are presented with a brand new frontier, one in which the future is uncertain as old standards, traditions and priorities are gently blown away.

(Ira’s next book is on love, sexuality and marriage in urban India)