Home  »  Magazine  »  National  » Interviews  » Interview »  ‘There May Be Differences In Looking At Things, But There Is No Rift (Between So

‘There May Be Differences In Looking At Things, But There Is No Rift (Between So 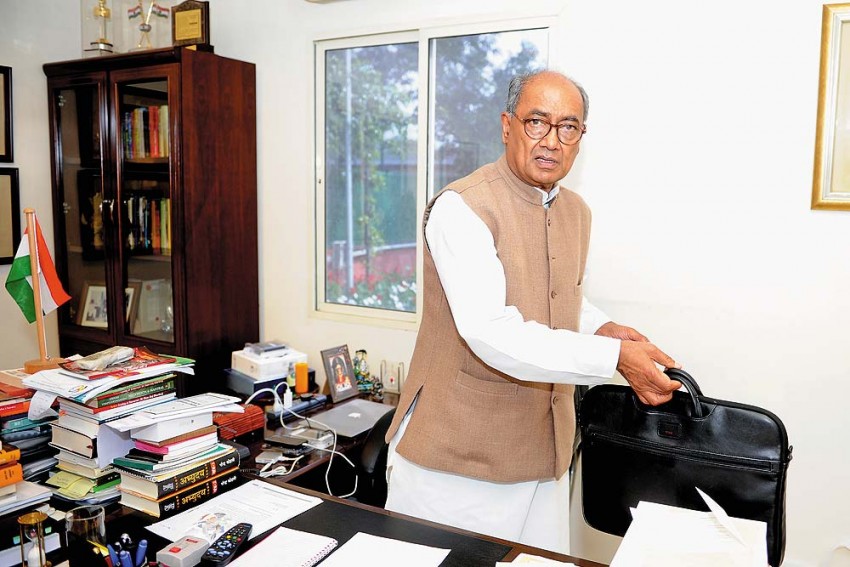 Jitender Gupta
Outlook March 30, 2015 00:00 IST ‘There May Be Differences In Looking At Things, But There Is No Rift (Between So 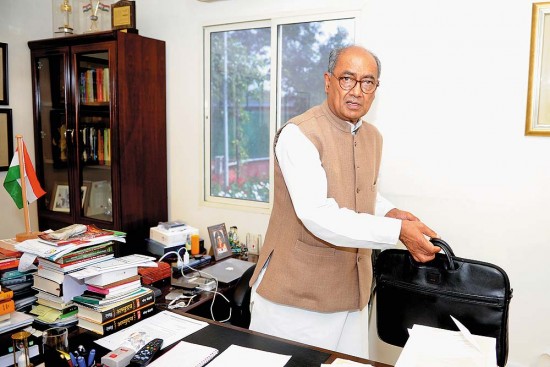 Is he meditating or is he engaged in “pleasurable activities of the strenuous kind”, asked a sarcastic political commentator as the Congress continued to maintain a studious silence about the whereabouts of their scion a month after he went missing. The Congress vice-president’s mysterious leave of absence from the budget session of Parliament continues to remain unexplained. While for many, the absence indicated his unsuitability, even inability, to lead the party, the only Congress leader willing to speak on record on the subject, Digvijay Singh scoffs at the speculation that suggests a serious rift in ‘the family’. Excerpts from a conversation with Outlook:

What has caused the rift between mother and son (Sonia and Rahul)?

There is no rift. In fact, the family has a strong bonding, having come through two traumatic assassinations in the space of less than seven years. There could be differences in looking at things—after all, there is a generational gap—which is quite normal. But I assure you there’s no rift.

What are these differences in “looking at things”?

He (Rahul) feels that in the present context the functioning of the party must change. He elaborated on his ideas in the Jaipur session of the AICC when he took over as the party vice-president.

Name one new thing that Rahul wants to introduce in the party?

The functioning of the party. The format of the in-house elections. The opening up of membership. Use of information technology and far greater mass contact. Clear-cut ideological content also under the present circumstances.

These are good ideas. Why the resistance then? Is it because Rahul wants a new team of his own?

Why is there resistance? I don’t know. Let me bring to your notice that a campaign strategy similar to the one adopted by Arvind Kejriwal was discussed in the party as well. Unfor­tunately, we didn’t adopt it while they (AAP) did and made substantial gains.

This is what precisely the old guard is saying, that instead of idolising Kejriwal, Rahul should find within the party hundreds of people possibly more talented and astute than Kejriwal.

(Laughs) Dikhaein to ek aadh (Let them show one or two).

“Coterie is everywhere. Even Outlook would have a coterie. Every organisation has a coterie.”

Several leaders believe he is a liability, that his leadership is not inspiring enough and that he is largely responsible for the crisis of confidence in the party.

They are completely mistaken; in 2004 and in 2009, we won two general elections. We have won elections even after 2009. As far as assembly elections are concerned, they are fought on local issues, not on national issues. I want to know what contribution have people who are now criticising Rahul made themselves?

They say they helped Sonia build the party but are not confident about Rahul’s ability to lead without Sonia’s supervision.

All those people who are saying these things should be bold enough to come out in the open and declare that Congress party is because of them and not Sonia Gandhi or the Nehru-Gandhi family. And they must clearly state their own contribution to the party.

They accuse Rahul’s coterie of being a bunch of Anglicised young men divorced from reality...

Coterie is everywhere. Even Outlook would have a coterie. Every organisation has a coterie.

But isn’t he a reluctant politician imposed on the party? Party workers and the old guard both feel Priyanka is the better bet.

As far as Prinyakaji is concerned, she is an extremely attractive, articulate and charismatic leader. The Congress is therefore bound to gain if she enters active politics. There is no doubt about it. But again, I would say that those who think they can create differences in the family are highly mistaken. Let the family decide what they want to do rather than (critics) playing one against the other.

Another rumour is that he is depressed and has taken a break to deal with the huge burden of expectations and electoral debacles.

But what was the urgency for Rahul to leave the country before the budget session?

This has already been addressed by the Congress party. He is on a personal visit. And there are indications that he wants to spend some time alone introspecting. So why grudge that? Let him have it.

So there is no health issue involved?

Off With The Old Guard