There Is A Strong Sense Of Betrayal By Modi Government: Congress' Data Analytics Head

Praveen Chakravarty, who heads the Congress’s data analytics team, says voters feel let-down by the Modi government and there is a strong sense of betrayal. 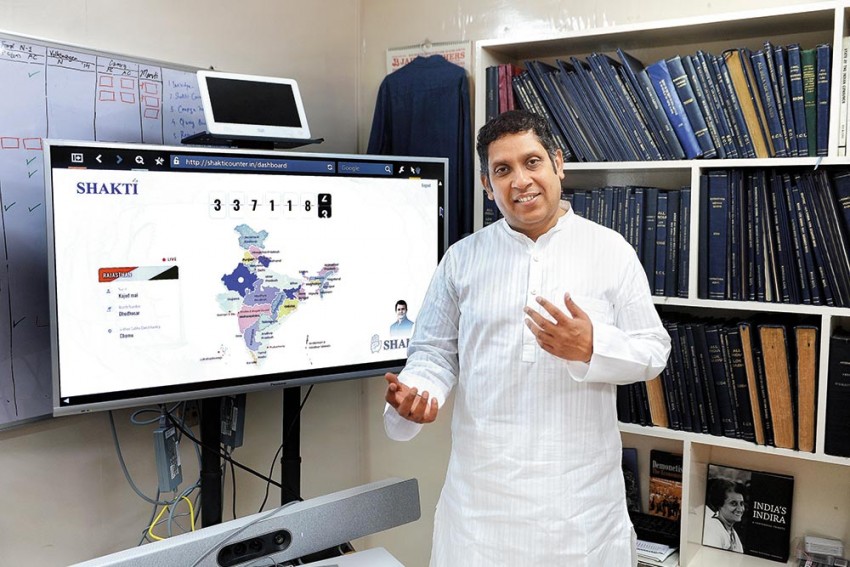 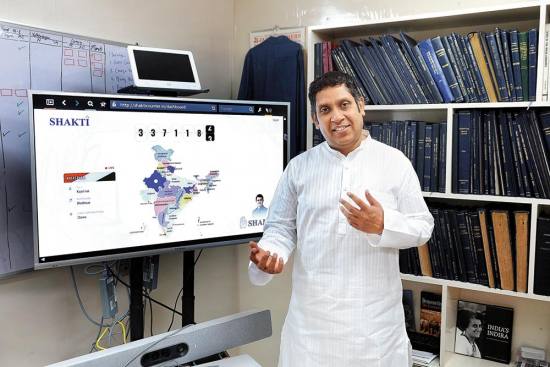 What is your assessment, based on your findings, about the major states that are going to the polls?

We have done extensive polling and data work in the three large states that are going to the polls, Rajasthan, Madhya Pradesh and Chhattisgarh. Since Telangana was announced late, I don’t have sufficient data. While disillusionment against the government in Rajasthan is evident, what is perhaps more surprising and striking from a data perspective is that the anti-incumbency sentiment in MP is twice that in Rajasthan. Anger and disillusionment is the highest in MP. Chhattisgarh has always been a close contest and something that people often miss is that the Congress actually improved its vote-share in the 2014 Lok Sabha elections in Chhattisgarh from the 2013 assembly elections. So, the trend is clear that the Congress continues to gain momentum there. I would be surprised if the Congress doesn’t win these three states.

What can be the game-changing issues for the Congress in the coming assembly and Lok Sabha polls? Farmers’ distress? GST and demonetisation? Fuel prices? Unemployment? Dalit anger? Youth disenchantment? Upper-caste voters’ angst?

“Disillusionment against the government is evident in Rajasthan, MP. Chhattisgarh has always been a close contest...”

It is wrong to generalise issues across states. India doesn’t have a national election, contrary to popular media narratives. India has 29 different states having elections simultaneously, which we call the Lok Sabha elections. My past research has consistently borne this out and even the 2014 elections were not national.

So, different issues resonate in different states. In MP, the issue of youth disenchantment, joblessness and Dalit atrocities is the highest. In Rajasthan, agrarian distress and rising prices come out as the pressing issues. In Chhattisgarh, tribal angst and social conflicts are the most imp­ortant. If you force me to point out from data one common voter sentiment across the country, it is one of betrayal…dhokha. It is clear that voters feel let-down by the Modi government and there is a strong sense of betrayal.

Is the Congress leadership extrapolating the available data to formulate its electoral strategy and campaign on the ground? For example, if the Dalits or upper castes are angry with the BJP, does the Congress have a strategy to encash it and reach out to them?

Yes, certainly. Starting with Congress president Rahul Gandhi to all the top leaders of each of these states have been engaging with me and my department on a regular basis for decisions and strategies. Everything from alliances to candidates to issues to focus seats and booths, our department using data and objective methods provides inputs to the leadership. I am not at all saying that data is the only input for making decisions.

Have you done a study on whether Rahul Gandhi’s temple visits are having a positive impact?

It is wrong to suggest that temple visits by the Congress president are something new or unique. He visits temples as he visits other places of worship. Yes, we have studied the impact. While religion should be every Indian’s private affair, there is some empirical evidence to show that voters do like their leaders to display religious sentiments in public.

How is the party using the Shakti project in reaching out to the last man on the ground? Do you think it will result in increasing the vote-share? Hypothetically, if the party had deployed this tech earlier, would it have made a difference in the closely-contested assembly elections in Gujarat?

“I don’t indulge in missed call ‘jumlas’ to claim we are the world’s largest party or force people to download an app of their leader.”

Shakti is about helping the Congress fight elections at the booth level. We have identified every single booth, its trends, voters and issues and categorised those that we need to focus on. We also have our ground force to carry our message to voters in booths. This is what Shakti has helped achieve. While we will certainly have all the airstrikes ready for the upcoming elections through public rallies, mainstream and social media campaigns, with Shakti, we now have the ground strikes ready too.

Yes, a concerted focus at the booth level would have helped the party tip the scales in Gujarat. As evidence, I can show how a mere 16 booths out of nearly 50,000 in Gujarat cost us the state in 2016.

The BJP has been using similar tech to reach out to its karyakartas on the ground for quite some time? Do you think you can use it as effectively?

I don’t know what technology the BJP uses. I know there is a lot of bluster. Our approach to this is a data-science appro­ach. Our goal is to go right down to the booth level to see where the party is strong and where the party needs to bolster its presence. I don’t indulge in some show of bravado through some missed call ‘jumlas’ to claim we are the world’s largest party or to force people to download some app of their leader so as to monitor their daily lives. That is not our approach.

Do you think Mayawati’s refusal to get into an alliance with the Congress will have an impact on results in Rajasthan and MP?

Mayawatiji is a tall leader of Dalits and certainly has support in some pockets of MP. There were genuine attempts to strike an alliance with the BSP in MP by our leaders. Unfortunately it did not work out. My data shows that Dalit anger against the BJP is at its peak now. It is ­increasingly evident that Dalit voters want to oust the BJP at any cost. Voters know it is the Congress that is capable of defeating the BJP; which then tells me that Dalit voters are likely to vote for the party that has the best chance of overthrowing the BJP in MP.

Congress is allying with the TDP and possibly the Left in Telangana. Will it impact election results in the state?

There is a narrative largely in the English media that is being dished out about how the Congress is not able to form alliances. Evidence points to the exact opposite. The Congress is perhaps the most stable alliance partner of choice for most regional parties in India. Let us look at the evidence. Maharashtra, Bengal, Bihar, Tamil Nadu, Karnataka and Kerala acc­ount for 215 seats in the Lok Sabha (40%). The Congress has had a stable alliance in every single one of these states with a regional party for over a decade now. And even now, the Congress is forming new alliances with parties such as the TDP.

This narrative is completely false and without evidence. The problem is the media gets carried away with one incident and portrays it as some national trend. I have presented the evidence to you to show how the Congress is perhaps the most alliance-friendly party.

Also, the BJP is focussing its attention on the south of the Vindhyas.

In the six states and Union territory of southern India, the BJP won 15% of both votes and seats in the 2014 elections. It won 21 of 128 seats, 17 of which came from Karnataka. Now, there have been assembly elections in four of these states and Union territory since 2014. The BJP vote-share has fallen to 12% in these states. It will fall even further since it is no longer in alliance with TDP in Andhra Pradesh and Telangana. Even in Karnataka, the BJP’s vote-share fell from 42% in 2014 to 36% in the 2018 assembly polls. So, there is no road for the BJP in the south.