As campuses around the country erupt with discontent, former HRD minister Dr Murli Manohar Joshi tells Outlook that trust deficit between students and authorities is high. 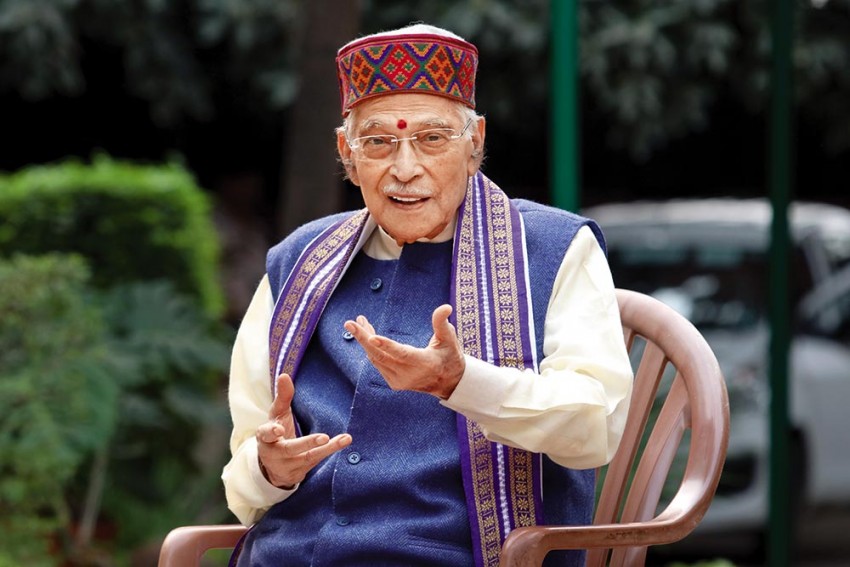 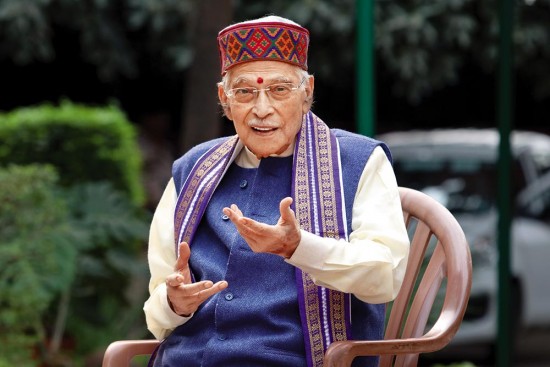 Our university campuses are becoming hotspots of dissent. As an educationist and a former HRD minister, how do you analyse it?

What is happening on the campuses is not an instantaneous development. There is a history to it. It cannot be handled with one statement or one act. It needs patience. Unless there is a particular level of confidence between the teachers and the students, you cannot handle it. There is serious trust deficit, and the cleavage between the aut­horities and students has only become bigger.

Students have to feel that the teacher or the system is not their enemy and they can depend upon them. And the system should feel that this generation is not hostile to them; and rather they have to adopt them. The trust deficit gives rise to unr­est and then ideologies in certain sensitive universities come into play. The teacher has to swim along the students rather than dip them into the water.

Coming specifically to the JNU issue, how would you have handled the situation?

In the early ’70s, as general secretary of the teachers’ association in Allahabad University that had powerful communist and socialist leaders, we handled a mob of a few thousand students. They had stormed the vice chancellor’s office as they had some grievances that were not being heard. The VC phoned me and asked the teachers for help.  There was a level of confidence between the teachers’ union and the students. They were angry with the VC and serious mistrust had crept in.

It was a hot September day and we arranged for water for the protesting students. I asked the VC to talk to them. He was worried that they would abuse him, or may even hurl a chappal or a shoe at him. I said, if we don’t listen to them, they will react. The VC agreed to meet the students’ delegation and the issue was res­olved amicably. We as teachers enjoyed a level of confidence with the students because of our general treatment of them. We listened to them as a teacher, and as a human being.

In JNU, the authorities did not even allow the students to be a part of the committee…

Participation of students in affairs of a university is a very healthy proposition. I used to get the departmental library managed by my students. I had given them keys and they could go and study even after closing hours. The point is, you treat them like human bei­ngs, accepting them with all their defects and good points; just as they do, acc­epting you with all your def­ects.  If you are sincere as a teacher, students too will be sincere.

The aim of our education system is to make students capable of critical thinking and examining the learning that has been transferred to them right from childhood. They have every right to do it. So if they start raising questions, one shouldn’t feel that they are revolting.

JNU had become synonymous with the tukde-tukde gang. Do you think it was an issue of ideology?

Ideological twists arise from certain slogans. Some of them are taken as against Indian nationalism and some of them are taken as imposition of another type of nationalism. This type of atmosphere should not be allowed to continue in any university. There should be a consensus on concepts like nationalism and patriotism. India cannot be all­owed to be reduced to fragments. India is one country, one people, one nation.

JNU is still seen as a Left bastion in many ways…

Left or right, how does it matter? When I was a teacher, I was mostly dealing with socialist, communist and Congress students. There was no space for ABVP or any such but the university had a very open heart and mind. People from different political hues used to come. P.C. Joshi (CPI), Eleanor Roosevelt, A.B. Vajpayee, Acharya Kriplani, Nehru, Krishna Menon and Ram Manohar Lohia had gone there.  Also for a teacher, his/her political ideology did not matter. Only merit did.

How do you explain what is happening in Banaras Hindu University where just being a Muslim is being held against Prof Firoz Khan for teaching Sanskrit?

Education has to be for everyone... Textbooks cannot change with every government. This has nothing to do with any particular party in power.

By this definition, Prof Khan is a Hindu and should be allowed to teach.  And Mohan Bhagwat also says that everyone who lives in India, and considers India as his or her Motherland, is a Hindu.

With protests over fee hike, the funding of universities has come into focus. What are your views on public funding of higher education? Is it a right or a privilege?

Education is a social asset. Spending on education is an investment and not expenditure. A spend of each dollar gets a return of $ 1.1. It is the best dividend paying asset. This investment has to be from the state. The opportunity for critical examination and understanding has to be uniformly provided to children. It cannot be that if I have money, I transfer everything that is best in the world to my child. And if I don’t, then my children rem­ain illiterate because my remaining in a state of penury is the result of the socio­-economic structure. If there is no access to education, the poor will remain poor without adequate opportunities.

You think higher education is linked to kindergarten?

Education is a process through which experiences and values of a generation are transferred to the next, helping in growth and evolution of human intelligence. The information and the acc­umulated experiences make them competent and intelligent enough to examine them critically and suggest improvements. This is how civilisations grow.

The Constitution gives equal rights to everyone. Education is listed in the concurrent list, giving a major responsibility to the states for implementing primary education program­mes. In the initial years after Independence, the state governments neg­lected it.  And I must say that (Indira) Gandhi’s introduction of the amendment, making education a concurrent subject, was very app­ropriate. Otherwise, there would have been no responsibility on the centre at all.

You seem to be promoting a very socialist kind of system of education. You as the HRD minister had also started Sarva Shisksha Abhiyan, making education of children between 6 and 14 a fundamental right. And you were also accused of saffronising education system…

Education has to be for everyone. There has to be a very conscious and sincere effort to have a consensual decision about the basics of education—funding, res­ponsibility and content.  Textbooks cannot change with every government. This has nothing to do with any particular party in power. There should be no such thing as saffron, green, white or blue-coloured education.

Do you think our system is moving towards privatisation of higher education?

There are a large number of institutions run by companies, perhaps it’s because of income tax laws.  There is no harm in private universities but the difference bet­ween them and those run by states is proportional to the economic disparity in the country. My analysis is that over the years education and health depend upon the purchasing power of the ind­ividual. This will create more disparities, and therefore unrest.

Yes, because it depends on money power. That is a dangerous symptom in any civilisation and society where the intellectual deficit is so high. A change in education has to be a two way process—improve education and education will improve the system; red­uce disparity in education, and the educated will try hard to remove disparities in the system. But if you are concentrating on education only for creating technicians, accountants, event managers, woe betide such a country.