Home  »  Magazine  »  Business  » Cover Stories  » Interviews  » Interview »  There Are Jobs In The Country, Only The Frustrated Don’t See Them: Dharmendra Pradhan

There Are Jobs In The Country, Only The Frustrated Don’t See Them: Dharmendra Pradhan

Dharmendra Pradhan, ­minister for petroleum & natural gas and skill development & entrepreneurship, tells Outlook that there are jobs in the country and more employment ­opportunities will be generated in the ­future. 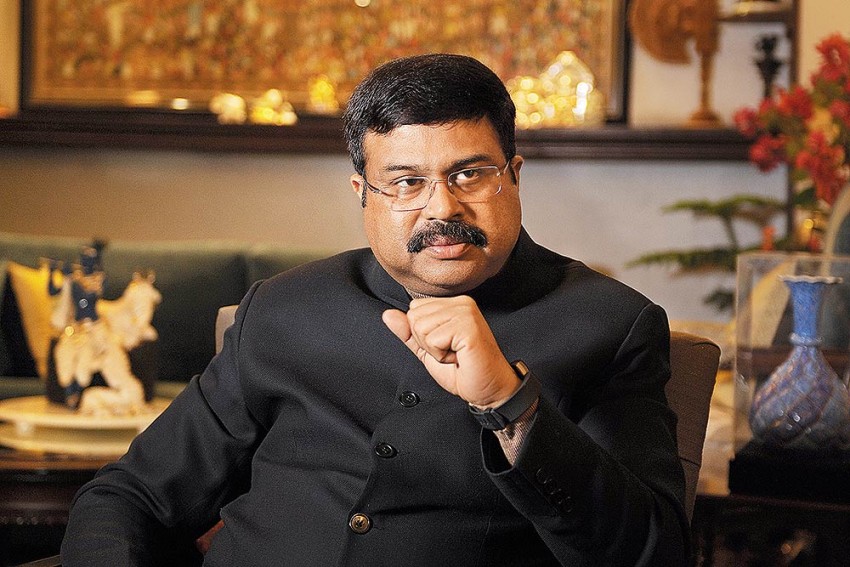 Photograph by Jitender Gupta
Aparajita Gupta February 07, 2019 00:00 IST There Are Jobs In The Country, Only The Frustrated Don’t See Them: Dharmendra Pradhan 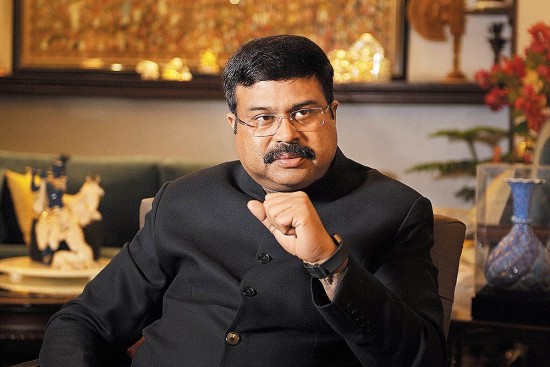 The Narendra Modi government has drawn much flak for failing to create enough jobs. Dismissing the criticism outright, Dharmendra Pradhan, ­minister for petroleum & natural gas and skill development & entrepreneurship, tells Aparajita Gupta that the situation is not dismal and more employment ­opportunities will be generated in the ­future. Excerpts:

Skill development was a major focus of the government. What schemes were launched in the past five years and how many people have been trained and employed?

Skill development is a vast area. There are four stakeholders: the central government with more than 20 ministries, the state governments, the industry bodies and the philanthropists. All these existed before we came to power, but our PM prioritised upskilling and reskilling, and gave it momentum. That’s how the Skill India Mission came about. He got all courses and curricula aligned accordingly. The Industrial Training Institutes (ITIs) were already there for long-term skilling, and now we have short-term skilling too—need-based skilling ranging from one week to three months. Every year, of the 2.4 crore children who reach 15 years of age, half go for higher education and the rest are compelled to enter the workforce. But, while our education system provides knowledge, employability remains a challenge. Our government embarked on the Skill India Mission to enhance employability, get people into a common framework with common certification and give them a brand. We should build our workforce not only for India, but also for the economy of the neighbourhood. We have a demographic dividend and are working towards developing it.

There are many graduates who do not have proper skill sets and are hence unemployed. What have you done to address this?

The challenge in front of us is to understand the future of jobs. It is important to map it and upskill accordingly from earlier jobs. With new innovations, the nature of jobs is changing. Nowadays even a simple household has five electronic gadgets. To work with those, dom­estic workers need to be trained. There are 48 crore people in the workforce who need reskilling and upskilling. The skill development ministry’s priority is to map the future of a job and redesign the course curriculum accordingly. Our focus is not only on those who could go to schools and colleges, but also those who could not study and get skilled due to financial, geographical or social constraints.

Those who are intolerant towards PM Modi had only crushed the dreams of the youth and the poor for decades.

The challenge is in fast-tracking new jobs and formulating the courses. We try to understand the global demand. India will have 1 lakh digital villages, and around 3 lakh common service centres have been set up, each with five to 10 self-employed persons earning Rs 7,000-30,000 a month. They all need to be technology savvy. Have we ever thought of this before? If we limit our thoughts to just how many people have got jobs, then we won’t be doing justice to the entire canvas.

There is no authenticity to this information. If some people have cooked up some report, I have no answer. Some people are intolerant towards Modiji and the NDA. They had their chance for decades and could not perform. They enjoyed, they looted, they crushed the dreams of the youth and the poor. When they find the aspirational society from the bottom of the pyramid standing like a rock behind PM Modi, they are frustrated. That’s why negativity emanates from this mic­roscopic group hell bent on defaming Modiji. Let the country go to hell, but Modi should get a bad name—that’s the psychology of frustrated people, and only God can help them.

Your government announced 10 per cent quota for the poor. Where will the jobs come from?

Don’t look at jobs from a 20th-century definition. The world has adopted the open economy model for the past three to four decades, so there is a paradigm shift in earning too—from job contractor to service provider, which gives us a big window. Did we ever think that the work of those who work from home will ever get recognised?

Our national economy is most stable now with more than 7 per cent GDP growth rate. This will spiral up in the days ahead. More roads are being constructed, as well as a lot of houses for the poor. The beauty and wellness sector has seen 14 per cent growth, so many new jobs are coming up there. When we took over, there were 12,000-13,000 LPG distributors; now there are 22,000. One distributor means 10 new jobs, so we have created 1 lakh jobs only in this sector. I can name many such sectors. There are jobs in this country.

If we limit our thoughts to just how many people have got jobs, then we won’t be doing justice to the entire canvas.

When we formed the government, it was a challenging situation with the world questioning India’s performance from 2009 to 2014. The economy, which used to be resilient, had been misled by policy paralysis and corruption, affecting youngsters and the poor the most as opportunities shrank. Our challenge was to bring a new momentum, and we did exactly that.

A minister said women remain outside the labour force by choice….

I do not believe that. I am in charge of the cooking fuel sector. It was the PM’s endeavour to make LPG reach all households. When we took charge, it was reaching 13 crore households only. We have helped LPG reach 12 crore more households. And we have given 6 crore connections to women under the Pradhan Mantri Ujjwala Yojana. These women were spending seven to eight hours daily cooking in unhygienic conditions. To make them economically empowered, we have provided them a clean cooking method. They are saving their time and earning now. So I believe women are very much part of our earning mechanism, and poor women especially are a priority of this government.

It was promised before the 2014 elections that the BJP-led government will create 2 crore new jobs every year. Can you give us details of the number of jobs created?

This is Rahul Gandhi’s narrative. People who led the country wrongly for four generations are shedding crocodile tears. We have led the country only for 11 years, including six under Atal Behari Vajpayee. During Vajpayee’s reign, roads were a priority, and today our priorities are rural development, infrastructure, Swachh Bharat, clean energy and energy to all. These focus areas will bring economic empowerment to the people as well as create jobs. Moreover, in the past two years, one crore people have participated in the Pradhan Mantri Rojgar Protshahan Yojana, aimed at generating new ­employment by incentivising employers. The government contributes the emp­loyer’s share in EPFO. Those who question our performance on the jobs front are frustrated because they did nothing for the country and only filled their pockets for four generations.