Then They Espied The Eyrie

An old hand at Osama bin Laden scours every source and recreates how the US spoored, then got their man 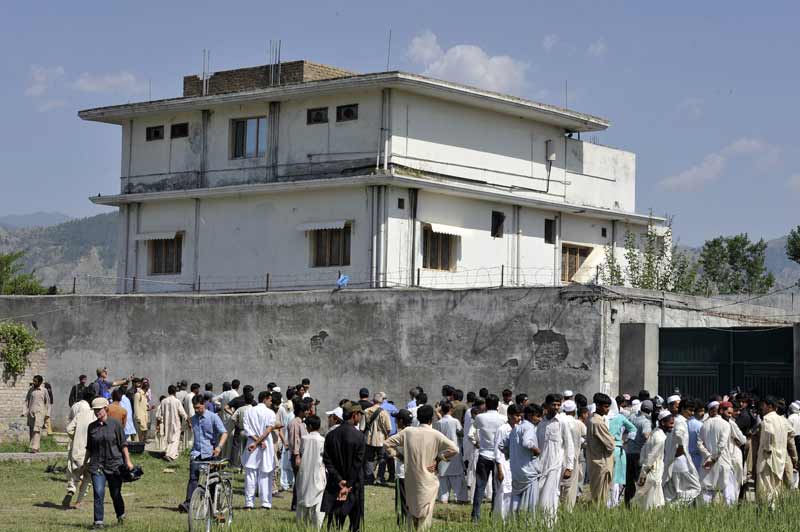 Peter Bergen met Osama bin Laden once in March 1997 near Jalalabad in eastern Afghanistan with his cnn colleagues to produce his first television interview, and has made good use of the few night-time hours spent with the Al Qaeda founder to embark upon a writing career that has blossomed over the years. His first book, Holy Wars, Inc: Inside the Secret World of Osama bin Laden, published in 2001, was a bestseller. In 2006, he wrote an engaging book, The Osama bin Laden I Know: An Oral History. This was followed in 2011 by his third book, The Longest War: The Enduring Conflict between America and Al Qaeda. It was inevitable, as the author mentions in his latest book, Manhunt, that he would be writing the story of Osama’s capture or death. In Bergen’s words, Manhunt is the full story of how the 54-year old Al Qaeda leader was finally tracked down in Abbottabad in northern Pakistan and killed along with some of his closest associates.

Bergen has worked long and hard—he gained access to most of the important players in the US involved in the hunt for Osama, visited the Abbottabad compound where the terror mastermind spent almost six years before being shot dead by the US Navy Seals personnel, and met Pakistani military and security officials who investigated the May 2, 2011, raid and were privy to the debriefings, even if not very revealing, of Osama bin Laden’s three wives and several children who lived with him. All this has enabled the author to write a riveting account of the hunt for the world’s most wanted man.

However, this isn’t the end of the story as far as Osama and Al Qaeda is concerned. The terrorist franchise has been weakened over the years due to the relentless pursuit of its leadership by the US and its allies, and its surviving leaders are on the run, but Al Qaeda isn’t finished yet, and like-minded affiliates in Pakistan, Iraq, Yemen, Somalia and elsewhere continue the fight. One should expect more in future, as some aspects of the fascinating story of the Saudi-born millionaire becoming a militant figure haven’t yet been told.

Besides, as Bergen states, no one has yet interviewed the US Navy Seals who carried out Operation Geronimo. Their stories could be told one day. Also, the bin Laden family, if it so wishes, could record the story of his life on the run for over 10 years after escaping from the Tora Bora mountain range in December 2001, following the US invasion of Afghanistan.

Manhunt has been able to fill in some of the gaps regarding the search for Osama, particularly his flight from Tora Bora and his stay in Afghanistan’s Kunar province before crossing over to Pakistan and hiding in a number of places in Khyber Pakhtunkhwa (formerly nwfp) before settling in Abbottabad. However, it still isn’t a complete story, as not much is known about the years that bin Laden spent in Pakistan and the support system that enabled him to survive for so long. There is no doubt that his courier, Abu Ahmed al-Kuwaiti, and his brother protected him at huge personal risk for almost a decade in Pakistan and lost their lives in the end, but it is possible they received support from Al Qaeda-linked local militant groups to keep the hideouts a well-guarded secret.

Some of these questions should be answered if the Abbottabad Commission, formed by the Pakistan government to probe the pre-dawn raid on the Abbottabad complex, is able to complete its findings and make its report public. More than a year after the high-level commission was constituted and after it summoned scores of top civil and military officials and met Osama’s wives, children and neighbours, its report is still awaited. Despite promises, there is no guarantee that the full report of the commission would be made public.

Manhunt is also the engrossing story of the painstaking work done by the US intelligence agencies to get Osama. It was their finest hour after the 9/11 intelligence failure and the Iraq WMD debacle. The American intelligence agencies consumed half a trillion dollars on their way to the goal of bringing Osama to justice as part of the so-called ‘war on terror’. The cost was enormous but it is clear the US would have spent any amount to restore its pride as a superpower after having been wronged by Al Qaeda.

(Yusufzai is resident editor of Pakistani daily The News in Peshawar)