Then The Next Building Died

A banker who lives in Srinagar, recounts those water-encom passed days—the suspense, the tension, the hoping against hope. 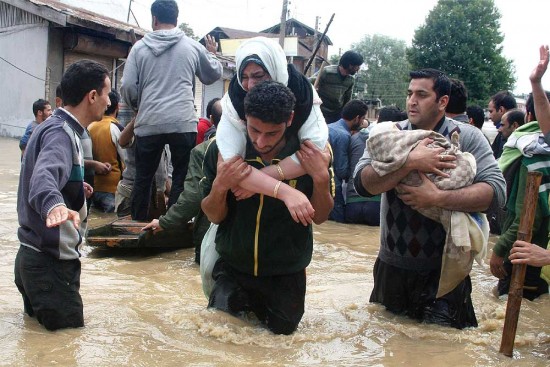 As the flood waters recede in Kashmir, there is seething anger everywhere. Anger at the impotence of the state government in the face of rainfall unprecedented in 60 years. Anger at the failure of the weather warning mechanism. And wry cynicism meets the attempts to glorify the army for its rescue efforts. Weighing most heavily on people, however, is the still-fresh memory of the terror of being marooned. The close-focus particulars of one person’s trauma can have a poignancy that resonates that of the many. Mudasir Ahmed, 28, a banker who lives in Srinagar, recounts to Outlook those water-encom passed days—the suspense, the tension, the hoping against hope.