Then The Bunker Buster

The GHQ attack shook up the Pak defence organisation. How will the game proceed? 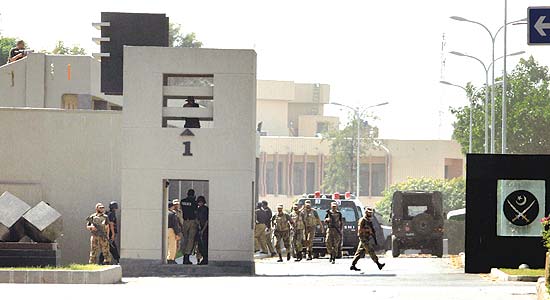 On the morning of October 10, Pakistani army spokesman Maj Gen Athar Abbas was, as usual, at the desk in his office at General Headquarters here. This is quite the nerve-centre of the Pakistani military: it’s here that top generals, including army chief Gen Pervez Kiyani, plot and plan to keep the country secure. The peace here is only punctuated by the click of boots or the roar of military trucks and barked-out commands wafting in. On the day, though, all such mundane sounds were drowned in the volleys of gunshots and explosions, prompting Maj Gen Abbas to climb to the roof of the Inter Services Public Relations (ISPR) building. There were dead bodies at the checkpost near the GHQ main gate. Abbas told Outlook, “The security personnel asked me to remain inside, where I stayed for hours coordinating with the media.”