Then As A Farce 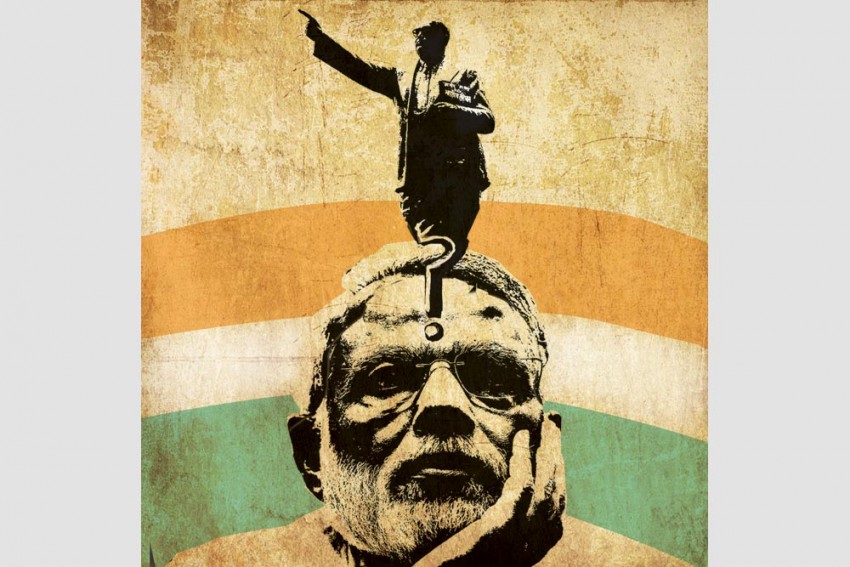 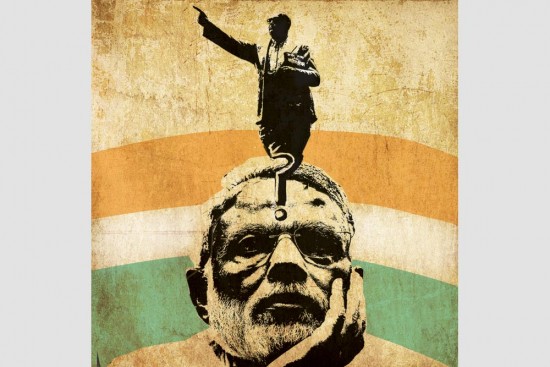 Prime Minister Narendra Modi expressed pious sentiments when he described the Indian Constitution as his government’s only “holy book” on Nov­ember 26, which has now been officially desig­nated Constitution Day. But what was the rat­io­nale behind celebrating the day—on which the Constitution was adopted in 1949—in addition to January 26 when the Constitution officially came into existence? Indeed, the CPI(M)’s Sitaram Yec­h­ury raised this very question in the Rajya Sabha.

One might argue that this was the BJP’s attempt to lay claim to the legacy of B. R. Ambedkar whom many regard as the “father” of the Indian Constitution and whose 125th birth anniversary falls this year. But even if we take a more charitable view of the government’s initiative, there were several discordant notes in the PM’s take on Ambedkar and the constitution-making process.

Just as the government’s Swacch Bharat campaign reduces Gandhi to the single issue of cleanliness and hygiene, so does Modi's speech strip Ambedkar of complexities. One of the things Modi said of Ambedkar was: “How many atrocities and insults he faced in his life. If it was an ordinary individual he would have been bitter. But he showed greatness with no feeling of revenge. He attempted to connect everyone. The constitution is like nectar.” Modi’s florid rhetoric made Ambedkar come across as a do-gooder whose only aim was to spread love and happiness. That is akin to caricaturing a man who was a crusader for the rights of untouchables and an uncompromising critic of the practices of Hinduism. Sample what Ambedkar had to say of the religion in Annihilation of Caste, published in 1936: “What is this Hindu religion? Is it a set of principles or is it a code of rules? Now the Hindu religion, as contained in the Vedas and the Smritis, is nothing but a mass of sacrificial, social, political and sanitary rules and regulations, all mixed up. What is called religion by the Hindus is nothing but a multitude of commands and prohibitions.”

Ambedkar’s disagreements with Gandhi, particularly on the caste system and the issue of separate electorates for the untouchables, are of course well known. But it might be worth noting Ambedkar’s views on Gandhi. In an essay called ‘Gandhism’, Ambedkar wrote, “Mr Gandhi may be taken to be not in favour of caste. But Mr Gandhi does not say that he is against the varna system. And what is Mr Gandhi’s varna system? It is simply a new name for the caste system and retains all the worst features of the caste system.” Again he did not set much store by an India ruled by Indians: “Can anyone who realises what the outlook, tradition and social philosophy of the governing class in India is believe that, under the Congress regime, a sovereign and independent India will be different from the India we have today?”

This zeal informs his work on the Indian Constitution. If Modi got it wrong on Ambedkar’s persona, he did not get it right with his near-exclusive focus on Ambedkar as the drafter of the Indian Constitution either. In a rare reference to a foreign scholar, Modi mentioned the pioneering work of Granville Austin only to point to his opinion that the Indian Constitution was a “social document”. It was the very same Austin who wrote that Jawaharlal Nehru, Vallabhbhai Patel, Rajendra Prasad and Abul Kalam Azad were the “four leaders” of the Constituent Assembly and constituted an “oligarchy” within the assembly. To the four leaders Austin added another 16 names—including Ambedkar, K.M. Munshi and others—as the “most influential members of the Constituent Assembly”. Indeed, Austin gave great credit to the Congress party for bringing in leaders such as Ambedkar and the Hindu Mahasabha’s Shyama Prasad Mookerjee to the Constituent Assembly, when they could have been excluded by the Congress’s overwhelming majority.

Austin is not the last word on the Constituent Assembly. But the point is that Modi’s speech in the Lok Sabha elided many of its real contributors. Like in many of the PM’s speeches, soaring rhetoric drowned out the details, holding up a flawed representation of the Constituent Assembly and the men and women who wrote the Indian Constitution.

Speaking of ignored contributions, the Indian Constitution was also hand-written in both Hindi and English; the calligrapher was Prem Bihari Narain Raizada, whose name is seldom taken these days.

In The Very Pits