I know the Raj in its last days could often be snobbish, racist, boring, and self-satisfied but was it always as awful as the Mhow of Chinnery's Hotel? 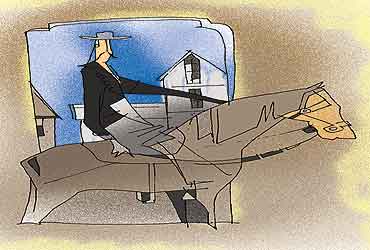 Chinnery
By Jaysinh Birjepatil
Ravi Dayal Pages: 261; Rs 275
AS a child of the Raj, that subject has an endless fascination for me and so I galloped through Chinnery’s Hotel. But like Paul Scott and other novelists of the Raj, Jaysinh Birjepatil made me aware how lucky I am to have lived in Independent India.

All the claustrophobia and the other phobias of the Raj are there in this novel about small-town life under the British, the town being Mhow with its strong military presence. The dominating phobia is the British attitude to the Anglo-Indians, a severe blot on the escutcheon of the Raj. I won’t reveal the tragedy that unfurls because that phobia survives nearly four decades after the Raj in the daughter of the owner of Chinnery’s Hotel. Suffice it to say that it leads to incest accidental and then intentional.

All the well-known features and personnel of British Raj life are there in the Mhow of Jaysinh Birjepatil. There is the cantonment with a commanding officer who protects his soldiers who have beaten a sweeper to death. There is the police officer who tries to do his duty and defy the army officer to see that the principle of equality before the law is upheld. There is a railway official who certainly does not believe in the equality of the sexes, at least when it comes to the servant classes. There is all the usual entertainment for the elite of Mhow: polo, dances, whist, sex and the arcane rituals of a masonic lodge. The class differences—which were as firmly embedded in the British as the caste system was among the Indians—are there too in the cafe started for the British soldiers and the wonderful woman who runs it. But when after all those activities the inevitable Tiger Hunt was dragged in, I did wonder whether it wasn’t all just a little bit overdone. I know the Raj in its last days could often be snobbish, racist, boring, and self-satisfied but was it always as awful as the Mhow of Chinnery’s Hotel?

The Absence Of Air