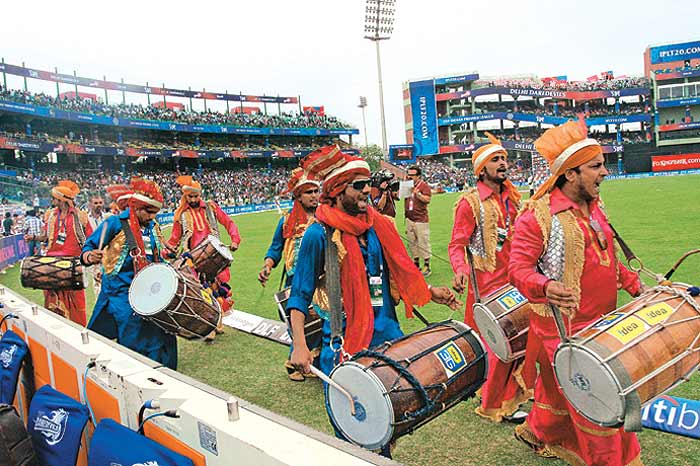 The Indian team is creaking and groaning under the weight of the cricket they’re playing. As India lost disastrously to England, a senior player told Outlook that the team’s tired, in body and mind. It was mentally exhausted after the World Cup victory and the preceding tour of South Africa. Then there was the IPL tamasha, in which several players participated, aggravating injuries they were already carrying. The IPL was followed by the practically conjoined tours of the West Indies and England. “How much cricket can one play in one year? We’re getting drained. We now realise that our careers aren’t going to be as long as that of Sachin,” the player says. “We have aching bodies and tired minds, and we know that it could end one day suddenly, with the amount of cricket we’re playing, if we pick up an injury that interrupts our careers.”

But why don’t the players opt to rest, as the Indian cricket board (BCCI) says they are free to? The senior player points to the dilemma: “We always want to play for the country, and we must play in the IPL because that’s where most of our income is coming now.”

The BCCI should review the handling of players, and decide if it wants to privilege hard cash over playing for India.

A decade isn’t too bad for a dream to last, but it’s over now and it’s hurting. Two stalwarts of India’s golden era in Test cricket—Sourav Ganguly and Anil Kumble—are gone. Three others—Sachin Tendulkar, Rahul Dravid, V.V.S. Laxman—having performed feats of great skill, spurring the team to the No. 1 position in Test cricket, are in the twilight of their careers. The descent from such Olympian heights will not make a pretty picture, as is clear from the ungainly contortions and leaps young Indian batsmen perform when the ball is aimed between their eyes by towering England pacemen. It is a glimpse of the future, and the future is terrifying, and it is finally upon us.

We’re the world ODI champions but, having lost the No. 1 ranking in Test cricket so spiritlessly, are we doomed to remain only one-day wonders? However much the fan may hate it, sooner rather than later Tendulkar, Dravid, Laxman and Zaheer Khan are going to go. What happens after that? “I fear we’ll get thrashed in Test matches—as we were in England, and it will get worse when players like Tendulkar, Dravid and Laxman are gone,” says Ramachandra Guha, historian and cricket writer.

The BCCI has called for a review of the deplorable performance in England. But much of the review should focus on the BCCI’s handling of its most precious assets, the players. It needs to decide between commerce and sport, and set the exchange value between playing for India and playing for a private club. As sports enthusiastic and activist Rahul Mehra, who has worked tirelessly to make the BCCI accountable to its biggest stakeholders, the fans, says: “The BCCI wasn’t created for profit. The officials are not paid a penny because they all hold honorary positions.”

This has been said before, but now when the national team is at its performing nadir in 12 years, it’s useful to repeat—the game will be damaged if Twenty20 cricket displaces long-form cricket as the BCCI’s preferred format. An excess of the T20 format, specifically the month-long IPL, is eating into the roots of Indian cricket. When Kerry Packer launched his World Series, he was gnawing at the roots of the game as an outsider; the BCCI, a home of bewildering conflicts of interests, is doing it from within—and with none to counter it. All the money the BCCI stashes away may not be enough to help repair the damage. Says former Test player Bishan Singh Bedi, who has been an unwavering critic of the T20 format, “This format will kill bowlers, every player and coach knows this. The shorter format of the games came into existence only to make money for cricket. But 50-over cricket is still cricket—Twenty20 cricket is just tamasha that will damage cricket. We’re already seeing that in India.”

There’s a proliferation of T20 cricket around the world. England’s 18 county teams played 149 matches this year; in Australia and South Africa the numbers were lower, 20 matches. But there’s one crucial difference. England, which prizes Test cricket over other formats, protects its players from an excess of T20. A player like Graeme Swann, for instance, plays around eight T20 matches a year, including the ones played for England. Those England players who’re not national regulars can run up large numbers—Ravi Bopara has played 104 in his evolving career, Luke Wright 98. A key bowler like Stuart Broad has played only 45 T20 matches. It’s up to coach Andy Flower to determine whether to release an England player for counties or not.

In the same vein, since T20 was introduced in 2003, James Anderson, England’s premier fast bowler, has played 40 domestic matches. The number for Zaheer Khan, India’s top bowler, is 75—in far fewer years. Munaf Patel has played 48, Harbhajan Singh 86, Sreesanth 53, Praveen Kumar 69, Ishant 69 and Amit Mishra 67. “England is the only team that’s not sending their best players to the IPL,” says Lawrence Booth, editor of the Wisden Almanack. “Some batsmen go but the bowlers have been shielded. Look what that’s done to their performances. Where India can learn from England is in managing their fitness, managing their players.” England’s central contracts that came into existence years ago turned county cricketers into England cricketers. “That was a massive moment, and Duncan Fletcher was largely responsible for that,” Booth adds.

Ironically, India has got that very man as coach now. But Fletcher could help transform England cricket because England gave him power to put country above county. For him to get this authority in India is well-nigh unthinkable. Booth foresees a frustrating time for Fletcher, for he’s a meticulous man who likes to control everything concerning the team’s welfare. “It could be a frustrating time for him,” Booth says. “He’s a brilliant one-to-one coach, but can he change the Indian cricket set-up? I’d be very surprised if he is able to. There are a lot of irrelevant Twenty20 and ODI matches, and I think he’d probably think it’s not ideal. But I don’t really see how the IPL issue is going to be resolved, because the BCCI is in bed with the IPL, it makes too much money from it, and there are so many conflicts of interest in it.” 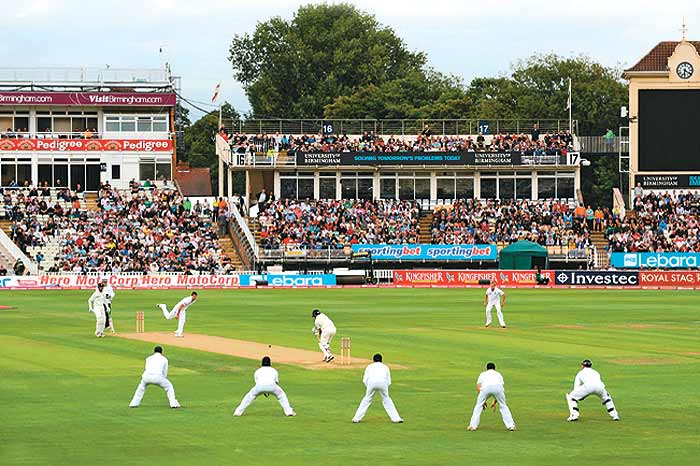 The third England-India Test in progress at Edgbaston. (Photograph by Reuters, From Outlook, August 29, 2011)

Senior Indian players, including Tendulkar, believe that the toughest form of the game, Test cricket, should be monetarily the most rewarding format, making it more attractive and prized for younger players. But with the BCCI sold on the IPL circus, this off-season tournament is an immovable reality. Also, for the sake of financial security of friendly cricket boards, the BCCI commits to lots of senseless one-day cricket with them. Which means that the players keep on being mercilessly flogged.

Players like Tendulkar believe Tests should be monetarily the most rewarding, making it attractive for the young.

A team member (other than the one quoted above) points to the burden Indian cricketers, particularly bowlers, are shouldering. “Praveen Kumar has already bowled 158.3 overs in this series. He bowled 110 in the West Indies. Ishant has bowled 142 in England, and 124 in the West Indies. How much can these guys bowl without collapsing? It’s very careless of the board to make us play so much, and it has to realise that it’s damaging bodies and careers—and consequently, the Indian team’s prospects.”

This player says that it’s not fair of the BCCI to tempt the players with massive amounts of money, and then let them be open to the accusation of being “unpatriotic” if they opt out of national duty. Sunil Gavaskar wrote recently that the BCCI must designate players to be rested. England is doing it this way, as planned by Fletcher years ago. If only he had his way, and do the same with India!

The Last Ditch In N. Kivu