Growth vs development, Bhagwati vs Sen. Both are right, say experts. 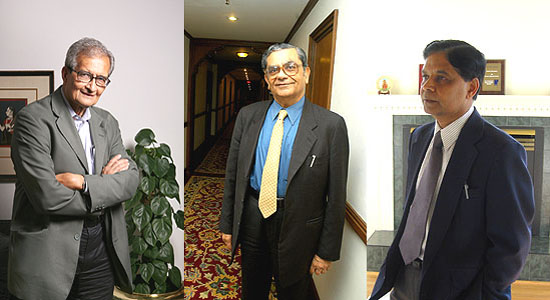 “You must ask Professor Sen, not me, why he will not engage in a debate with me…. After all, he is the one who used the phrase ‘argumentative Indian’ to describe Indians.”

“Ours is not a growth story. They (Bhagwati and Panagariya) argue that growth matters, we absolutely agree. We’d like to go much further than that.”

“The truth of the matter is that Mr Sen has belatedly learned to give lip service to growth, which he has long excoriated as a fetish.”